Finish Selecting Your Vehicle to Shop For Your Control Arm

Choose a Year for your Acura 's Control Arm 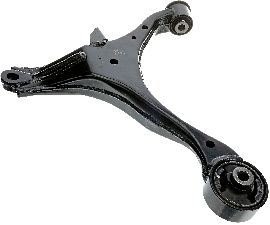 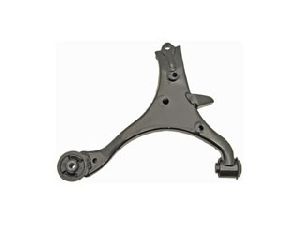 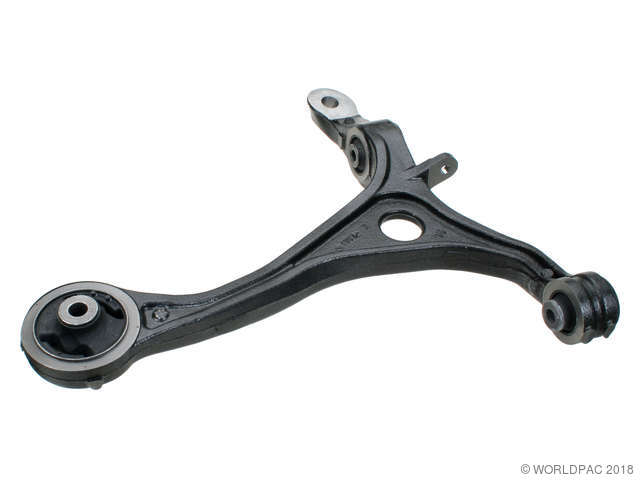 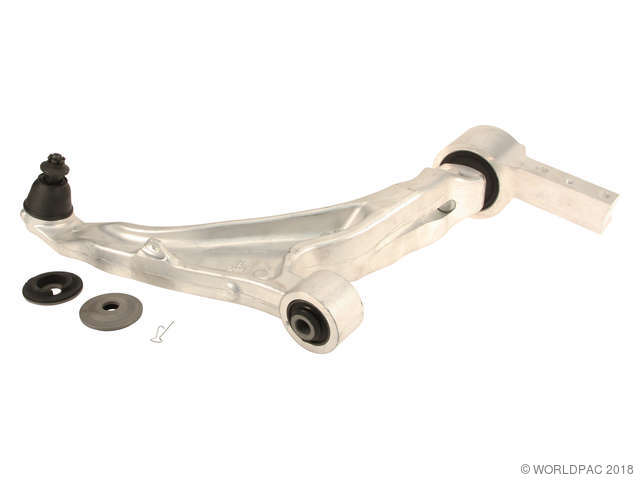 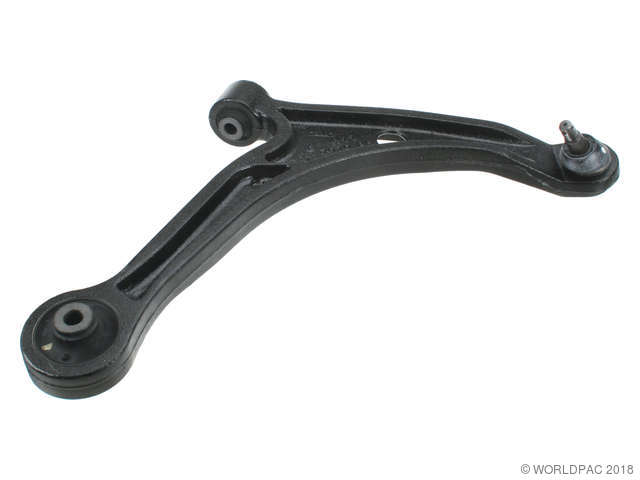 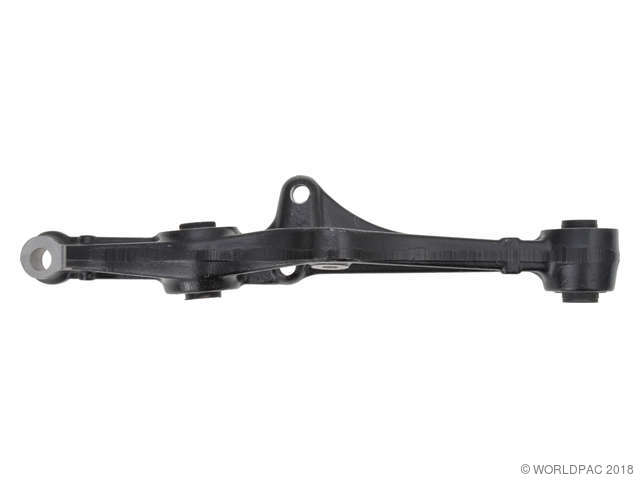 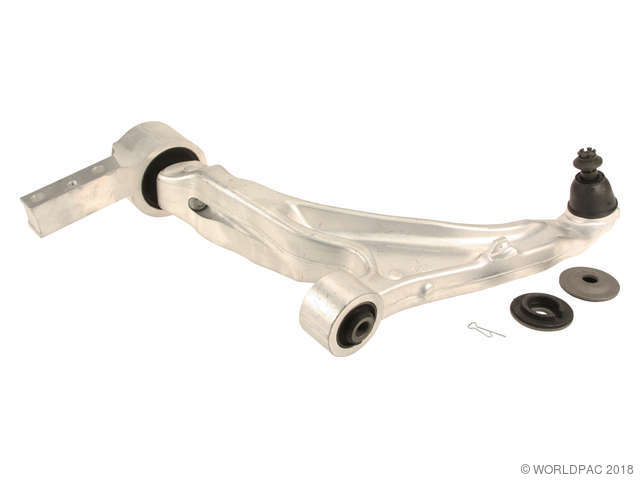 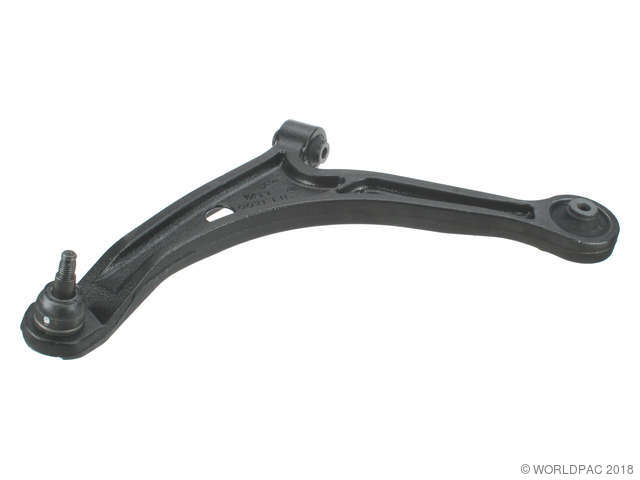 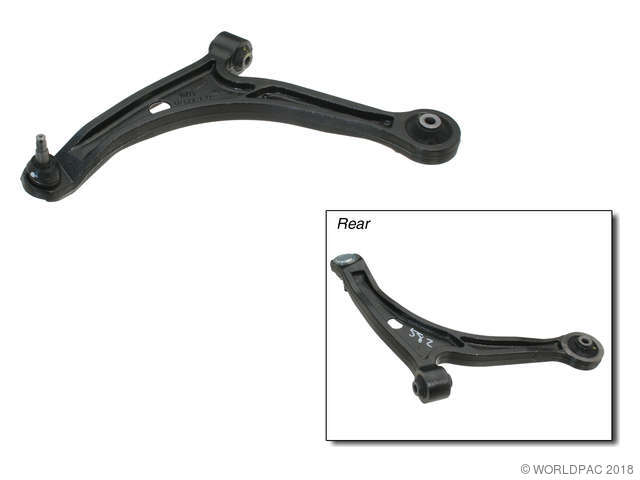 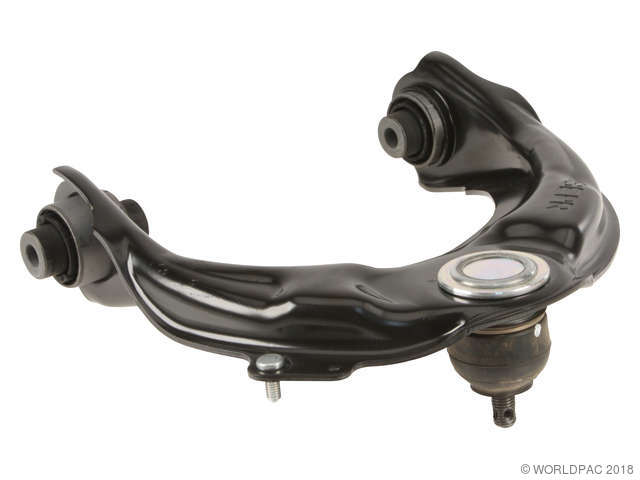 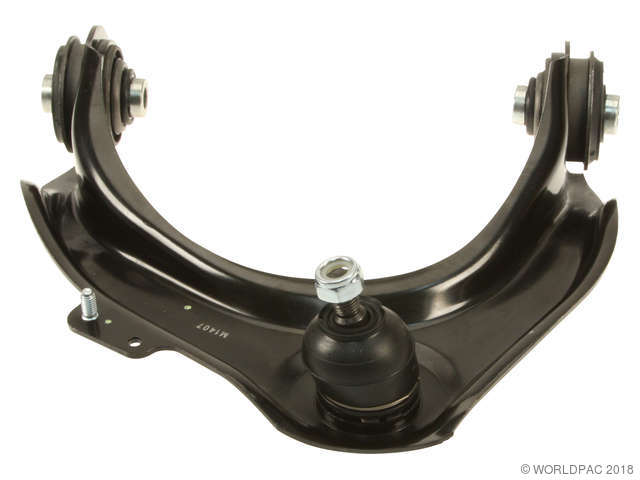 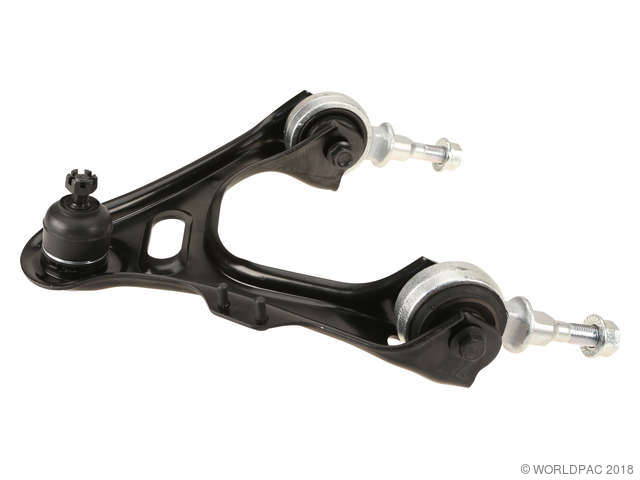 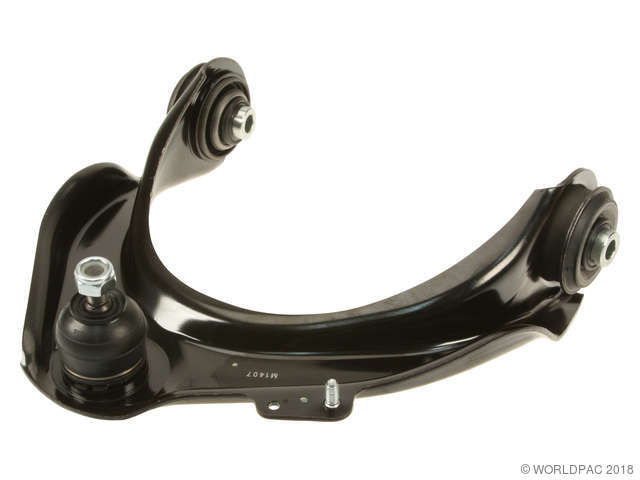 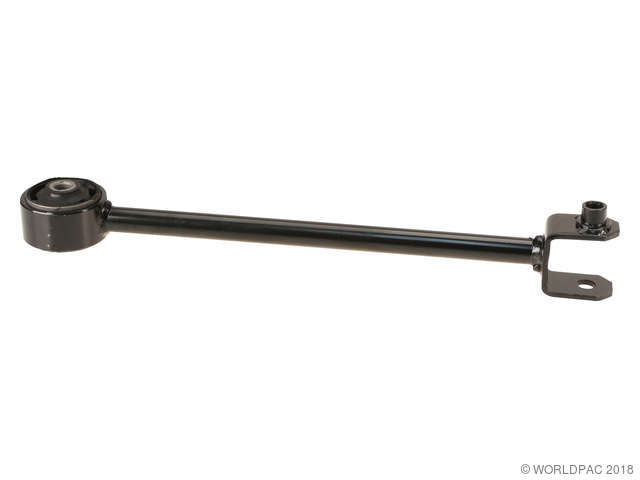 Hello I have a 2001 Acura Mdx that was running fine for a few months once first purchased used. Having issues with transmission e.g. Hesitant sometimes when switching between 1-2 gears, wouldn't go in reverse, truck shakes randomly at different speeds, when very hot brakes lose pressure almost pedal to floor when braking. Started doing research on issue and found out about recalls, contacted Acura dealership. Acura said that MDX had already been serviced for that recall and unless the car didn't run I would have to pay for labor and tranny replacement of about $5,000.00. I just recently purchased the vehicle so I definitely did not do the repair from Acura. For one I know for a fact they didn't even look at the transmission to see if there was any discoloration or gear chipping. They looked up system check tool read the code and said yea you just have to replace the transmission. After that driving Mdx daily problems started to fade with no work done to tranny, then months later started up again. Took it to local mechanic and told them I wanted to price how much it would be to buy and replace tranny, after having truck several hours they called me back and said the error code is pin-pointing solenoid a and b, said tranny and gears were fine just needs solenoid a - b replaced. I said okay about two to three days later they call back and said that solenoid a and b were replaced but did not fix issue then immediately said I'll just need tranny replacement. I've just recently had my front lower control arm, brake pads and rotors replaced. Now having shaking/vibration in steering wheel at speeds above 60 mph. Thinking about replacing tranny control module, torque converter, and adding super oil cooler or should I just purchase rebuilt/reman tranny? And if you say just purchase rebuilt/reman tranny should it be from same year because I'm worried that they will have same issues? Any help or new insight on this issue would be greatly appreciated, I have a family and I don't want my MDX to lock up on me since the Acura dealership doesn't care our safety. I have a 2001 Acura MDX v6 3.5 engine with about 149K miles....Please help!

Which trouble code numbers are showing up? I don't think you should go replacing the trans control module unless you know it is bad. If it is being diagnosed as a faulty transmission, your best bet is to have a reman installed or have a transmission shop go through it.

Showing 3 out of 5 Posts | Show 2 Hidden Posts
Question From Jessika on 2006 Acura Shaking, Stuttering, and Dying at Idle

I have around 42,000 miles on my 2006 Acura TL with a 6-speed manual transmission. It has been a few days since I last drove my car and today I started noticing mild difficultly accelerating in first gear, it was like there was a drag on the car, similar to taking off with the parking brake still engaged. It seemed like the car just did not want to move starting out in first gear, it was like pressing on the gas and getting a 1/4 of the response. The drag was not very noticeable in the other gears while accelerating, mostly just first gear when I was starting from a stop or near stop with the clutch pushed in at idle. There were also weird rpm drops when I pressed in the clutch. It seems the tach dropped lower than I remember it typically dropping for idle as well as hanging/bouncing at different rpm levels that I have not seen before. Usually there is only one hang I notice which I believe is done for rev matching.

I also noticed a mild rough abnormal idle which proceeded to get really bad....all within about 20 miles of mainly city driving. As I pulled into my driveway my car was idling really rough, loud, sputtering, shaking, and on the verge of dying (dash lights going on and off). The only thing that helped me get up my driveway in first gear was pressing in the clutch and revving a little for a higher rpm, then releasing. My car was sputtering, and dying, then coming back alive with the application of gas in neutral (clutch depressed). The very loud idle sounded almost like when the engine turns over but won't start. At a higher rpm around 3,000 - 4,000 the rough idle dissipated and the car seemed *almost* normal. It died several times and I kept restarting it and giving a little gas to keep the rpm up high enough to limp it into the garage. At higher rpm such as driving on the freeway, and in gears other than first it seemed okay but I can't be sure because it was finally at its absolute worst as I arrived home. I also noticed an egg odor after I exited the freeway that I believe came from my car, but I have smelled that before so it may not be relevant.

It seems that the low rpm, which is running lower than usual at idle is causing my car to die. However, I have no clue why this is happening and why my engine sounds like it is going to blow up. It truly sounds awful.

I don't drive my car hard...sometimes a little spirited, but mostly average and I have never hit a wrong gear i.e. aiming for 4th and hitting 2nd.

I also use premium fuel, 91 octane here in California as required/recommended by Acura.

I have only done the maintenance required according to the driver information system. I have not changed spark plugs or timing belt. I believe I had the air filters changed and I have had all of the oil changes completed at the appropriate intervals.

I have had the clutch master cylinder and battery replaced under warranty.


Thank you for any help and information!

This could be more of a problem than balancing. You should still have a warranty use it, and let the dealer correct it. Rack & Pinion is a consideration upper and lower control arms, ball joints. Who knows. The dealer knows let him eat it.

This could be more of a problem than balancing. You should still have a warranty use it, and let the dealer correct it. Rack & Pinion is a consideration upper and lower control arms, ball joints. Who knows. The dealer knows let him eat it.

____________________
(links not allowed)
Thanks for the response but my warranty is over....4 years or 50,000 miles, whichever comes first. I am kicking myself in the butt for not driving the full 50,000 within the first 4 years as I believe many, but not all, issues are more mileage than time related (other than time spent idling). However, it is definitely not a steering or balancing issue...I'm positive it was engine, electrical, or fuel system related....or something along those lines.

As an update I couldn't help but start my car back up again.... there were no lights (don't remember seeing any when the problem occured either) and everything was running normally....I don't get it. There was definitely something seriously wrong earlier and I am sure it will be back. I didn't actually drive it so I will do that tomorrow and see if the problem comes on gradually again like before. Hopefully I will get a few more responses as to what the problem could be.

Also, now that I think about it the sound was something between a severe knock (sputtering) and the sound of an engine trying to turn over.

Abbass : Site is open to comment or suggest but please read the posts first. WTF would front end parts have to do with a stumbling engine? First day you start advertising - wrong and stop that at once!

Jessika: If you can, get codes read. Anytime engine isn't running properly they should be in storage. Tons of around town driving if constant may be a factor never warming up fully perhaps many times?

That egg smell that you said you smelled before could be and probably is your car. That could be an overworked catalytic converter up to it being an exhaust restriction now and if so very well could be sending misinformation to engine controls hence the stumbling, idle changes, and more.

You may get a code for a catalytic converter but more likely that it is the result of another fault not the source problem but still could be damaged/plugged up.

Do you plan on fixing this yourself? Still for now I suggest a diagnosis done professionally and decide from there. If no MIL (malfunction indicator lamp) is lit when running it should be by your description. Just with key on run the bulbs should light as a bulb check and some cars need that light to work or crazy things happen.

More: Does this car have its original battery? If so that pushing the limit of its useful life and may be a factor. Door jam should show date/month it was made which could be 2005 to mid to late 2006.

Targeting the problem areas via diagnosis with high end scanning tools should go a long way to save tossing unneeded parts and be worth it,

Thank you for your response.....very late update.....I ordered a code reader, no codes, took it to Honda, no codes. Problem disappeared shortly after it started, maybe bad gas? Car requires premium fuel, which is not very popular so perhaps there was some contaminant in the gas. The egg smell is slight only at full throttle, like redlining every gear, which I rarely do, and the smell seems to be the norm for this car and the last Honda I had. The car battery was replaced under warranty once around mid 2008. Battery will die and car will not start if I sit (car off) with navigation screen on, so I avoid that. A battery charger seems to work if that occurs though. Anyways, thanks to everyone who responded and I'm sorry this thread couldn't serve as a future reference to anyone else with the same car and same issue.