Finish Selecting Your Vehicle to Shop For Your Brake Pads

Choose a Year for your Infiniti 's Brake Pads

We stock Brake Pads parts for most Infiniti models, including J30, M45, Q45. 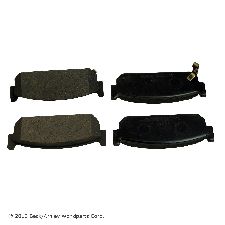 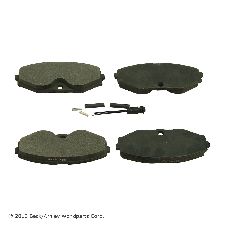 Showing 3 out of 3 Posts
Question From Pantherking on 2003 infiniti g35, VDC Off, SLIP, and Service engine soon light

Alright so today I began to pull out of my neighborhood when i felt the car lock up for a second and keep going. The VDC Off, SLIP, and Service engine soon light all came on. so i turned around and parked. the car had a bit of a rough start up so i drove it around my neighborhood for a bit when while in drive and going at about 25 mph, it stalled and then turned off. it wouldnt turn on for another 15 minutes and i barely got home.

now this is really the first major problem I've had with this car since i bought it new in 2003 minus a replacement battery last week a some new brakes a few years ago, other than that it's been fine

Ive done a little research but most of the problems ive seen dont have a stalling/unresponsive engine and the fix is usually new brake pads and/or brake fluid. any help would be great as i really dont want my wallet to be raped by the dealer....

Edit: just in case it's needed, I just changed the oil about a month ago

You need to start off with the rough running problem (SES Light).

Most systems will automatically disable any vehicle stability or traction control systems when there is a drivability problem due to the imbalance of power....

Most of the time when the engine problem is fixed, all codes clear the systems will operate normally.....

Now if those lights were on before the rough running problem & SES light.........That would be a different story....

Need to have the vehicle scanned for trouble codes. The codes may help you in determining what system is at fault and a starting point for troubleshooting.

Hey guys. So I recently just bought 2006 infiniti g35 coupe about 3 months ago with ~93,000 with manual transmission.

It's an awesome car and obviously i love driving it.. But since i've had it (and honestly, i didn't really noticed too much on test drive) its had a softer brake pedal. Like often times i have to double pump to get the brakes to get a little more firm/more bite. I put new brake pads on the front and bled the front brakes. Seemed to be doing better after that but still somewhat inconsistent on when the pedal would be soft and sometimes I have to go all the way to floor for them to even slightly engage. (A little scary but pumping them would always stiffen the pedal up enough to be able to stop) Then about a month later (this was a few days ago) I was driving and the brakes completely failed. I was coming to an intersection with a red light, had downshifted all the way to 2nd, and was going about 15mph. I stepped on the brake pedal and nothing.. So i pumped the brakes and still nothing. Tried pulling the e brake, but nothing (i think my cable is stretched out, so a different problem all together). Luckily i was able to glide into a grassy area right off the turn and the car stopped. So now obviously i am scared as crap to drive it, although the brakes are back to where the previously were.. Having to pump brakes to get pedal to firm up. Seems harder to brake at higher speeds maybe?
I tried bleeding them again and flushing out the system.. But i found that there was no fluid coming out of the left rear or right front this time.. Could this be a master cylinder, the brake lines, or proportioning valve? How can I tell what the problem is? Any suggestions would be appreciated.
Thanks.

Put a new master cylinder in it the other day and it seems to be working much better. The pedal was notably stiffer even just bleeding the brakes and lots of fluid came out all 4 calipers. Car can stop on a dime now @ 60mph. Seems to be fixed. Thanks guys.

When the brakes completely went out was the red brake warning light on or was the fluid level low? If the fluid level was good and the brakes went to the floor all the sudden, i'd suspect master cylinder. Left rear and right front share the same brake fluid circuit from the master.

Fluid has been at the max level since i bought it and no light came on when this happened. I've ordered the master cylinder, just wanted to make sure I wasn't completely missing something.
Thanks

Highly likely when fluid is still full. Seals rip inside, catch or don't especially after pedal travel has gone to floor there could be flaws where it seals down that far the tore them.


That just to make this thing stop. Bench bleed like a maniac and be sure it's right. Bleed according to strict procedures. This imbalance of pressure when it didn't work should have warned you of a problem and didn't which is proof that car is messed up from changing out trans no telling what isn't in place or compatible with this thing now but you have to be able to stop it,

k - Nissan was pretty standard through out the model line with ABS by 2006- What is the ABS module saying - light on any codes? for that Matter ANY codes ABS or PCM?

No offense but not you have one heck of a messed up car. No telling what got messed with to change trans from auto to manual - that and what was removed including brake parts that required re-routing or who knows and bled out which alone can wreck an older master cylinder or can leak or go at any time.


It had a pedal for a while so I say not lack of bleeding it but now something let go. Some don't show leaks some do. Master can just by-pass fluid inside itself but catch pressure with a second or more pumps. Probably a prodedure for bleeding out if you touch it at all but at least make sure fluid is properly full with proper fluid and if not find out where it went in 3 months!

I used to have a automatic. This is a totally different car with a manual transmission. Sorry for the confusion.