Choose a Year for your Ford E-250 Econoline 's Alternator 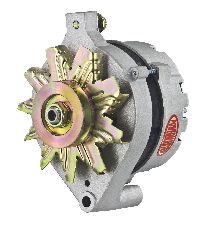 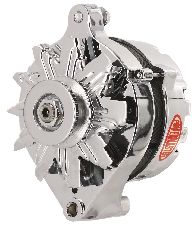 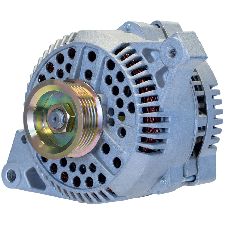 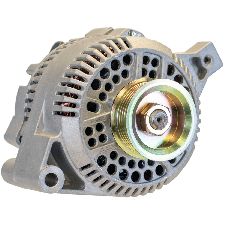 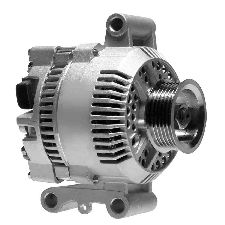 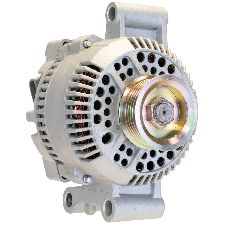 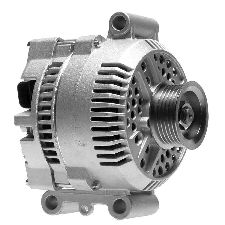 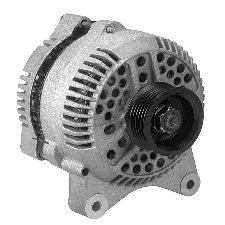 Ok...im importing this from another forum i had posted on..i havent been able to get a response so i came and found you guys...
Let me know if there is anything else that would help in the diagnosis..

Now the issue.
I have a 1986 e250 cargo van with a l351 v8. the wiring is a mess from a previous motor swap or something not sure.
My van also has a smartstart breathalyzer unit installed in it.
I have a new starter, starter solenoid, and new battery with new terminal cable ends. I replaced 2 of the fusible links off of the starter solenoid, and will have to go back to the auto store to get more since i bought the last of them :-/


So i turn the key to the on position and the dash lights go on, breathalyzer initiates and i pass my breathalizer test and turn the key to start and im getting a half or 2 half cranks and then total power failure. EVERYTHING, lights, heat, dash breathalyzer. Now this is on a COLD start, i seem to be able to turn the key to off and then back to on, pass breath., then start and get a good solid cranking until it starts.

Then, if i take my van somewhere, turn it off and then restart it very soon after while still warm, it doesnt want to go...very poor cranking, or total power failure. Now if it's poor cranking i cant seem to get it to start without a jumpstart(possibly draining the battery by failing to start?), if i get a total power failure, it seems to work if on my second attempt i turn to on, pass breath, then instead of turning the key to start i get out and arch the starter solenoid i can -sometimes- get it to start.
If i just drive straight home, park the van and dont attempt to start it again until the morning, i pretty consistently get the initial power failure, then it cranks right over on the second cold attempt.

Now i have had the alternator tested, battery is new, new starter and new starter solenoid, from my angle, all of the wiring to these 4 items is good and clean connections.
The 2 fusible links i didnt replace are the 2 that i believe are running to the drivers side, maybe EEC and...? These 2 fusible links come from one Olink on the starter solenoid, then the wire splits into two wires where the fusible links are located, one at 16GA and one at 18GA, yellow/blk and orange/blk(not sure which one is the 16 and 18 right now but hopefuly you get the idea)

Also asked the people at the breathalyzer installer guy to check the wiring, he said it couldnt be responsible for what i am experiencing, so thats all i know.

Sorry if that seemed like a long posting for what is hopefully a simple answer, but i figured i would lay it all on you instead of bouncing posts back and forth,

Thanks in advance,
-James

Again, i seem to have enough to start the vehicle on cold starts, but struggles on the warm starts.
Also, disconnecting the negative terminal for a minute then reconnecting seems to allow me to start on warm starts.

Thanks again to someone who is reading this :-D
-james


****edited I am no longer experiencing a TOTAL power failure..but still very sluggish cranking and not starting

Ok...sorry..i dont believe this is a DURASPARK since the ignition module says MOTORCRAFT...same wiring different name?...and could this be the fault....again, van wont start when warm...starts good in the mornings on cold starts...unhooking the battery and reconnecting it seems to allow me to start.
thanks,
-james