Choose a Year for your Dodge Ram 2500 Van 's Alternator 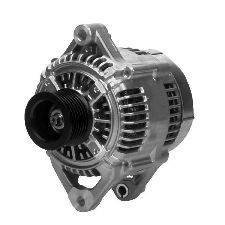 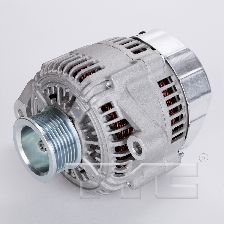 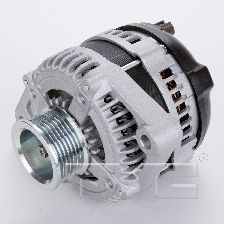 I heard a vacuum leak can cause a rough idle, my steal vacuum line from tank to evap canister is rusted out. will this cause truck to idle bad?

I am sure the check engine light is on, but are there any other codes besides the one(s) for the EVAP system?

its throwing a "random misfire" and a "bank1 02 sensor high voltage." the idle spikes from 500 about to stall to 1200. i saw what could cause random misfire so i replaced all 8 coils and plugs, battery is good so the only thing left is a vacuum leak, a tleast thats what was recommended.

Well, you should repair the EVAP line, which ever it is. Then you may need to find a shop that has a smoke machine to find any other vacuum leaks.

does the old carb spray trick still work? spraying over lines and see if engine revs? or will that damage something.

off topic, how is me calling someone with bad advice a "backyard mechanic" a banable offense? or does that offend the little ones around here.

Creating alternate user names after being banned is also a ban-able offense.

The carb spray trick does work, but since the idle speed is controlled by the PCM, it can compensate. I believe on the Dodge you can unplug the idle speed motor, so the PCM can't adjust the idle speed. Makes determining when you hit a leak, easier. Some leaks may be hard to get to with a can of spray. You also run the chance of the stuff catching on fire when it gets on something hot. I have found the smoke machine makes finding vacuum leaks so much easier because the engine isn't running and blowing air all over the place and it is visually picked up.


A lot of people on here devote a lot of time trying to help other people. People do get frustrated because they want to help someone, but there isn't enough information to go on some of the time. It's difficult working with DIY because they might not know the lingo or have the tools or knowledge on how to troubleshoot some of these problems. With so many people coming and going there is going to be clashes every once in a while. Some of the people on here are professional technicians and shop owners and take offense to being called backyard mechanics. That's like a slap in the face.

You can also try HT's favorite, "Scotty Kilmer's method of finding a vacuum leak with a cigar". LOL sorry it's Friday and happy to be able to sleep in tomorrow morning