Choose a Year for your Dodge 's Water Pump 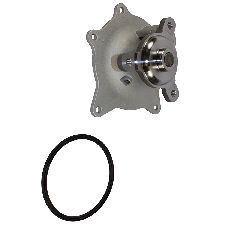 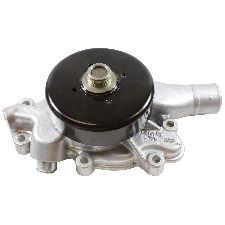 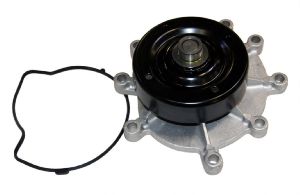 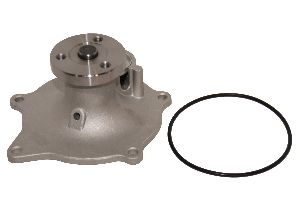 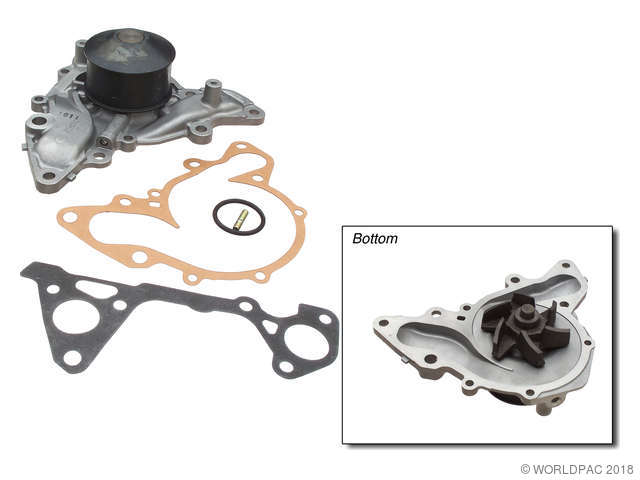 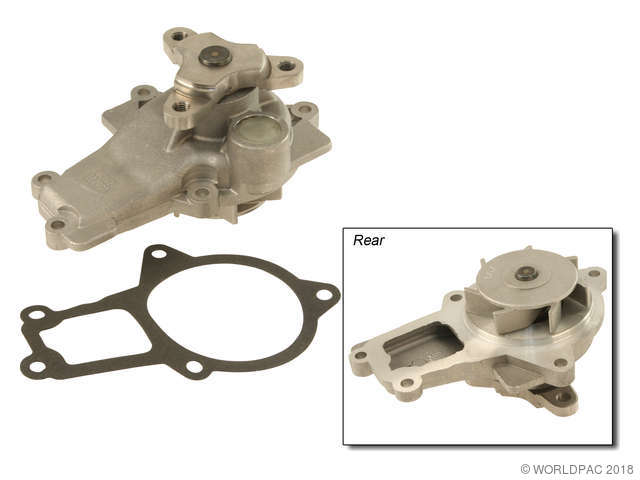 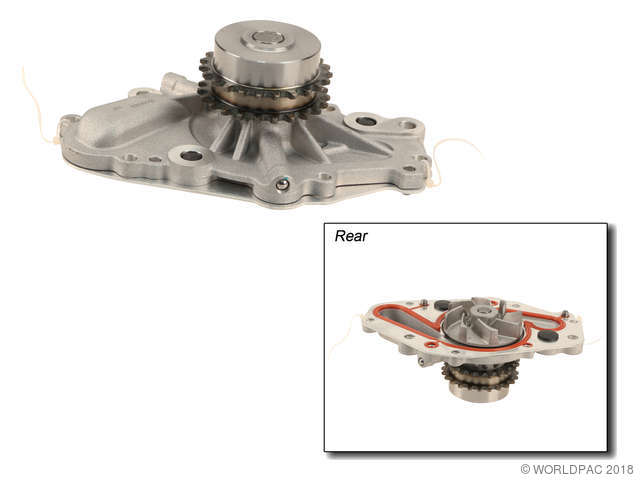 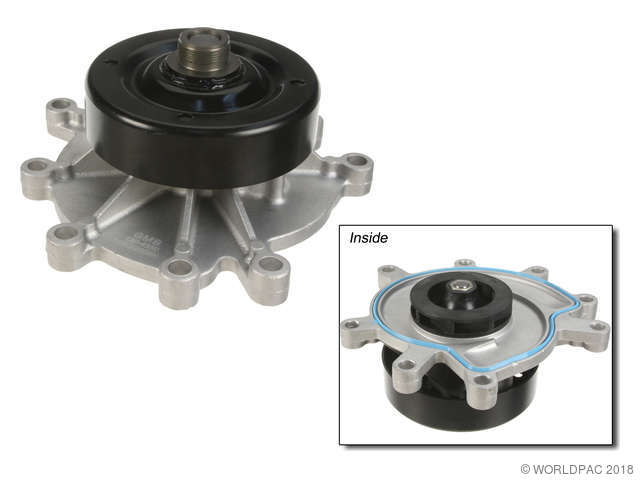 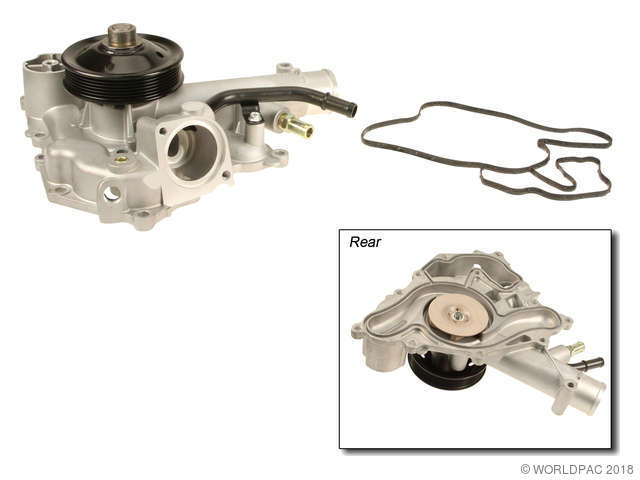 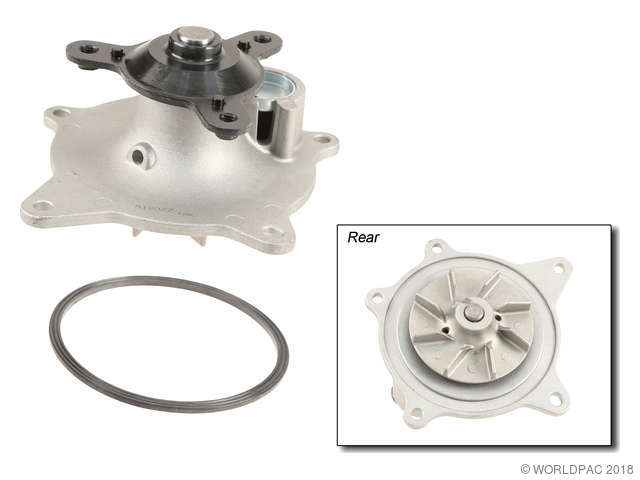 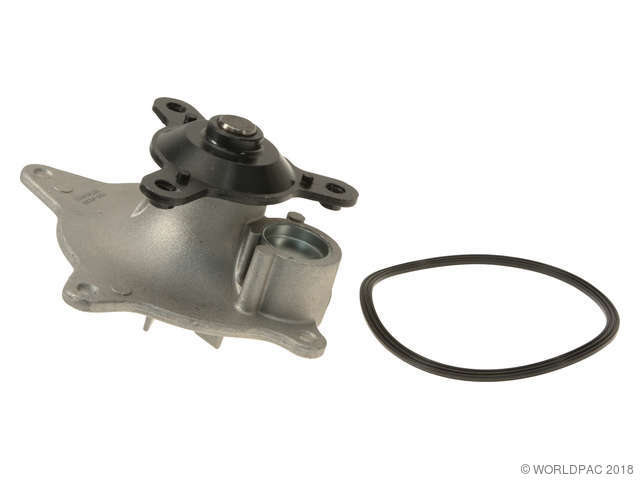 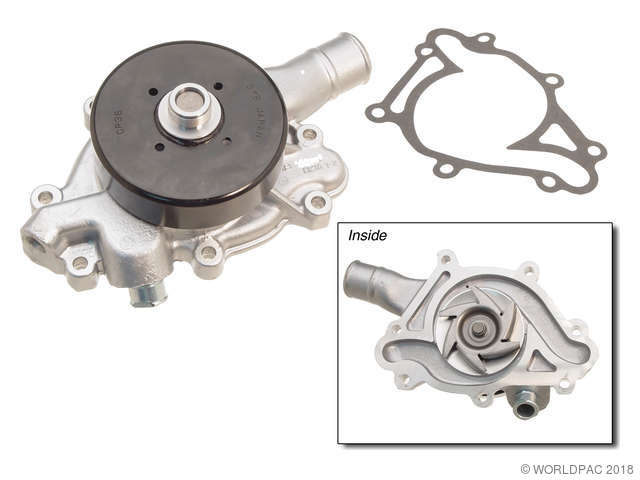 I have a dodge caravan 1995 3.0 motor, but I can find the water pump to replaced, because is leaking a lot of water. if some one know how to do it and were is located, it'll be grate.

Passenger side of the vehicle, underneath a lot of stuff, including a large cover plate. Pumps on these engines are quite involved to change as they are driven by the timing belt.

Click right here and a site will appear before your eyes that has the information you seek.

I can't access the last bolt on the water pump to my 1991 Dodge Shadow.

Manuals says to pull the hoses (done), the ac compressor (done), belt (done), wiring (done), alternator (done)...
Then it says to pull off the water pump... one problem. There is a large mount on the engine than connects directly
to the motor mount. Of course the last bolt on the top of the water pump is behind that. No way to get in there
with wrench, socket or anything else. Do I actually have to lift the engine and remove part of the motor mount to access the stinkin' water pump in this thing? This is ridiculous!

thx for any help, tricks that you know of. Much appreciated.

Your probably trying to separate it at the wrong place.

If your talking about the A/C compressor bracket, that has to come off too.

Hello. I have a 2000 Dodge Caravan 2.4 that needs a water pump replacement. I've called two shops and both have quoted me in the $400 range. One shop said it's a half a day job.
I've tried looking under the hood and from the ground and could not locate the water pump. That leads me to think that it would be a difficult "do it yourself" job.
Any comments or experiences with this specific job? Is it something that a DIY could do? Or call around for the best price?

If you have no problem replacing the Timing belt then you
should have no problem with the water pump, as you need to remove
the timing belt to replace the water pump .
I would replace the belt and belt tensioner and the
cam and crank seals that way you will save money on the long run
as a timing belt is best replace at 50-60.000 miles
Two jobs for the price of one the only extra money is the belt,tensioner and seals.
You will have to make sure you are confident in doing this replacement job as if
the timing belt is incorrectly replace it could damage the internal moving parts of your
engine and that is a very costly repair.
Indy Tech

Looks like I need to do this and was wondering if it is fairly easy. I havent worked on any cars lately so I am out of touch with the mechanics field. All help would be highly appreciated

Seems doable. Fig 1 below seems to show the best -

Do not disconnect the air conditioner compressor lines during water pump removal. The compressor can be moved far enough out of the way to remove the water pump without disturbing the refrigerant-filled lines. A/C system refrigerant lines require special knowledge for servicing, refer to the A/C system cautions and warnings in this information for further information.
To install:

Thanks for the info Tom!

1997 Dodge 2500 Van
318 engine, all power equipment
130,000 miles.
I developed a leak & I am trying to track it down. Whenever I put water in the radiator, it starts running out somewhere above the fan. The engine dont have to be running.
After I removed the serentine belt I find if I lift on the fan there is a lot of play in the shaft. ( I assume this is the water pump ) I need to know if this is normal. I also need to know how to remove the clutch fan from the shaft if I have to replace the (water pump)?
Thanks, jackg.

No, the play is definitely not normal and a sign of a bad pump. If you getting a leak above the pump, it's probably the bypass hose. They have a lot of trouble with them. You should change it automatically with the pump anyway.

Can you tell me how the clutch fan comes off of the water pump shaft? Is it pressed on?

No, it's threaded on. they make a special wrench for taking it off but it really doesn't work that well.

Here's a trick that works well.

Leave the belt on for the moment. Find the longest chisel you can and a heavy hammer. Position the chisel along the left edge of the nut and hit it sharply with the hammer. The nut will break free rather easily and then spin right off. You can tighten it the same way.

Is that the large nut behind the fan?

Thanks Hammer Time, I'll let you know how it turnes out.
jackg.