Finish Selecting Your Vehicle to Shop For Your Timing Chain

Choose a Year for your Mazda 's Timing Chain 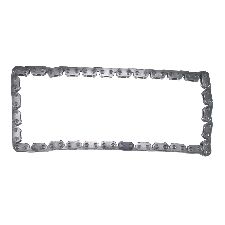 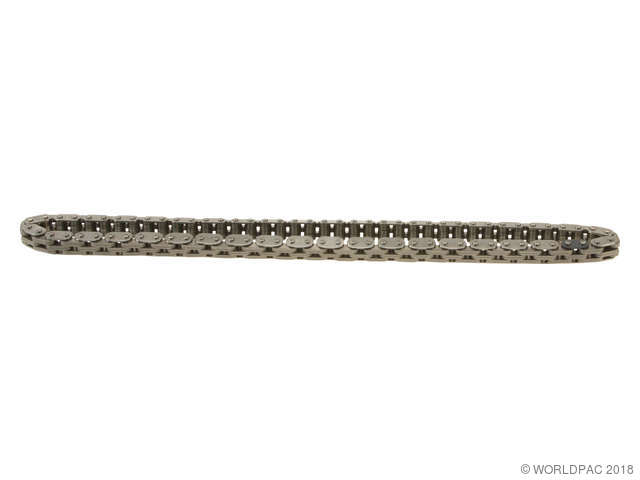 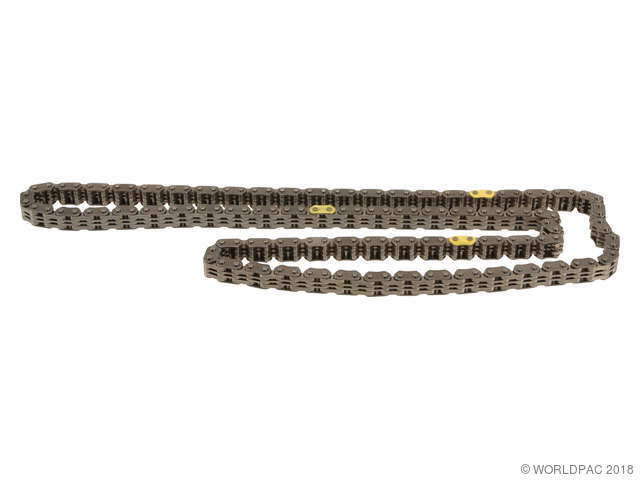 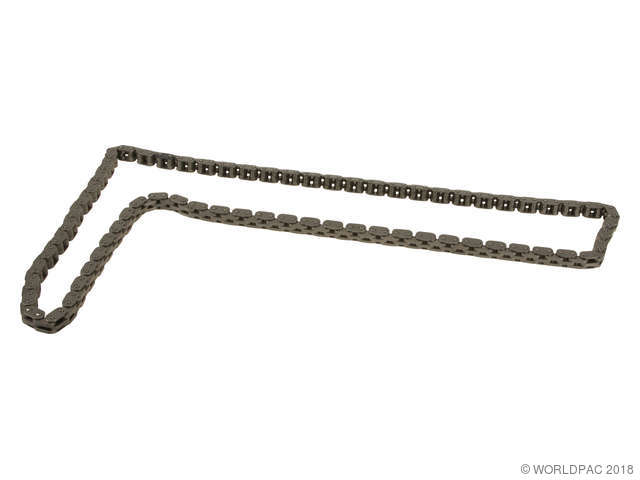 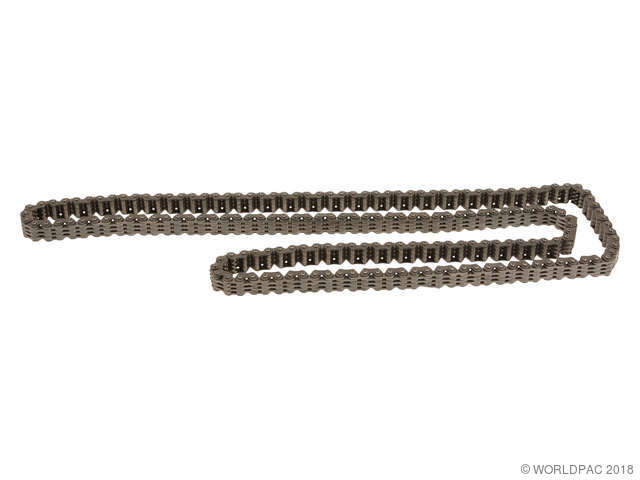 Yes, i have the car above, and i was driving it about 100 miles away from home and i noticed it started running oddly like it started to die. Then i started it back up on the way home and noticed it seemed to be missing, so i decide to drive it home. Between there and home, it started approx. 3 times and when i got home, it didn't start back up. I have concluded that one of the timing chain tensioners broke due to the really loose timing chain. What i need to know is if anyone else has had this common problem, and if this engine is an interference engine. Any help would be appreciated, so thanks very much. BTW i am in my last year of college for automotive tech so things don't have to be explained as if i were a beginner. Thx again.

Hey big_block, apparently this a pretty common issue. I have the exact year, engine etc. with ~ 74000 miles on it. Well cared for with regular oil change intervals. She shut down on the highway. Timing off ten degrees. Now the worst part, $2500 to replace timing components! I have replaced many timing chains on 70's & 80's vehicles in my time and these ran typically to 140000 plus before required maintainance. < $100 worth of parts and a day in the yard. I guess the Mazda is a real pain in the butt to fix? Whats makes this so complicated? I am in the process of contacting Mazda directly. I don't expect to get anywhere but it will be fun for personal release.

That's not a common problem on chain driven motors, not at that mileage.

Have you run a compression test or tore it down to confirm it jumped time? How did you arrive at your conclusion?

well first of all, its tore apart so i know its a broken tensioner, i forgot to mention that, but i haven't pulled the head and was just curious if it was an interference or freewheeling engine

Well that would confirm a diagnosis.....

Yes that is an interference engine.

If you have any doubts on yours just look at the procedure for changing the chain in your database. I guarantee there is a footnote when lining up the gears to do it a certain way or engine damage can result.....that means it's interference.....

I'm surprised yours when out so early, I'm thinking that it had to have been making noise for a while......

Actually no it just all of a sudden started misfiring then when i got home it didn't start so we jerked it apart and yea we checked it out...definately an interference engine all intake valves on front bank are bent

Wow..... That sux. Well it happens, usually you get some kind of warning but unfortunately as you see here....... Not always.

Ditto - I've never seen or found a listing on which engines are or aren't interference but some procedures will say so,

90 Honda Accord EX 4cyl automatic. Anybody know weather or not this is a non interference motor or not. My wife was driving it yesturday and all the sudden BOOM! The timing belt ripped in half. Ouch! Started taking it apart last night and ran into a bit of a problem. I can't access the lower cover on the darn thing. Even with the wheel off and removing the plastic wheel well I still can't access it! The Haynes manual sucks. I shows the damn thing as a bench motor. I wish it was that easy!

Thanks for any help,
nick

That's why I still prefer engines with timing chains,
despite the added noise. A double chain is the most
durable. Some of the Mazda 808s with single chains
in Malaysia in the 70s were notorious for snapping too.
It appears engines with timing chains are making a
comeback these days, though these are mostly single.
Timing belts are simply not cost-effective nor safe - a
snapped belt would likely be catastrophic for an
inteference engine.

It's advisable in Malaysia here to change the belt
before the manufacturer's specified interval. This
is because, with heavy traffic jams common, the
odometer would be understating the true engine
usage. Moreover, the extreme temperatures here
may well shorten the life of crankshaft oil seal with
resultant leaks into the timing belt area.

I sure wish I would have read these postings two years ago....my belt went out at 55,000 miles (manufacturer suggested replacing at 75 thousand miles!) and my engine was shot! Had to put another engine in there at great expense. (in the middle of nowhere when it happened) But live and learn....thanks for the suggestions on here. Hopefully others will read these posts and check/replace their belts EARLY.

Yes, I remember, during the 90's, I was thinking
of buying a used Daihatsu Charmant which came
with a Toyota 2T engine initially, then the Toyota
4A-L engine in the later models.

One mechanic told me to go for the 2T, a hardy, older
short double-chain driven OHV engine, rather than
the belt-driven OHC 4A-L, despite the higher fuel
consumption. He commented that these belt-driven
engines were "useless troublemakers", and that it was
silly and dangerous to design an engine using a flimsy
belt to turn the heavy camshaft.

He was the one who reminded me that the odometer
would not be accurate to determine the belt change
intervals, due to the engine still running at idle in
heavy traffic jams. He also reminded me that the oil
seal which prevents the oil from leaking into the belt
casing won't be as durable in the extreme running
conditions of such jams coupled with hot temperatures.

After you figure out how to get the lower cover off you may as well continue on and pull the cylinder head because yes itâ€™s an interference motor. I think it would be a miracle if the valves were not bent.
Dan.

If by "interference" you mean this motor crashes valves into the pistons - some do that with broken timing belts - then you may just have a lawn ornament of an engine! Why oh why did you let a belt get that old or do you suspect some other reason for this failure? Doesn't really matter if it did the damage it did. Dan mentioned bent valves - some can put holes in the pistons to add to the fun Sorry it happened,

All right guys, thank for the infomation and quick reply. I have the lower cover off now and by using my ratchet I can rotate the camshaft and all the valves are moving freely. Should I still suspect valve damage? All the clearences on the tappets are good, no excessive gaps at all. We went out a bought a 88 Ford Mustang with the four cylinder in it as a replacement car. It has 43,000 original miles on it, I even have the original title when it was purchased. So should I go ahead and do a top end on this motor or just put it back together and start with a comprission test?

Most engines don't get damaged by a timing belt failure - some become junk! I don't know if your's is one of the engines that get destroyed. Dan D has some awesome experience and info. I personally thought that your car was exempt from the total destruction but I can't say for sure. I hope not - as then the belt should be the only problem. Try the belt and you'll know. If it totally crashed into itself a good used engine would be my choice.

Good luck with the fix,

This is just a couple of paragraphs from the manual.
Dan.
1990 Honda Accord EX
-
HONDA 2.2L & 2.3L 4-Cylinder - DOHC & SOHC
HONDA
2.2l & 2.3l 4-Cylinder - DOHC & SOHC
MANUFACTURER'S SUGGESTED SCHEDULED MAINTENANCE
For 1990-94 vehicles, the manufacturer recommends camshaft and balance shaft belts be replaced at 90,000 miles. For 1995-96 vehicles, the manufacturer recommends the belt be replaced at 90,000 miles for normal service or 60,000 miles for severe service.
For 1997 vehicles, normal replacement interval is at 105,000 miles or 84 months. Replace at 60,000 miles if car is regularly driven in extreme temperatures (over 110 degrees F, or under -20 degrees F)
REMOVAL & INSTALLATION
CAUTION: This application is an interference engine. Do not rotate camshaft or crankshaft when timing belt is removed, or engine damage may occur.

WOW!!!!!! Thanks for the info. Let owners of these cars beware and tend to the timing belt! ON TIME!

Guess what guys? It's done. Didn't do the compression test yet but I believe it's all good.
I finished it today and when I was done I crossed my fingers before I started it.
It's sound great. And runs great too! I guess I just learned a lot from this one? Maybe next time I will: Always fix it BEFORE it breaks!!!!!!!!!!!!!!!!!!!!!!!! By the way I do not recommend this project to any newbie. This sucked and hope it never happens agian to anyone!!!!!!!!!!

Thanks for letting us know. If it sounds good and runs good you lucked out! I don't think you need further investigating without symptoms. Glad to hear the good news,

The Automotive God of S**t Happens was really looking the other way on this one. I worked a few years at a Hyundai dealership and bent valves was the least damage you could expect from cam belt failure. Usually broken valves were driven into pistons which where then driven through cylinder walls. When that happened, the coolant ran into the oil pan. The accepted procedure for diagnosing the problem was to check the oil. If the oil level was halfway up the stick, it needed a motor.

Thanks for the info Dan! That really sucks! I'm gonna go ahead and put the new belt on and cross my fingers on this one. Maybe just maybe everything will be ok. Then go from there. If all is good I'm gonna sell it. If not I guess I might just have to part it out.

Thanks for all the great info guys!
Nick Thornhill