Finish Selecting Your Vehicle to Shop For Your Thermostat

Choose a Year for your Lexus 's Thermostat 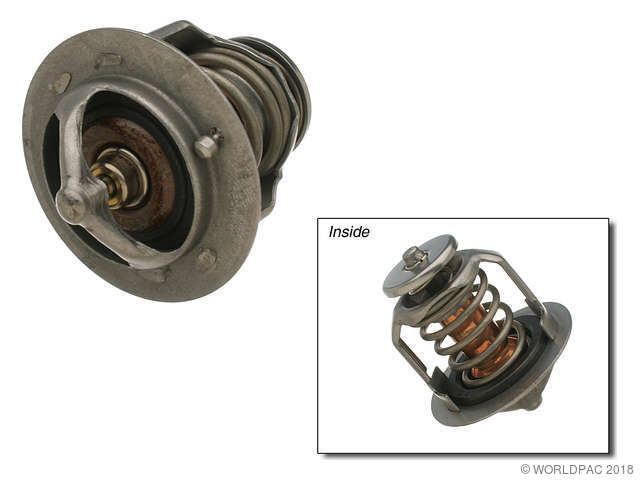 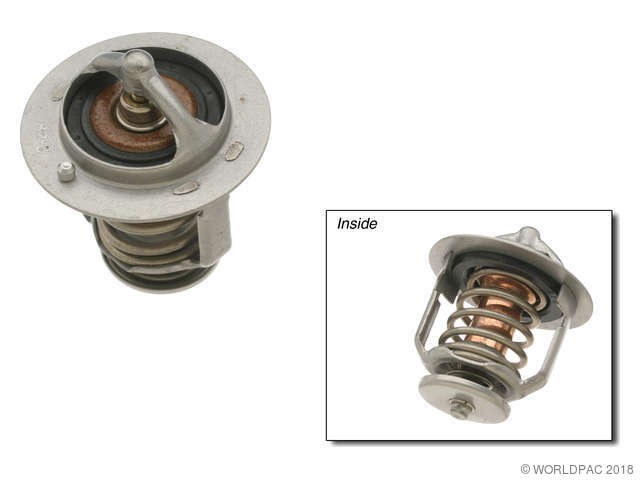 There is a water temp switch for the fan inb the right front of the engine. It is a 2 speed system and it sounds like low speed is not working, likely due to a bad switch

YEAH!!!! I fixed it, the 91 lexus is supposed to have a 195 thermostat, all parts houses their books say 180, and so that is what I put in it, but I called the lexus dealer and they said it takes a 195 thermostat dealer item only!!!! and it worked. THANKS FOR ALL OF THE IDEAS. I TRULY DO APPRECIATE THE HELP ANYWAY!

I'm afraid that information is incorrect.
This is the temp info directly from the factory service manual

I put the 195 thermostat in and the car is working perfectly! Lexus dealer is the one who said it is 195 and they seem to be right I am having no more problems, I've been driving it up and down the hills where I live and the temp is staying 194-197 or so, but I am having no more overheating problems so I would say the factory service manuel is incorrect, I watched the parts person at the lexus dealer look it up on their computer and they gave me a 195 thermostat. it works great now so I would tend to take lexus dealers word for it!!!!!!!!!!!!!!!

And just who do you think supplies the dealer with their info?
So, your saying everyone else was wrong except this one parts guy that works at a dealer? I assure you that changing from a 180 degree to a 195 degree didn't stop your car from overheating.

I am sorry you seem to have a problem with this being the fix to my overheating problem, but take a chill pill and accept the facts. Brand new 180 and it still overheated, brand new 195 and no more overheating. And it was'nt just this one parts guy, another mechanic told me this, and that is why I called the lexus dealer to begin with, when they told me the same thing I tried it, and woomp there it is it worked!!!!!!!!!!!!!!!!!!!

Whatever floats your boat.............
The difference here may have been you finally getting all the air out of the system but is certainly wasn't because you put a hotter thermostat in it.

I don't have too much detail except it's on the front of the engine behind the right headlamp. It will have 2 wires, one white and one yellow.
There are also 3 relays and a control module in the fan circuit so it may not be that.

This makes since both fans come on for 25 seconds and off for 25 seconds over and over they seem to be only running at one speed and the temp stays at 195 degrees and I can take off the radiator cap at this temp there isnt much pressure but there is a little.

It can just as easily be a fuse or a problem with one of the 3 relays.

I just got my license today, and am looking to buy my first car.

My friend's roommate has a Lexus es250 (1989) for sale for $800. Thing is though, aside from a horrible peeling paint job / no ac etc etc etc, there is a HUGE crunch in the back bumper from an accident. Half the bumper is missing and the trunk won't really close fully or lock.

He says it's still legal though, and I really need a cheap car.

One last thing he says I shouldn't take it highway driving till I've replaced the thermostat.

I took the car for a test drive and it feels / sounds ok.

Any thoughts? Should I buy? no buy? price?

TAKE A PASS ON THAT ONE! Lexus = bucks and I'd bet $$ it's not just a thermostat along with a totalled car now it isn't worth that for parts IMO. Street legal - not here it wouldn't!

Thanks a bunch! I really appreciate it :)

Hey - I didn't mean to sound so discouraging. Why start off with a car with such a horrid history. It's bad enough when they have a good one!

The body damage and legalities may vary somewhat state by state. Here (Massachusetts) and all surrounding states don't allow sharp edges, broken lenses, glass, or rust thru. Car can be ugly, dented, paint gone but no hazards to someone just walking by it and it sounds like this one is over the edge.

I have a 94 Lexus Es300 that over heats in about roughly 10 to 20 minutes. I've noticed my hydraulic fan dosen't run at all! I gave it a spin by hand see if it was free well it felt fine. I thought it was the pressure line house which runs from the power steering pump to the radiator. I replaced it nothing still. I replaced the the thermostat nothing either. Although when i took out the thermostat it had like trash on it. I flushed out my coolant truly enough it was dirty. Still nothing. My radiator starts right up when i turn the engine, but slowly comes to a stop and never runs again even if the temperature gets HOT! PLEASE HELP ME IT'S DRIVING ME NUTS

Does it still overheat when running 40-50MPH?

First of all you have to understand the theory of how this system operates, so you can diagnose it properly.

So basically, there is a fan control computer that is taking information in from a few sensors, then processes that information, and uses the results to control a valve that regulates the amount of hydraulic fluid that is used to drive a hydraulic fan motor.

I would personally start at the hydraulic control valve and do a bypass test at the valve to see if you can make the fans operate. That would eliminate the hydraulic system and the valve. To do this you would briefly supply power and ground to the valve and see if the fans crank up.