Finish Selecting Your Vehicle to Shop For Your Muffler

Choose a Year for your Buick 's Muffler 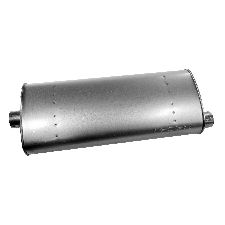 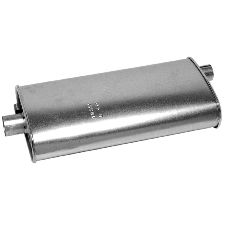 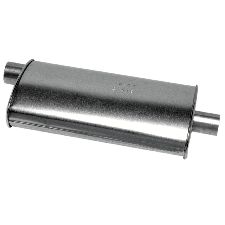 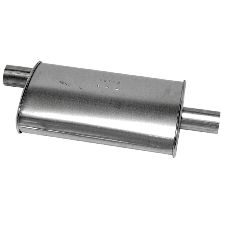 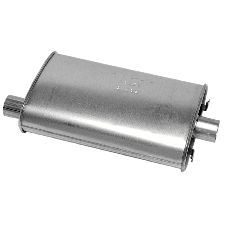 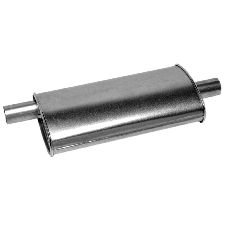 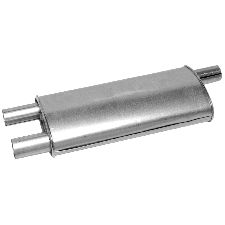 Okay, I have a '79 Buick regal (231CID/3.8L with carburetor & HEI). Last night I was driving home down the FWY about 11:00 PM when the car suddenly loses power. Then it would pick up again,lose power again. So I decided I would try to nurse it home in the slow lane, about 50 MPH. All of a sudden I hear a loud BOOM and I see a large fireball in the rear view mirror. Scared the s@#% out of me. The exhaust was much louder after that. I got off at the first exit. It was dark but other than the exhaust noise the car seemed alright. Got it home,jacked it up and found the muffler had exploded. It was buckled in the middle and one of the end caps was blown almost completely off. I can replace the muffler easy enough,the question is:What happened? This car has been in the family since it was new and I maintain it well. It's never done this before. Since it didn't just pop the seams, and it actually exploded with a fireball it must have had a combustible mixture accumulate. This would lead to the carburetor.....I guess. Anybody ever heard of this before? Any input would be appreciated. It was kind of funny though: There was no traffic on the FWY except for me and one other car, also in the slow lane, behind me. When the muffler exploded He/She crossed four lanes of empty FWY to the far left and took off at a high rate of speed. Who knows what he thought was happening ha,ha,ha,ha,ha,ha,. Thanks.

Glad to read you got it figured out and repaired Thanks for the follow up. Closed as solved. Can be reopened upon request by the OP.

Got it fixed. New muffler,good quality one. The wire going to distributor cap for the coil chaffed on something,probably the air cleaner. I could actually see where it had been arcing. That was a great call with the ignition system,thanks guys.

Problem on this HEI distributor could be made worse if the carbon spring loaded thing from coil to rotor is broken or missing. Just lift up cap and look at that would make it want to seek alternate ways to spark if bad. Can't recall right now if sold separately or only with coil?
Pic....

/
That center thing underside of cap should be a pencil eraser size carbon pile pushed by a spring. This showed only $20 for whole thing - new coil + would do rotor while there,

Something happened with the ignition system. Either it lost power from the ignition switch intermittently or there is another problem inside the distributor such as the ignition control module, pickup or wiring. What happened was that the ignition timing was altered from one or more of the possible scenarios from above causing the backfire.

Glad you can't see me laughing a little and it's not funny. I've seen that a couple times with even fairly new mufflers blow out by the seam - always cheap ones.


That's not why though. Might be two things going on. Ignition could make the spark and a choke that doesn't shut off all the way over fuel and get hot but raw gas in the muffler. Choke would also cause loss of power but a smoother loss unless you about floored it forces choke open a bit more and BOOM from any spark issue or flake of junk moving along.


It's a '79 so plenty should already be done or checked if lots is mostly original by chance and could be. Close to some changes, could this cat converter possibly still be original? Some just a couple model years earlier were full of pellets with the thinking you could dump those for new ones which nobody did but a screen to keep them inside at the back if let go pellets could go out exhaust red hot especially if over loaded with gas.


Whatever you find to fix the reason do buy a muffler that's fully guaranteed even for this as it did seem to happen only to the real cheap ones,

My 2001 buick regal is bogging down and not accelerating. It starts and runs but takes about 5 minutes to get up to 50 mph. At an idle, it sounds like it is being muffled when I give it gas. It seems to shift fine and the transmission fluid level is good. I checked the air filter and changed the fuel filter so far and there is no change in performance. Is there a module that could be bad or the catylatic converter possible stopped up? It just seems like it is not getting gas. Please help.

any check engine lights on?

all four wheels free? no brakes hanging up?

There are no lights on and everything seems to be free moving...linkage and brakes.
I did notice when I rev it up in park, it puts out some white smoke...

To add to dmac's suggestions and do check for exhaust restriction. Easy way - put a "T" on actual intake manifold vacuum so device it operated is still enabled and should read about 18 at idle and with no load, read again at about 2,000 RPM. Should read close to the same. If it drops at high idle it suggests an exhaust restriction. Sometimes it's not the converter but the muffler sometimes gets rusty inside - not so common but happens,

Too high to pass CA smog

I have a 1991 Buick Regal Ltd with the 3.1L V6. I need to smog it, but it won't pass. The NO's are too high. Everything else comes in good. I put a new Cat on it, because the last on was put on backwards by a muffler shop in Anaheim. My brother keeps telling me a MAP sensor, but he's no trained mechanic. Any suggestions??

I finally got it pass the dumb state crap. Not sure what actually did it, but two cats later, aN O2 sensor, and a front fuel system clean out. All told between parts, labor, and smog checks... about $500.00. anybody what to buy it now????

Glad to hear you finally got things worked.....Thx for letting us know.....

Did you mean the NOX or the CO

Nox is cause by excessive temperatures in the combustion chamber. The things that elevate it are, timing too far advanced (if adjustable), engine running too hot, EGR system not working properly. Someone would have to determine which of these if any apply to you.

Ok. so I have now changed to EGR, spark plugs and wires. My NOX came down but still not enough. Any other suggestions would be helpful. What about an O2 sensor?

Did you even read the advice?

I did. Had my mechanic check it all, but he only comes up with replacing the EGR.

I've told you what causes NOX. Now you have to determine which one your car is experiencing. It may not be a simple as throwing parts at it and it's certainly not an O/2 sensor

thanks for the O2 note, back to the drawing board now