Finish Selecting Your Vehicle to Shop For Your Ball Joint

Choose a Year for your Saturn 's Ball Joint

We stock Ball Joint parts for most Saturn models, including Vue. 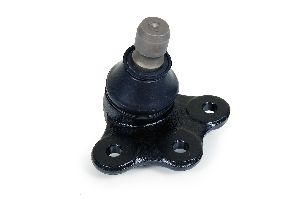 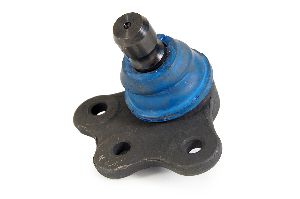 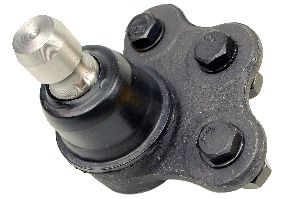 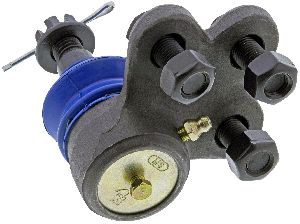 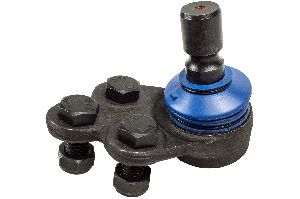 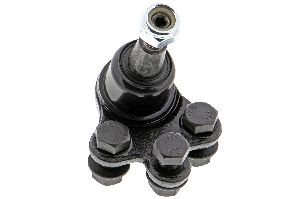 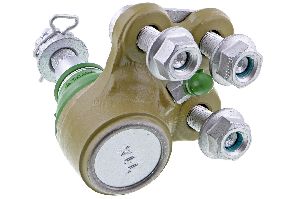 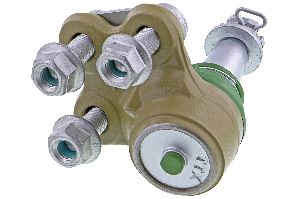 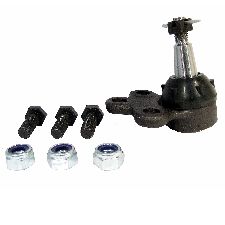 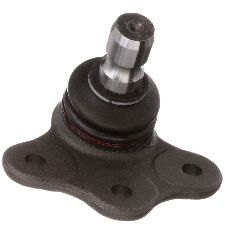 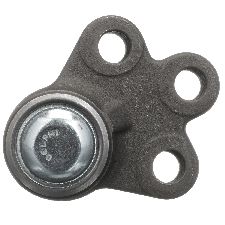 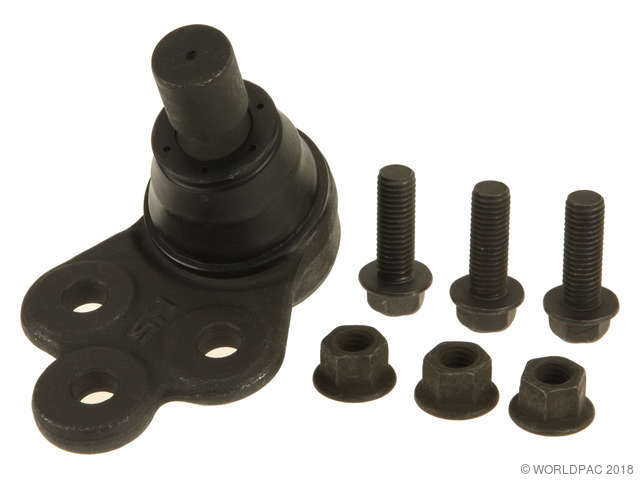 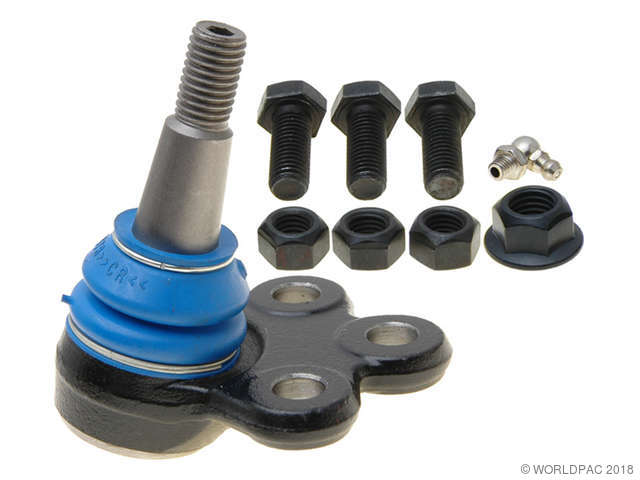 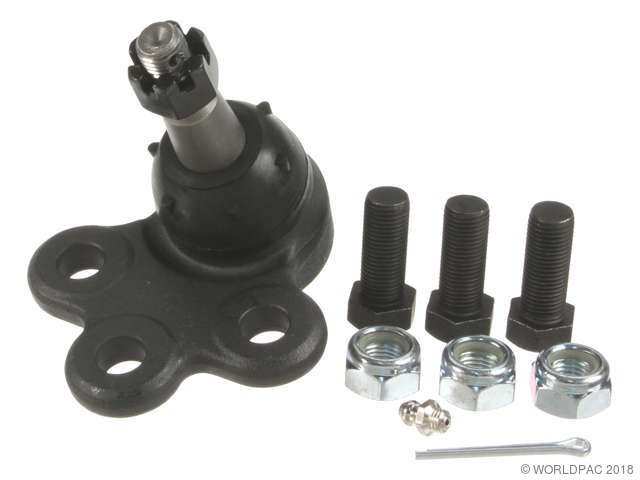 My 2007 saturn ion started making a grinding noise and pulls hard to the right the same day I rotated tires. The jack did come down a lil hard could ball joint be bad now or something else. It growls n pulls from 1st gear to 3rd gear till bout 40 mph. Ne ideas on wut it might be

Sounds like the wheel may be contacting something. It may be the wrong wheel that only worked on the rear or there may be a problem with the installation. Either way you need to jack the cart up and turn the wheel by hand to find out.

Yea I thought about those too but when I turn wheel to left I get some free play. If I'm going straight n I turn wheel left its got free play of about 10 degrees or so I'm gonna try the aboves. O before I did the rotation one tire did have a bad vibration to it. Thanks for input...

The noise could also be from a chopped tire or slipped belt. A bad tire could also be causing a radial pull. If all this started after you rotated the tires, you should rotate them back to see if your symptoms disappear.

Showing 8 out of 8 Posts
Question From walkinman on Wierd Saturn Aura cyclical noise.

Hi. I'm new to the site, and have a brain teaser for someone out there. It's been driving me nuts; I've tried a few things and the problem persists.
The car is an 09 Saturn Aura with the 2.4 and an automatic. Lately I've been hearing a noise that I have not been able to track down. It sounds almost like overly aggressive tires or a loose flap on a tire. It might also kind of sound like a bad wheel bearing. It is definitely cyclical and increases in both volumn and frequency as the cars speed goes up. I can hear it going as slow as 30 mph, but can't hear it when the front end is jacked up and the tranny put in gear. I know I had a couple of warped rotors up front and thought the sound might have been a high spot on the rotor fouling the brake pad. New pads, (they weren't that bad), and new rotors and the sound persists. I had some play in the drivers side wheel and changed the lower control arm because of a bad ball joint. There is now no play in either front wheel when I try to shake them either vertically or horizontally. I have noticed however that after I put the new pads and rotors on , if I move the car slowly a few inches and step on the brake, I hear a kind of clunk noise; this is true if I move the vehicle forward or reverse. I thought maybe I might have a bad CV joint, but I don't hear any sort of clicking nor thumping noise on turns or curves. Additionally, the shafts seem nice and tight and there isn't any grease leaking out of them. I've never had a problem I couldn't figure out, but this one is baffling me. I'm hoping someone out there can help me out on this one; it's making me crazy, and I need to depend on the car to get to work each day, (85 miles each way on the interstate).

Really hard to diagnose noises over the internet. Maybe have a local reputable repair shop have a look. Sometimes four ears are better than two.

yeah, I know. The problem is that i don't have the money to have someone look at it. My wife has breast cancer and is in stage 4. there IS no money left. If you have ANY ideas, I'll check them out. Do you think it could be a bad output carrier?

Does the noise change or go away if you put the transmission into neutral? If you shut the engine off, does the noise stay? (be careful doing this of course).

Sorry to read about your wife

the noise is only present if the vehicle is in gear and moving.. the faster I go the faster the noise is. If I go fast enough, the noise becomes almost a hum . thats the reason I initially thought it might be aggressive tires or bad tires. the new clunk sound I hear is almost reminiscent of a bad motor mount , but isn't. the noise is definitely rotational. that being said, and since there are only so many parts that actually rotate as the car is moving, I can eliminate the rotors , brake pads, ( I did use all new hardware), tires, (new,(3 weeks), wheel bearings, ( no play whatsoever). that just leaves the cv joints and the output carriers. I don't hear any change in the noise in either long slow curves nor sharp turns, neither is there any sort of clicking noise, so, I'm inclined to rule out the cv jionts. I have no idea what a bad output carrier might sound like, and so, I'm still out there scratching my head and grasping at straws.

ok. Here's where I am now, and maybe I got it figured out. The noise first becomes noticeable at 10 mph. At 40 mph I took my foot off the gas, shifted into neutral and freewheeled; the noise remained unchanged. Next I drove to a local empty parking lot, stopped, shifted into reverse, and accelerated. The noise was still present. Since there was no change in the noise while freewheeling or under load, nor in reverse, I kinda think it isn't the cv joints, nor anything else related to the trans.
Now since most of my driving is getting to and from work every day, and is between 70 and 85 mph, and since I just replaced the front rotors because they were badly warped, maybe I'm looking at the wrong end of the car. I tend to overlook the rear brakes since most of the braking comes out of the front end, but if the front rotors were badly warped, maybe the rear ones are as well. If the rear rotors have a "high spot" that fouls the brake pads on every revolution, that would account for the cyclical nature of the noise. It would also account for the increase in tempo as the vehicle's speed increases. It would account for the non-metallic character of the noise. It might just be that my perception that the noise is coming from the front end, is just an illusion. If I'm right, it should be easy enough to check; just jack up the rear end, pull the tires and spin the rotors; I should both see the rotor "wobble", and hear it fouling the pads.
By the way, that other noise, the "clunk" I mentioned earlier I figured out. It was nothing more than the new brake pads seating thoroughly. When I did the stuff in reverse in the parking lot I stepped down on the brakes pretty hard; haven't heard THAT noise since.

I don't ever recall hearing a cv axle make a humming noise. I really don't think checking for play in a wheel bearing is the only method for determining if a wheel bearing is bad. I've seen many wheel and hub bearings make noise and not have play.

Wheel bearing noise changes with the weight that is put on them, so if your driving at the speed of the noise and swerve the vehicle back and forth does the noise change? When you swerve you moving the weight of the vehicle to different wheels. Sometimes you can remove the wheels and the calipers and then rotate the hub flange and hear or feel the grinding of the bearing.

Someone trained needs to listen to that noise. Many shops will give it a listen for free and then you can decide what to do about it. The new clicking after replacing the pads may be the pads moving in their holder, usually from not replacing the clips and hardware.