Choose a Year for your Ford 's Water Pump 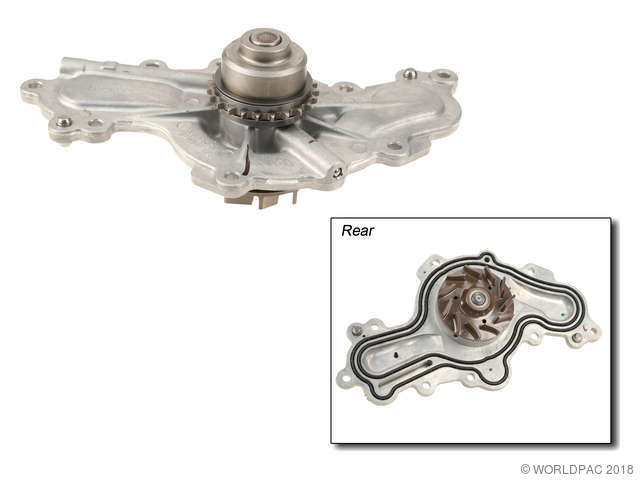 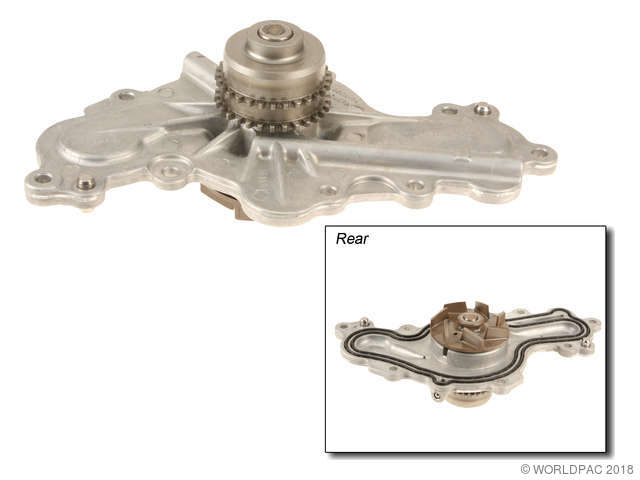 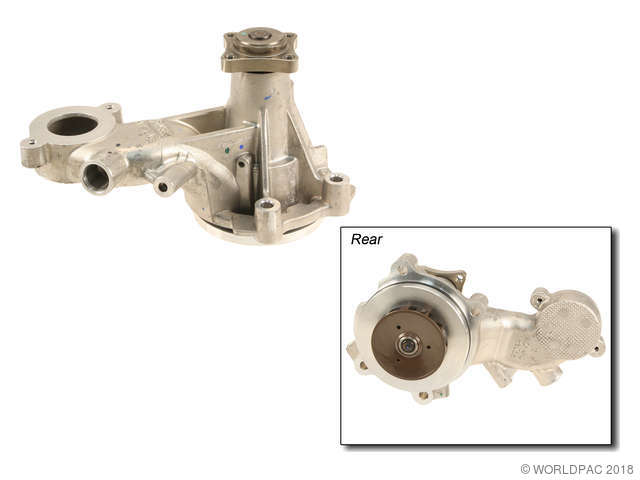 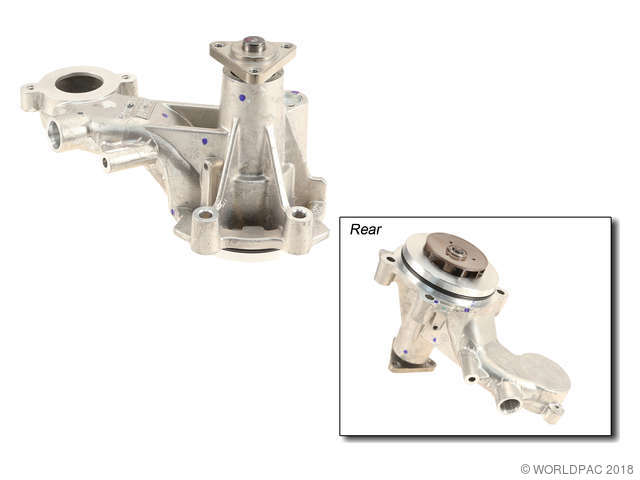 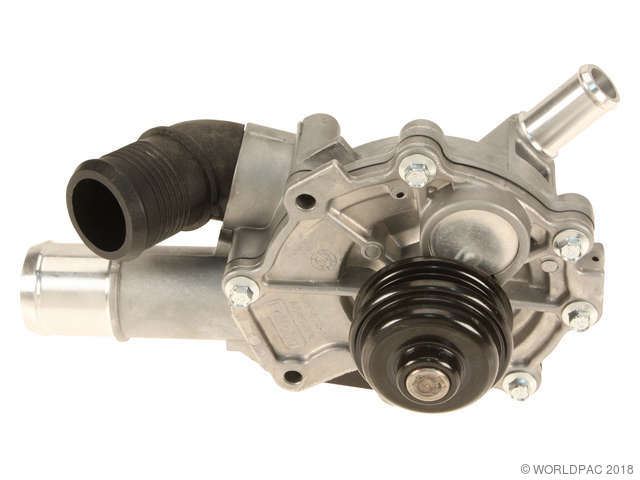 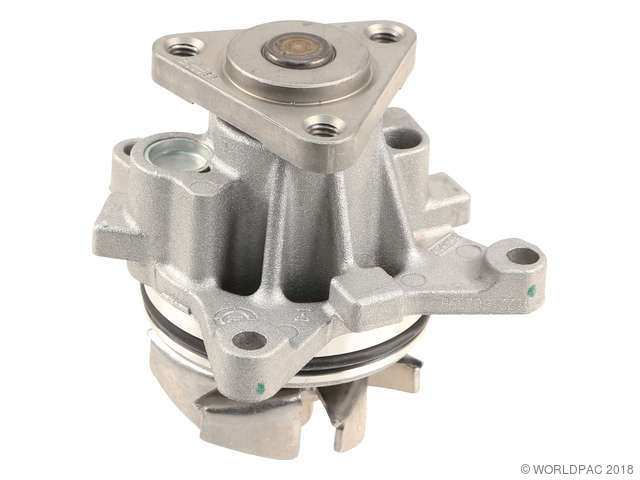 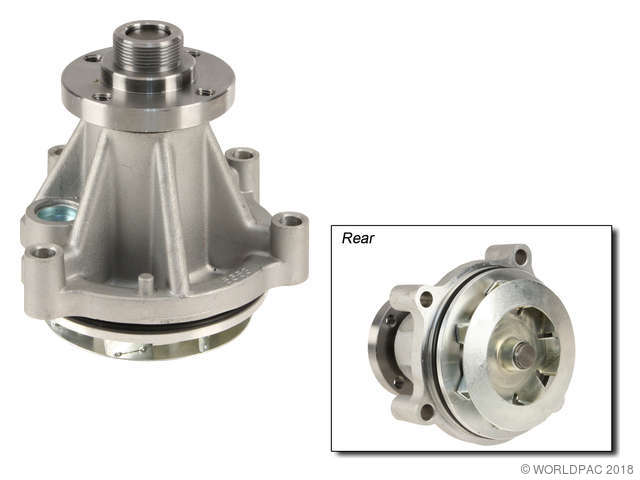 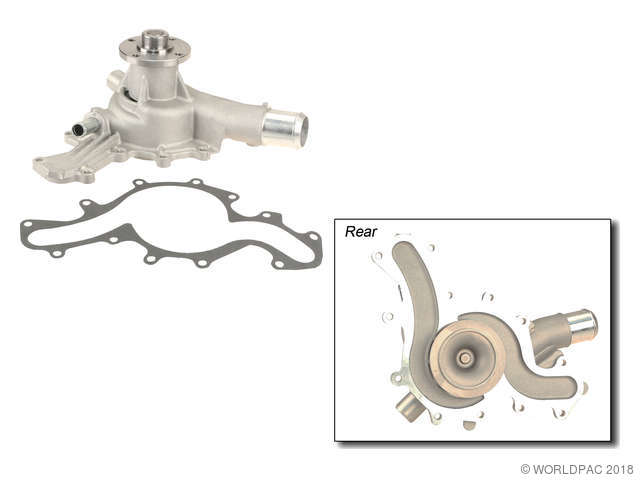 
While belt is still on, loosen bolts at pulley to water pump will help. Remove the shroud entirely and take careful note of quite a few nuts, bolts and attaching items with these. It's straight forward but lots of stuff. If corroded at all that will delay the job time and do take extra care cleaning up gasket surfaces. Use sealer on bolts that go into coolant carrying parts.

Consider replacing the fan clutch as well unless it's very recently done.

It's doable with plenty of tools for obstructions and probably some nuts/bolts need holding behind some brackets. Take a careful look or pictures before you start might help,

How does the fan clutch and pulley assembly disconect from water pump shaft?

How does the fan clutch and pulley assembly disconect from water pump shaft?

Read the thread! It's damn near four years old and the answer is there! It's near certainly left threaded,

They are threaded on and most are (not all) also left thread.
Leave all the belts on to help hold the pump pulley find a wrench to fit the hexagon of the clutch drive and give it a good hard smack with a rubber mallet.
If you want it off to do a water pump check on the replacement pump whether the threads are right or left. You donâ€™t want to be pounding on the wrench in the wrong direction that would raise the frustration level over the top.
LOL.
Dan.

1996 Ford Ranger 4 cylinder, what's the easiest way to replace water pump? Do you have to mess with timing belt?
On the left inlet side there is a coupling that attaches water hose to pump. Not mentioned in repair manual anywhere and seems easier to loosen coupling to replace pump.
Any help out there. Thanks

Here are the instructions for doing that.
You have to remove the timing belt cover but not the belt.

Thanks for responding. I know the manual says to remove timing belt cover, in order to do this you have to unhook a/c compressor and steering pump from mounting brackets to move out of way. Now.. it also says to remove lower radiator hose from water pump right, well hose does not directly mount on water pump, there is a hard coupler behind the alternator that connects lower hose to water pump. I found that you can loosen coupler mounting bracket and slide coupler back a little and pump will slide out easily without messing with all the other stuff. I just finished hooking back up and have not tested for leaks yet. Will let you know if all works ok. Thanks, Randy

I just had to do the same thing. I though I had a water pump leak, but it ended up being the hard connector attached to the water pump/lower radiator outlet. Attached to this piece is the outlet for the heater. That part just rusted through.

Problem was, I could not for the life of me figure out how to get that off. None of the manuals talked about it, as well as the diagram attached above. I knew I had to replace it so I cut it in half and the pump slid out. Once it was it it was easy to figure out how it attached.

My ranger has about 100500 miles, so I figure what the hell, I had it off so I replaced the water pump, the serpintine belt, the tensioner, as well as both hoses.

It wasn't hard after figuring out how to get the damn pipe off.

1985 ford f-250 with 460 Cid 7.5 lt. I just replaced the water pump and gasket and now I'm seeing water leaking from "the housing" directly behind the water pump. Does anybody know why this part is called so I can find a gasket for it if there is one? Thanks

You also want to examine that sealing edge on that cover when you get it off. If it's all pitted, you will have to replace the cover. You should also be replacing the timing chain if you go that far.

I would bet the cover is pitted up. Lot of these never got the proper maintenance on the cooling system and it ate the timing covers right up. With HT, do the timing set while you are in there. Its damn near as old as I am.

Yes to all of the above but had another thought. If you were sure it was the water pump to begin with make sure the bolts are all snug. Slight chance it isn't or got disturbed by the water pump job?

We all agree if that close do that chain - most of these motor even if a pig lasted forever!

That would be the timing cover housing.

Water pump has bolts that go thru that on now an old housing/gasket. Make sure, pressure test and see it from where. Timing cover should still be available if that or gasket set to do that. Do yourself a favor as you'll be looking at the timing chain if there and if not all metal cam gear or perfect toss it while there as you are so close,

The water pump in my 2001 ford explorer keeps leaking. I have had in replaced 4 times within the last 2.5 months. Is there something that could cause the water pump to start leaking again after it is replaced?

Are you positive it is the water pump that many times? It is possible there is a leak somewhere else and runs down the pump making the pump look at fault. There is also a lubricant that can be put in the cooling system that helps the water pump last.