Finish Selecting Your Vehicle to Shop For Your Timing Belt Tensioner 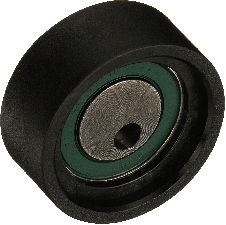 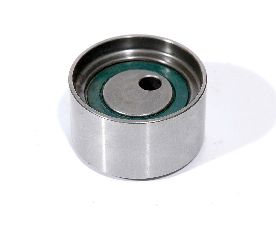 Showing 2 out of 2 Posts
Question From JOGGLES on Timing Belt Tensioner Ticking??

Okay so here's the story:

Water pump went out so I purchased everything to do pump, timing belt, tensioner, pulleys. Got them them all replaced and the car ran great until the tensioner started ticking loudly. I was under the impression Auto Zone sold me a bad tensioner so I had it replaced under warranty and installed the new. Well now this tensioner is ticking also. It started ticking within 10 minutes of having the car put back together just like the other one did.

Okay here is the tricky part of the story... My Dad helped me replace the timing belt assuring me that he knew how to do this. I should have known better. We did not turn motor to TDC and align cam with markers. Instead he marked cam gears with white out and also marked heads (created his own alignment marks). We got everything back together and the car runs great just like it always has. So my question is.... could the belt be installed improperly if the car is running fine??? or could an improperly installed belt be causing the tensioner problem?? I am under the impression that if a belt is improperly installed then the timing would be off. Maybe the auto zone tensioner is not calibrated correctly?? I am about to order a factory tensioner but thought I would check and see if anyone has had this same experience.

Thanks so much for any help!!

You should be able to feel a bad bearing of a tensioner. Could you be, fooled and it's something else entirely?

Yes you can run into a whole bad batch, sticks and not all too common but can happen. Ask for a different brand if you are sure that is it,

car has stalled several times been in the shop replaced cam poition sensor, oil pressure sensor, throttle position sensor, timing belt tensioner. after warm up it seems to idle to low to where the oil light flickers and has a vibration more pronounced at idle under load. no warning lights are on... any ideas ???

Have you ever cleaned your throttle plate or your IAC bore? Are there any codes? If so what are they? What is your fuel pressure? Does this do this all the time, only when cold, only when warmed up, only on the second tuesday of the month at 4:15? You say you replaced the timing belt tensioner, did you change the belt and idlers as well? Have you checked for vacuum leaks? How many miles are on it? Have you ever changed the spark plugs?

There are a lot of things that can cause this. Need specific details to give a direction to go in. Stop throwing parts at it. You got nowhere and just wasted money.

i have a mazda mpv 96 lv and the timing belt keeps slipping. it has a new timing belt. tensioner. when i drive it for 1k or so it starts to get bad. im just wondering if anyone has had this issue

Timing belts do not slip. They are cog-ed belts.

If your belt is actually jumping time which I find very hard to believe, not only would it be not drivable after jumping just one tooth but would highly likely do permanent valve damage. That would mean that one of the pulleys is coming apart to cause that.

it jumped 4 teeth. not sure what to buy for it. but im guessing that the engine is stuffed now

Maybe you should have it done professionally and you wouldn't have these problems if it's not too late already.

If you can count the four teeth (off) it sure isn't good. Like HT said - get it right as it's only your whole engine at stake,

I have a 2000 Ford Escort ZX2 with 133,000 miles, it broke down 7 months ago and I had to have the timing belt replaced and they also replaced the water pump. About 1-2 months later it broke down and sure enough it was the timing belt again, the mechanic had it for a couple of days trying to figure out what was making it break. He couldn't find anything elso wrong with it, so he replaced the belt again. The other day the car died on me again and once again it was the timing belt. Can you tell me if you have heard of this before in a ford escort? Please help?

FYI... if it even matters, the first two times I had the same mechanic fix it, this time I took it somewhere elso but I don't think it will make much difference because the first mechanic was a reliable family friend.

On these ZX2's, the most common problem is either the tensioner or one of the idler pulleys, usually the one all the way at the bottom. If there is any wear at all in the pulley, it will lean just enough for the belt to walk off the side or if it's not tight enough, the belt can jump.

When I took the car in the first time they replaced a pulley because apparently the pulley was missing? I think the timing belt had already been changed about 3 years ago.

Something similar happened here a few years ago on a GM vehicle.
Car came in with broken timing belt; checked everything as per normal, looking for a cause other then just an old belt; all seemed good. Car left running ok; came back a couple of days later on the back of a tow truck. This time the belt wasnâ€™t broken; but a number of teeth were missing (stripped) on the new belt; allowing the engine to go out of time.
Replaced it again; but this time we left the timing cover off, so I could see the actual belt turning and easily check belt tension after the engine reached operating temperature.
After shutting off the engine; I attempted to rotate the engine manually to check the timing. Found that it took twice as much effort to turn the engine, then what it did while installing the belt with the engine cold.
After removing the timing belt (engine still hot from running) we found the camshaft was the cause of the resistance. Once the engine cooled it turned normally; ended up having to replace cam shaft and bearings.
The only thing that made sense was that the cam; when it became hot would warp and cause it to bind.

Not saying that this is whatâ€™s happening with your vehicle; but maybe suggest that they check the amount of effort required to manually rotate the engine while itâ€™s still hot?

I will mention that to them. I also just found out some more information... back the first time that I got it fixed they had to replace the timing belt, timing belt tensioner and pulleys and a water pump. I found out yesterday that this new place (without any of the history) said that they needed to replace the timing belt the tensioner and pulleys and the water pump was leaking and needed to be replaced. Is this really possible for all of the same things to break within 7 months of being replaced? Thank you so much for your help.


">Is this really possible for all of the same things to break within 7 months of being replaced?<"

I have a 2000 Mazda 323F Sport. It's 1.8 L engine with approx 65K miles on it. The car has just died, and on a brief inspection a mechanic has told me that the timing belt tensioner has broken. I am now unsure what to do. I still owe Â£1800 on a loan so I don't really want to write it off completely. I would be willing to spend up to Â£700 pounds fixing it.

So, I was wondering if anyone has encountered a similar fault on this type of vehicle, and if so, could you speculate what the extent of the damage might be...and therefore the cost of the repairs. Guesswork I realise...but any educated guesses would be much appreciated.

I have a 2000 Mazda 323F Sport. It's 1.8 L engine with approx 65K miles on it. The car has just died, and on a brief inspection a mechanic has told me that the timing belt tensioner has broken. I am now unsure what to do. I still owe Â£1800 on a loan so I don't really want to write it off completely. I would be willing to spend up to Â£700 pounds fixing it.

So, I was wondering if anyone has encountered a similar fault on this type of vehicle, and if so, could you speculate what the extent of the damage might be...and therefore the cost of the repairs. Guesswork I realise...but any educated guesses would be much appreciated.

it really all depends if when your belt broke..

if you bent valves or damaged top of pistons i can

all was OK!! really it depends if it broke while you were

turning at very little engine rpm like in the case of

while on the highway or motorway at much higher

engine rpms then you might of bent valves and done

some other damage as well

it all depends when it broke at low or

high rpms if your egine has major or little to no damage..

thanks - it was pretty low rpm. In fact, since it was the tensioners that broke, it started to make noise just before so I took my foot right off and was only doing about 15 mph. Thanks for the response,

thanks - it was pretty low rpm. In fact, since it was the tensioners that broke, it started to make noise just before so I took my foot right off and was only doing about 15 mph. Thanks for the response,

YAH you might be ok!!!!.....
like i said if it broke at very
low rpms your OK!!! my cousins broke in
his driveway whille the car was idling!! and he
just replaced the timming rubber belt and kept
on going!!! honestly

If your going to post here and give out advice, you really need to register and log in so you can be identified as someone different than the dozens of guests asking the questions.