Choose a Year for your Suzuki 's Tail Pipe

We stock Tail Pipe parts for most Suzuki models, including Samurai, Sidekick, XL7. 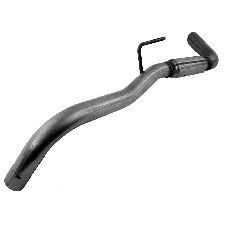 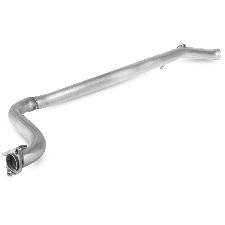 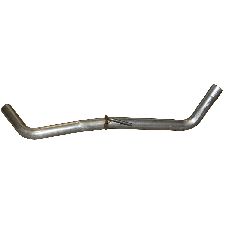 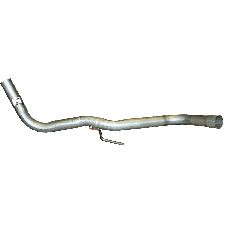 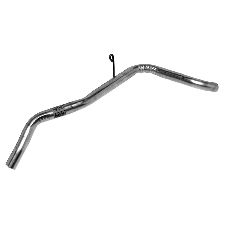 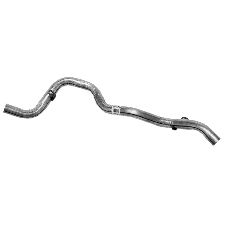 2002 Suzuki Esteem wagon, the past couple of days has had grey-white smoke inside the engine compartment and coming out the exhaust pipe and into the passenger compartment (if we're running the heater). I can't identify the smoke smell -- thought it might be burning rubber (from wiring insulation) but not sure.

And the battery light stays on while the car is running. This problem started the same time as the smoke problem. So I thought it might be an electrical short circuit... but then why the smoke from the exhaust?

I don't think it's a coolant leak since the coolant level is still up to the top with some in the reservoir.

The car seems to be driving as normal (no change in performance).

The weather has gotten below freezing the past couple of weeks, but not a lot below freezing. No accidents, engine work, hard driving, or anything unusual recently.

White smoke could be steam from condensation in the exhaust, but then it could be coolant also. If you have it in the engine bay, you might want to have the system pressure tested to see if there are any leaks. You also need to figure out why the battery light is on. If the alternator isn't charging, you'll get stuck if your driving it.

Check your belts and hoses. Look for leaks on the ground. With the engine cold remove the radiator cap and check the coolant level in the radiator. The overflow tank might show good, but if there is a leak, the coolant system won't pull from the tank.

Thanks a lot, I'll check those things out and get back. I'm pretty sure it's not steam because it has a burning smell. I just find it weird that those two problems (white smoke and battery light) are happening at the same time because they seem to relate to two different systems (cooling and electrical) and I wouldn't have thought a fault would cause a fault in the other... unless it's a coolant leak shorting out the alternator or something?? Anyway, thanks and will send an update when I know more.

Another possibility is the heater core is leaking and the coolant is getting onto the exhaust if the coolant is draining out of the pee pee tube. Still doesn't explain why it would be coming out the tail pipe.

Thanks, will keep that one in mind too.

Definitely keep us in the loop. That is a weird one. Smoking alternator or burning coolant, what could it be?

Got a bad feeling about this... "interesting" usually turns into "expensive"! Will keep you in the loop and appreciate the responses.

The car had no battery at all this morning, which I was kind of expecting. I took it to my mechanic and got it back apparently in working order. He replaced the alternator (no surprise given the battery light) and the serpentine belt (which was apparently no longer good, but did not appear to be slipping enough to smoke, and the alternator wasn't seized), added 2 litres of engine oil (which I find interesting, it's never gotten low before), topped up the power steering fluid and tightened one of the power steering lines. Apparently the top gasket (on the engine block) is leaking a bit but it's not much, and it's still a mystery as to what was causing the smoke... could have been oil from the gasket (but doesn't look like it) or power steering fluid from a loose line (weird). Doesn't seem to be smoking now, whatever it was. I'm thinking it was probably something inside the alternator burning up as it died... are the wire windings inside usually insulated with rubber? That's what it smelled like.

Also second-guessing myself about the colour of the smoke: it was night-time, and I was watching it inside the garage (I know...) and I'm pretty sure it was white, or at least light grey, but can't be absolutely positive.

So we'll see how it does and if the repair lasts.

Would have tried some of this myself if I had the time but at least I appreciated going to the mechanic with an idea of the possible range of problems. Thanks again for the feedback yesterday and will keep in touch.

Hi again -- a new problem (possibly related). When I started this thread in December the problem was white smoke, battery light, and (later) dead battery. That was solved by changing the alternator and serpentine belt (aka generator belt / drive belt, I think).

Ever since the new alternator was installed I noticed a slight whirring noise that would go up and down with the engine speed. Didn't do anything about it though I wondered if it might be a bearing or something inside the new alternator.

Now the oil pressure light is coming on, and the whirring noise is still there, so I'm wondering if they are related. I'm pretty sure it's not engine knock (it sounds more like a fan or an impeller). Can it be the oil pump? I thought those don't usually wear out.

The oil level is fine, the oil looks normal-dirty (no metal shavings in it as far as I can tell). I don't have an oil pressure gauge so haven't checked that. And, in case it makes any difference, the weather is cold up here (often -15 to -20 Celsius / 0 to 5 Fahrenheit).

Thanks for any advice!

You may need to connect a pressure gauge and see what the actual pressure is. That would tell you if you have a problem in the engine or a problem with the oil pressure sender/gauge.

Just to close the loop on this one: I had the oil and filter and oil pressure switch changed, and one of those solved the oil light problem. I'm guessing there may have been sludge in the filter: the car gets used for a lot of short trips and it is very cold up here. I should have mentioned in my original post that the oil light was only coming on sometimes, and only at low idle.

As for the noise, a belt tensioner was frozen/jammed and replacing that stopped the noise.

Thanks for the feedback.

Glad you got it resolved.
Question closed as solved.