Choose a Year for your Pontiac 's Spark Plug Wires 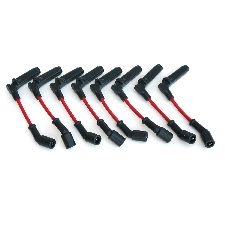 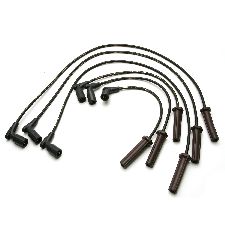 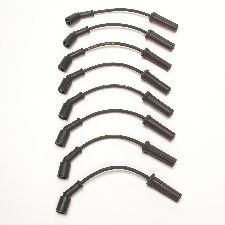 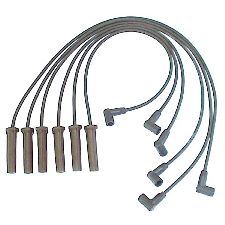 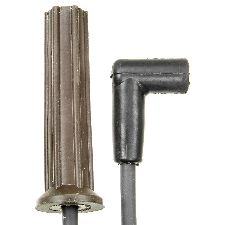 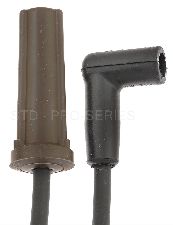 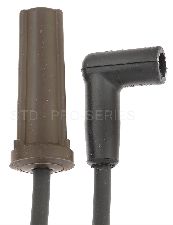 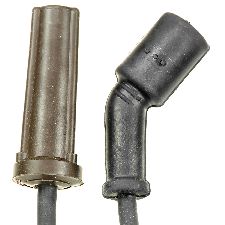 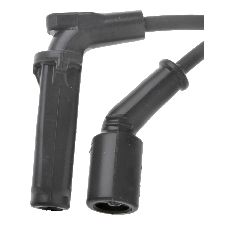 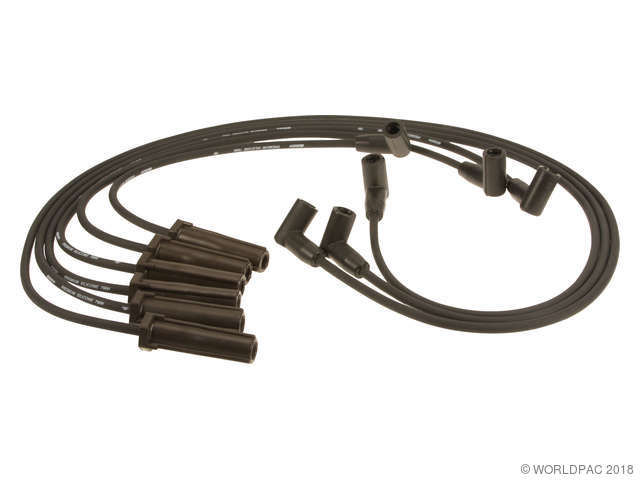 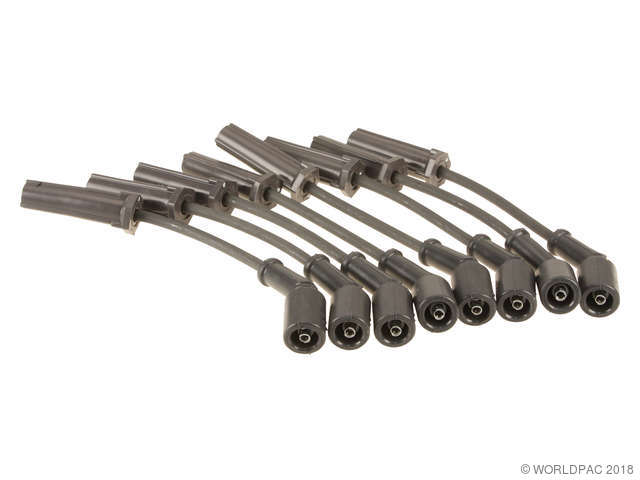 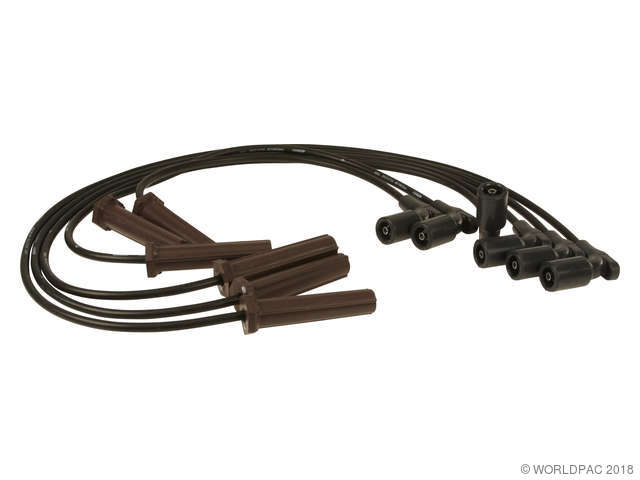 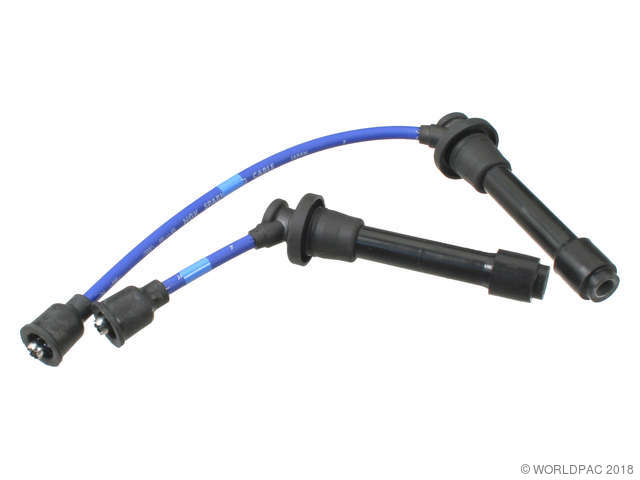 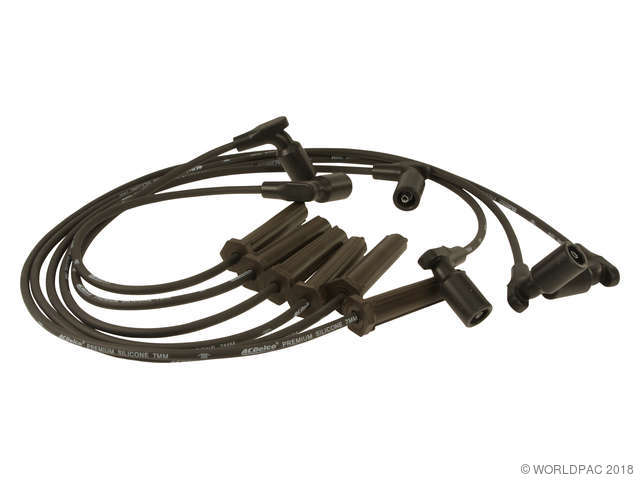 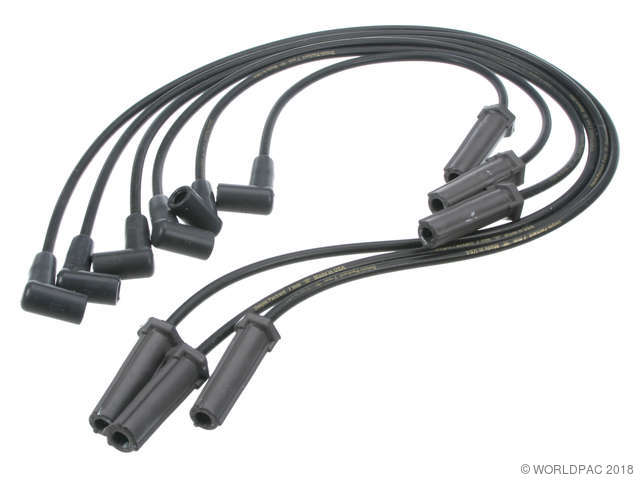 CPU errors are pointing out to a misfire on Cylinder 1, as well as a miniscule fuel emission vapor leak.

The issue started when the engine started adding a bit more rpms than normal to the point that I was speeding up faster than I should of been. On start, it would sound as if it were running at higher RPMs than normal while in park. It has also been known to idle at 47mph going down the road with foot off the gas with no sign of deceleration on a level road, and a few times it's accelerated on it's own on similar situations. At one point, the catylic Converter had to be replaced, and the mechanic said the inside was melted.

After tune up and catylic converter was replaced, it ran fine for about a month. Now the idling at 47mph, and idling at 2000rpms in park at start up is popping up again. What other things can I look at?

It sounds like you have more than one issue. For the misfire problem, I would replace the white plastic coil housing. They crack just like a distributor cap in places that you can't see.

i have had the same issue just recentlly. new plugs,boots,houseing,coilpacks,fuel filter. i am getting plenty of fuel but only hitting on 2 cyl. i know its not the fuel pump. i am running out of possibltys please help.

This thread is a year and a half old. Please read the FORUM RULES before posting

Engine trouble with a 1997 pontiac grandprix

so i have had this Pontiac grand prix LX for a while now and i knew when i bought it, it had an issue with, what the previous owner said was the EGR valve. since then i replace the spark plugs, spark plug wires, o2 sensor, coils, injectors, fuel filter, basically the entire top end.. and the EGR valve.. didnt fix it.. the issue is that when i hit about 2500 rpm the engine lugs out and again at 4500 rpm and up. it also idles rough. i have no idea whats wrong with it and dont know where to go from here.. im not to oriented with cars and just want to get it fixed.

I recently had my 1969 GTO 400 CID 4-speed 4-barrel-carburetor tuned up. The garage said they used all new correct parts (and I believe this is true), including new wires, distributor cap, condenser points and plugs. However the car backfires and misses all the time. The dwell is set at 30 degrees and the timing is set at 12 degrees. Do you have any ideas why the car is 'missing' and backfiring, even when accelerating. Thanks for your help. Ron

Couple a crossed spark plug wires perhaps?
Recheck the firing order?
Take a compression test?
Was this something that arose after the parts were installed or were the parts installed in an attempt to correct this concern?

Timing chain /gear issue possibly..These use a nylon timing gear ,unless it been replaced before with a steel gear..


Hit back with some info and one of us should be able to help you!

I'm the GTO owner who had the problem. I took GTO back to garage and a more experienced mechanic put in new platinum plugs. Also ran a compression test to be sure no valves were burnt. Everything checked out fine. The car ran great for a couple of days, but then it developed a small miss. It turns out that the #8 spark plug wire popped off because it apparently needs a 45 degree angle 'bend' because the steering wheel mechanism 'catches' on the wire and pulls it off the plug. I've manually maneuvered the wire so it doesn't touch the steering column, and the car runs great again! But due to vibrations this spark plug wire might get snagged again by the steering column. Did the GTO's originally have a bent #8 rubber connector. Do you know where I can obtain a bent rubber connector from the wire to the spark plug? Thanks!

If you have trouble finding right angle plug wire ends send me a PM as I have tons of them for regular plug wires. The correct wire set should have had one or more for the application. Back when you could buy plug wire and make up your own and I still do for certain things. No kidding - these should still be available - specifically at NAPA if not others. You can also buy just one pre made up wire but you probably want to match as much as possible for your current set.

I'll actually go look now and see if I have any and what colors for 7mm or 8mm wire and hit back if not just black,

Looking right at three, black 7 or 8mm compatible right angles, one for a fatter porcelained plug, and one 45* gray one (used but as new) plus a new right angle metal plug grabbing end peice which crimps to wire insulation - yours for the postage,

Sorry it's taken me so long to get back to you. Appreciate all your help. First of all, the GTO is running great now. I replaced the shorter wire with a longer one. Hard to believe GTO is 40 years old coming up! Everyone amazed that I'm the original owner, and everything is original - no restoration. Yellow maize color with black interior and top (also original).

Have gone to many car cruises this summer and have had no problems.

For future tuneups, I would be interested in having the correct angled wire that you kindly said you would send for the price of postage. Please advise cost and how to send payment.

Since I'm on this 'thread', I'd like to ask a quick question about my 1995 Dodge Caravan if i may.
I have a 3.3 liter V-6 engine, 4-speed auto tran. After running for awhile, after stopping for lights, etc., it doesn't shift into 4th gear automatically - stays in 3rd gear. I've replaced fuse in fusebox with another fuse and it doesn't make any difference. Can you suggest anything else I can try. Dealer replaced fluid in vehicle about 6,000 miles ago as maintenance item, but started not shifting just recently. Thanks very much for your time!

Ok: Tell me if you wanted right angles or the 45 degree and how many in a PM (private message) {click on my user name will link to that option} so the world doesn't know your address and I'll send what I have that you need. Guess is $5 postage +/- ??

Know that they make spay dye that will color them to match what you want too for restoration and OE appearance.

Mopar trans issue - you should make a new post for that. I think there's a TCC (torque converter control) switch that may need replacing or migh be a bad torque converter.....

Everthing Jim mentioned and to add: Timing chain even if replaced with an all metal one can go again in these. They eat those right up. Take off dist cap and look at rotor. Turn engine by crankshaft bolt either way when at timing marks till rotor moves and stop. Turn the other way and see how many degrees it turns crank before rotor moves. 5 or more - toss that chain after ruling out a distributor problem perhaps.

At idle put on your dwell meter and find it at 30 as you said it was. Rev up engine a bit and watch dwell. 5 degrees change (usually would go lower #s) is too much and shaft bearings are worn.

Still nothing found - check points for resistance. new or not they may not line up right flush to each contact,

I just did a tune-up on my 1985 pontiac fiero gt auto v6. Now the car hesistates when accelerating. I didn't check the gaps on my spark plugs but they came pre-gaped i believe. Is there anything i could of messed up? I think i read some where when putting the rotor on it has to be perfectly aligned to where the last one was is this true? thanks

When you tuned it up did you replace the ignition wires? If you did, did you do them one at a time?

Always check plug gaps. They can gat messed up by shipping and handling.

The rotor should NOT be able to put on wrong, T

My 1985 pontiac fiero gt auto v6 is hesatating when shifting itself...i just did a tune-up on it and put a new battery on it...and still the same thing. so i have no idea what's wrong with. If i drive the car for a about 30 minutes to warm up it seems to stop doing the hesistating but it i have also noticed that i lost some horsepower. any help would be appreicated thanks!!!

Iâ€™m guessing at a vacuum leak; broken lines, intake manifold gasket anything that will allow unmetered air into the engine? The computer relies/assumes that all incoming air is through the throttle. A vacuum leak throws a wrench into the computerâ€™s calculations and limitations.
A cold engine requires a rich fuel mixture; if this is a vacuum leak; the computer may not be able to compensate (add enough fuel). Once the engine has warmed needing less fuel the requirements fall back to where the computer can compensate for a leak?
How to find a vacuum leak is kind of a search and rescue operation; some leaks are easily found if itâ€™s external but then there are the internal leaks.
I have a 3.1 Chevy in the shop right now; it came in backfiring because of a bad ignition module. Once the module and the backfiring were repaired the engine still was not running properly. We found that there was a vacuum leak but itâ€™s not external that can be seen. The intake gasket had blown out on the inside of the engine; drawing air from the crankcase. Likely due to the excessive pressures caused by the backfiring.
So what Iâ€™m getting at is thereâ€™s no real way of explaining how to find a vacuum leak other then experience, knowing what to look for and of course a bit of luck.
Iâ€™ve only spoke of vacuum leaks but there are hundreds of other reasons for a cold hesitation that again takes experience and equipment to find.
Dan.

Okay so i did some looking and my engine in my fiero is not the one that was factory installed. I figured this out when i didn't see the fiero logo on the top...and plus it isn't red....anyways I just did a tune-up recently as posted before. Is it possible that the engine i have in my car uses different spark plugs, spark plug wires, distibuter rotor..and cap? i am not too sure what king od engine i have...but it fits just like the fiero engine would...but it's it.

What kind of engine is in it is it a v-8 v-6 or 4 banger. I had a gt once and the problem that I had was the injectors had popped a fuse. Try checking all the fuses. They are located under the dash on the drivers side above were your shin would be if you were sitting in the car. Good luck trying to find a comfortable possition to work in to do this.

Back to top the person said it was a V6. I don't think a V8 was available, T