Choose a Year for your Mercury 's Shocks 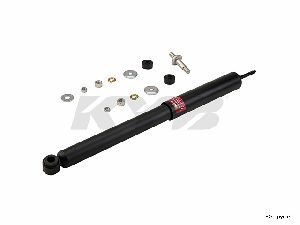 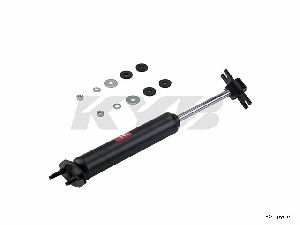 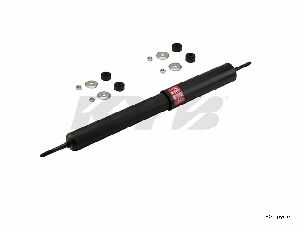 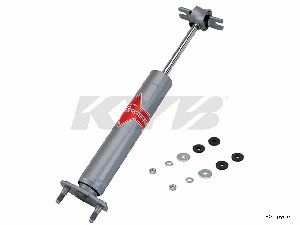 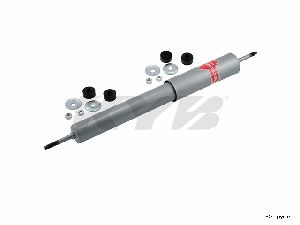 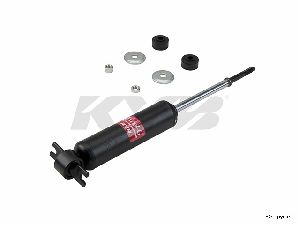 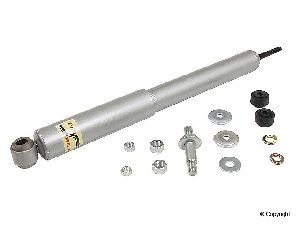 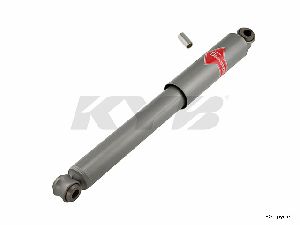 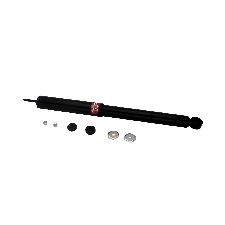 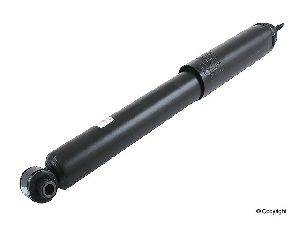 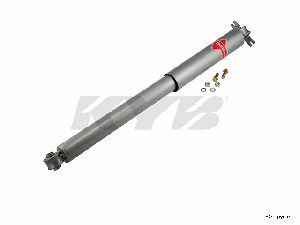 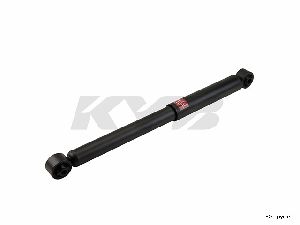 I few months ago I noticed that when I'm on a bumpy road the rear of my car feels like it jumps sideways and it just doesnt seem to secure to the road, it also got 4 new tires and it drove normal for a little while but in about a month it wore out the rear tires and is back to the way it was? Could this be a suspension problem?

Just bounce the rear up and down like you are checking for shocks. Does one side respond differently than the other? Probably and then you would need to look into new rear shocks/struts. If it uses a sway bar for the rear inspect that as well,

If it wore out new tires in a month, there is probably something bent in the rear suspension or axle. A real close inspection is in order.

Hi,
I have a 2001 Mercury Cougar 6 cylinder automatic. I started the engine, drove the car around, noticed transmission fluid on the ground, checked the fluid, was all the way up the dipstick, took it for a ride through all the gears, let it run for half hour - 45 mins and the fluid still at the top of the dipstick tube. Goes into gear and shifts fine... I was told that the torque converter or the seal was out on it and that was causing excessive transmission fluid. Not sure if this is problem or not??? Confused?? Any advice or thoughts?
Thanks!
Brian

I'd bet more on somehow it got overfilled! It would purge out as it warms and expands and I'm shocked it behaves. Can't be good for it so I'd get the suction pump to remove it to proper level. Just my thoughts on this,

T ~
When the car was running before fluid levels were right on the mark, had a starting problem, wouldn't start for 8 months, got it started, then it started leaking transmission fluid. I haven't added any transmission fluid to it, so I'm not sure how it would have gotten over filled. I can see there is transmission fluid on top of the housing. Could it be the torque converter? or a seal? any other ideas?
Thanks!
Brian

What I can't understand is if this was from the torque converter which does hold a lot of ATF then I wouldn't think it would move the car! I'm not a total tranny head but have the idea of how they work.

There's quite likely a vent (small mushroom cap maybe) on top of trans that could blow out excess. I've seen that happen from an known overfill before on a totally different car.

Again - I'm still plucking hairs out wondering how it can run/drive ok and really be that full??

I'd still put it back to the correct mark and see what happens. If it slips or doesn't stay engaged don't drive it like that if it will at all. It may decide to keep filling up - dunno.

Some maybees and I'm open to any ideas on this:

* Someone forgot and added fluid - it wouldn't necessarily take all that much over the full mark to go way up for a reading. The dipsticks as you know are marked for pints not quarts and if someone thought it was down 2 pints and put two quarts in it that would account for this.

* A key property of ATF is not to resist foaming. If this can foam up bad that could displace fluid and raise the level. Never saw that happen to this extreme.

* Another: Most automatics use the regular radiator to cool/moderate trans fluid temp. If the heat exchanger inside the radiator messed up it usually puts ATF into coolant but I suppose it's possible for coolant to go into the trans! Antifreeze would sink to the bottom leaving oil/ATF on top for a while but soon would mix to a pink foamy mess or perhaps a brownish - like a milkshake. If that's the case the coolant level would be down and it would show up as a milkshake pretty quickly with some use but not right away. If that happened - hurry and get it fixed and trans all flushed out sooner the better.

The torque converter is a large donut - one side spins a fan direct to engine speed at another to be like two table fans - one blowing at the other - one blowing and plugged in the other just catching the breeze sort of thing but in fluid. The second fan drives the trans but can slip like when you come to a stop. If that somehow lost the fluid to play fan action in the car wouldn't move - IMO.

If not one of those I'm at a loss at to why this could be??

I have a 1997 Mercury Sable sedan FWD, with about 130k, that I was driving last summer. The rear wheels were making whirring and wobbling noises that got progressively worse over the summer. On a whim, I replaced the wheel bearings (sealed units), but this had no effect.

Well, the final straw came when I backed out of a parking space, and the left rear wheel wouldn't turn at all. I had to back out with the wheel rubbing against the pavement.

Whatever is holding up the wheels - shocks, struts - has failed. The car is off the road now, but I would like to fix it in the spring. Just want to know where to start, as I have never worked on a suspension before.

The problem is that certain rear suspension subframe components â€” which were ..... Ford is recalling almost 700000 Mustang and Taurus and Mercury Sable models .... The recall covers vehicles made between 1997 and March 2001 and may not ..... which could cause vibration or result in the wheel and tire falling off.
***********
melkinny

The problem is that certain rear suspension subframe components â€” which were ..... Ford is recalling almost 700000 Mustang and Taurus and Mercury Sable models .... The recall covers vehicles made between 1997 and March 2001 and may not ..... which could cause vibration or result in the wheel and tire falling off.
***********
melkinny

I checked and find no such recall at all. Let's get our facts right before posting stuff like that.

Fix what's broken! But if it needs struts or brake work or whatever just make sure you do it to both sides. If one side is broken the other side will go soon.

Well, I am going to fix both sides. But it was broken anyway, so I don't think driving it made much of a difference. The car is off the road now.

It will roll forwards as before, with a lot of noise. Just wondering what would make the wheels stick. Struts?

You're not going to find the answer to that on the Internet. The car needs to be inspected to find out what happened.

"But it was broken anyway, so I don't think driving it made much of a difference."<<

An accident could have killed someone or more! Never mind the car - get it inspected for why it's doing this and fix it. Good - don't drive it as you said till all is well,

You start but getting a thorough inspection by a competent tech to find out what has happened to it. You already made one serious mistake by continuing to drive it until something broke.

I have a 1996 Mercury Grand Marquis, and the lower passenger ball joint broke in half, and the car hit the ground hard. I replaced the ball joint, but now I have a screeching noise from that area of the car.

The noise is constant except when I hit a bump, then it stops.
I took the brake shield off thinking that may be rubbing up against brake disk, but that was not it. My friend said I may have ruined the strut/ shock .
Does anyone know what it could be?

That simply is going to need total checking out for what got damaged, a splash shield if damaged replaced and whatever else got wrecked which could be quite extensive. No way I can guess on something like that,

I checked out the front end , and the upper ball joint on the side where the lower ball joint broke off is slanted at an angle. The other side is straight.

I think when the lower broke, and control arm smashed the ground , it bent the upper ball joint upward.

you bent the whole control arm, thats why you have the angle. Replace all your ball joints now along with that arm or you will be in a very dangerous and expensive car.

Can I replace the upper ball joint first, and see if that gets rid of the noise. Then replace the control arm too if needed.

Should I get the upper control arm with ball joint included, or just replace the control arm?

your lower ball joint was so old and worn out it actually seperated while driving. The one above it and the ones on the other side are just as old. Even if you could get your old ball joint out and into a new control arm you'd destroy it doing it. Replace all 4 and the arm you bent or risk destruction

I bought 2 new ball joints , but I will see if I can straighten out the control arm.

but I will see if I can straighten out the control arm.

Stop with the total nonsense. If you control arm is bent even a tiny bit, it HAS to be replaced

I'd really like to be there to watch how you straighten out that stamped steel control arm.

I'd really like to be there to watch how you straighten out that stamped steel control arm.

I went on Google, and many red neck mechanics have taken the control arm off their car, and heated it with a torch, and said it wasn't like new , but did work.
I decided to buy brand new with lower ball joint included to save me all the trouble, and with shipping, I was able to find it for $86, I got a Rock solid deal. I am happy now. I may have to get front end alignment now.

Unless your into metallurgy and understand the properties of different types of metals and what happens to them when they are heated, I recommend you buy a good used or new control arm.

The lower arm is probably tool steel and heating it up will probably make it brittle like glass. There is a reason that body shops replace bent suspension parts. I have never seen a body shop trying to straighten out bent suspension control arms.

edit: Your making a good decision replacing the arm.

Thanks for all the advice. After I repair this, I am getting something newer in a few months.

This Mercury has 250,000 miles, and just about every part has been replaced.

I am going to miss working on my cars, cause the next one will only be a couple years old, and the computer mechanics will do all the work.

I went on Google, and many red neck mechanics have taken the control arm off their car, and heated it with a torch, and said it wasn't like new , but did work.

That is the most asinine (and dangerous) thing I ever heard. I'm sure you could find people riding on the hoods of cars too. Would you consider that a good idea?

I'm glad you came to your senses.