Select Your Vehicle to Shop For Your PCV Valve Hose

Choose a Year for your vehicle's PCV Valve Hose 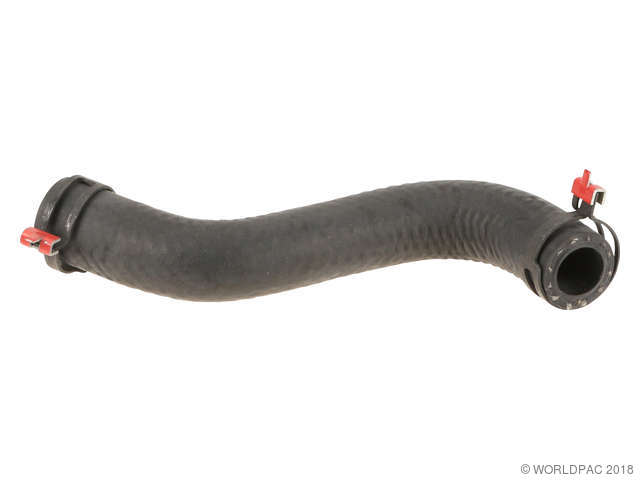 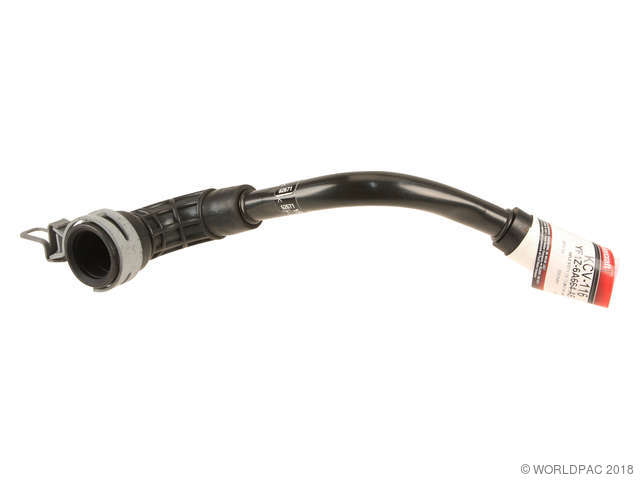 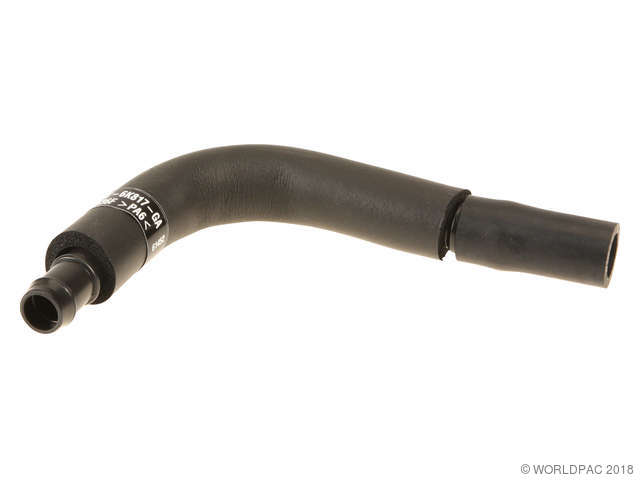 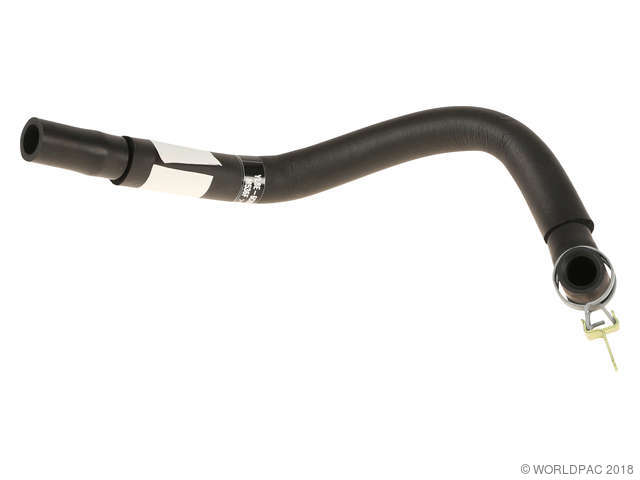 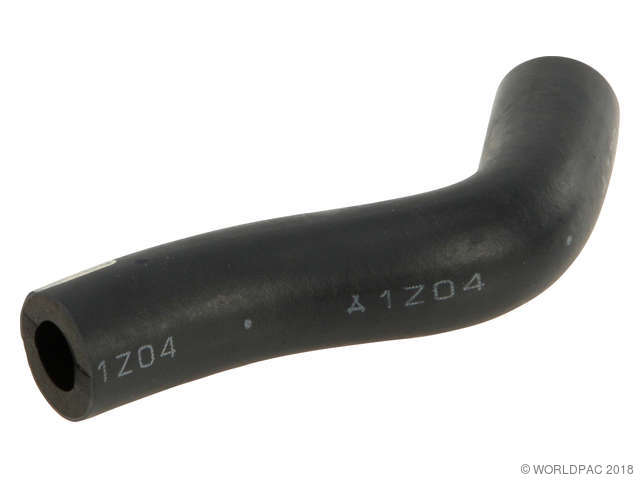 I have 2000 Ford Windstar with a 135k on it. The engine light has been coming on periodically. When we put a scanner on it it shows that both banks are running lean. I have replaced three oxygen sensors and the temperature sensor. There does not seem to be any head gasket leaks. After each of these fixes we reset so the engine light goes off. However, the light will come back on within usually a week. There seems to be no rhyme or reason as to when the light comes back on. Can anyone help me figure out what is going on?

I experience this. Fuel lean on both banks should be problem common to both rails. Fuel pump or fuel filter.
I lucked out, replacing the fuel filter fixed the problem.

There is a lot a good advise on things to check. You really do need make sure there are no vacuum or exhaust leaks 1st. Along with the intakes, those are good for bad PCV valve hoses at the manifold........

Scan data would be very helpful for this problem to help zero in on what system is causing the lean codes. As you see here there all the things mentioned to check, and ALL those systems can cause the lean codes. You really need to look at some fuel trims to help narrow the field a bit...............

The first place to look is fuel pressure. You will need to hook a guage up to the test port and check it key on engine off, then engine running. Post back with the fuel pressure recorded from the test and we will go further.

These engines are famous for intake gaskets leaking. Look at the O2 sensors to see what they are actually doing. Also look at the MAF sensor to be sure it is reading correctly.

Showing 3 out of 10 Posts | Show 7 Hidden Posts
Question From zmasterflex on Ford Windstar with multiple codes.

2002 Ford Windstar 130k with p0401, p0174, p0171. I got the car in non-runnning order, I swapped out the fuel pump and battery. I drove it around and the check engine light comes on - p0401. I took the EGR valve to clean it but it was flimsy and covered in rust so I put in a new one. 250 miles later the light goes back on, same code. I drove with the code for a while until a friend of mine reset the light with his new computer. I drove less than 40 miles and the light came back on. Being that the first 2 times the light came on was after a much longer driving period I checked the codes- p0171 and p0174 system to lean. The weather here was really cold for those first miles that set the lean codes on, I was wondering if anyone has any advice on this matter. thanks.

Almost forgot, the guy who I got the car from had a list of diagnosed problems including all 3 of these codes. I assumed that the fuel pump that kept cutting out on him (until it died) made the system lean codes come on because it took 1100 miles of driving (close to two sets of 500 miles between computer resets) without those codes coming on. Any advice would be much appreciated thanks.

If you are only getting the P0171 & P0174 back the 1st thing I would do would be to check for vacuum leaks, take a close look at the PCV valve hose. If there are no vacuum leaks get a scanner & look at the LT fuel trims @ idle & high speed also the baro Hzs. If the trims are high at both Idle & high rpm & the baro is 150 Hz or below more than likely you are looking at a bad MAF sensor. They can be cleaned to see if it helps the problem but it's been my experience when they get skewed that bad, cleaning only helps a little & doesn't completely fix the problem. If you are at sea level you want to see a reading of 159 Hz on the baro.

Thanks for the quick responses. I pulled out the PCV valve hose and cleaned around it and the grommet and pushed it back in firmly in place (it was clicking when I shook it). I also replaced the fuel filter (quick and cheap). I reset the light and will see if it comes on again in the next few days-- I'm not familiar with all of the terminology you posted, what's the "LT fuel trims" and what's "baro HZs", "tsb" and ddfe?
thanks.

Sorry Z... I remember you from previous posts & thought you were a tech, didn't mean to do the info overload and here I thought I had a razor sharp memory....hmm go figure huh...

Loren gave a pretty good description of everything. Those are just some PIDs (Parameter information data or lines of data on a scanner) that really help narrow down where the problem area of the lean codes are since there is so many different areas that can cause that problem....

Do as HT suggested & check the manifold end of the PCV hose, those are good for collapsing or see if you can hear any hissing around the intake area, make sure the air intake tube is hooked up with no holes or splits and there are no exhaust leaks. After that is does get a little harder without the right tools.........

I appreciate all the help you guys are giving me. The check engine light came again after less than 30 miles. The PCV valve and hose are in good condition and it fits snugly on both ends. I was digging through the glove compartment for any old reciepts that might help and I found a few service statements from the early parts of 2009. The codes p0401, p0171 and p0174, a few random other things that were taken care of (misfire codes accompanied by a full tuneup) and scrawled at the bottom "intake gasket leaking oil". Presumably that would cause all 3 codes, I have the gasket kit I just need to get ahold of a service manual or pdf. I'll try to find time this weekend thanks for the help.
By the way-- the DPFE sensor, is that the sensor thats attached to the pipe/tube that runs out of the EGR valve? I was in a junkyard last week and guessing that it might have to do with the EGR code, I yanked it off a car. thanks

These have a known problem with the isolator bolts and manifold gasket.


Here is the TSB on it

When they told you to look at the PCV line, you are supposed to be looking for holes in the hose or connectors to cause vacuum leaks. they are notorious for that. Listen for hissing with the engine idling.

there are tsb on these codes p0401 is a DPFE code and for the other 2 codes there are tsb for vacuum leaks at the upper to lower intake gaskets and at the fuel pressure regulator. i have seen a bad dpfe cause the leans codes but that is really rare for that to happen.