Choose a Year for your BMW 's Oil Pump 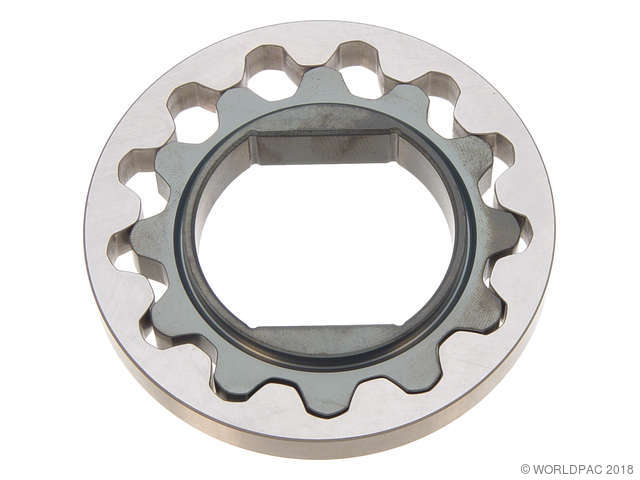 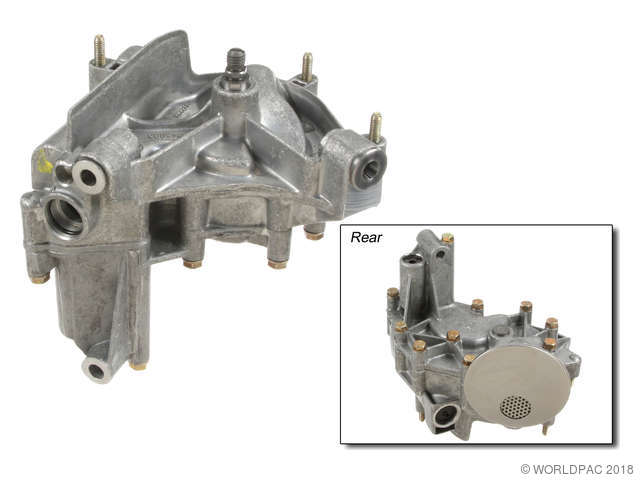 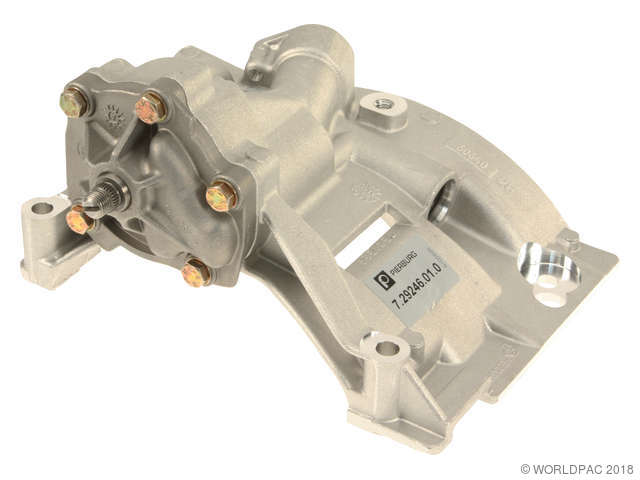 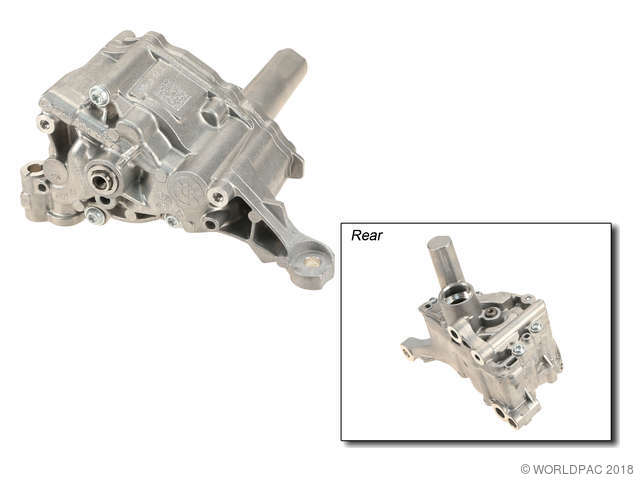 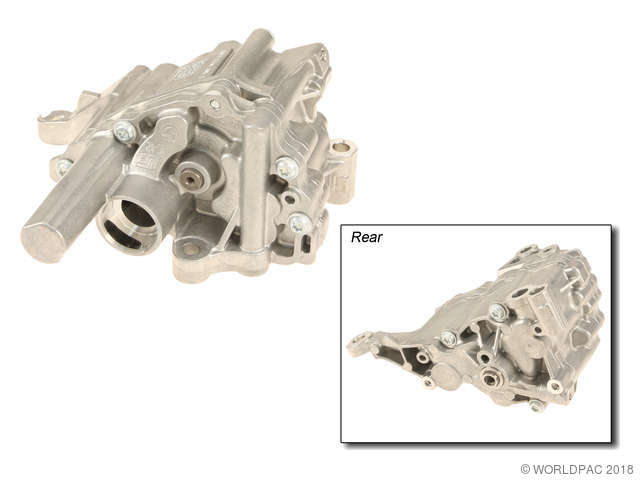 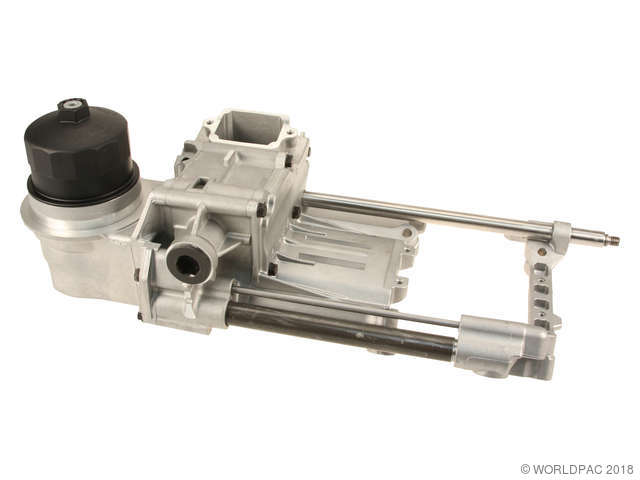 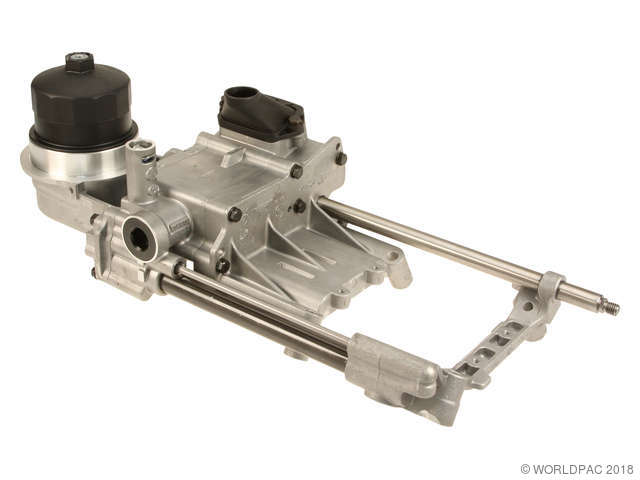 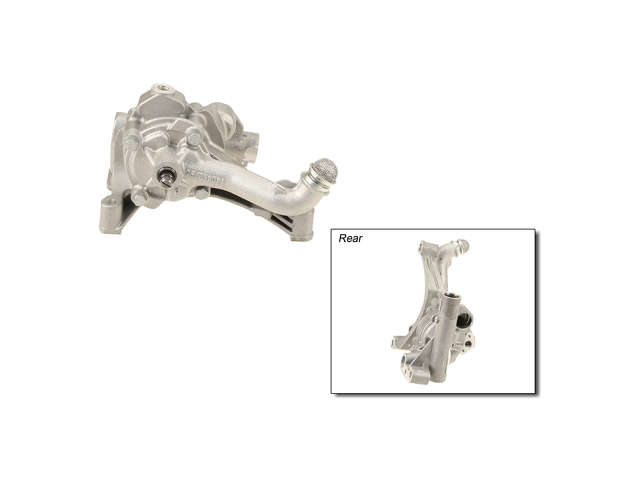 I recently noticed a very slow oil leak which a garage tells me is coming from the rear crankshaft oil seal. It had apparently leaked into my starter motor which had started to fail and has now been replaced. To avoid another starter failure I need to correct the leak and would appreciate your views on:

- Use of oil additives to stop leaks. Are they safe to use and do they work

- How much would you think for full job?

That vehicle is no sold here in the states, so advice is limited.

Did the shop check the operation of the PCV system to be sure it is working?

If you don't feel comfortable with the shop's diagnosis, you could always get a second opinion.

There are additives that can condition seals, but unlikely it would stop a worn out seal or seal with too much pressure behind it from leaking.

I asked about pressure build up but this was never checked out. I have just been looking at my Haynes manual and it talks about a crankcase pressure limiting valve. Is this the same as the PCV. The manual doesn't Seem to mention a PCV. Definately getting a second opinion on this. Thanks for your help.

Just FYI on what PCV = "Positive Crankcase Ventilation" is about.


Blow-by of gasses gets into the vapor areas above oil in oil pans (sump as you called it) and anywhere oil and air are including inside valve covers. What's confused is that "positive" is really making a very slight vacuum in the entire area via the PCV system that also removes that vapor and burns it so should show a very slight vacuum that you can usually measure thru a dipstick tube for oil with engine just idling.


Smoke from a source - incense stick, cigarette if not windy is a quick "hillbilly" way to watch that. If crankcase is under pressure rather than vacuum (just 1/2 of one Hg or so) it will find places to blow oil vapor out like a leak and make real oil (some) show up like a real problem leak and may not be or may be plain excessive blow-by.
If the system is plugged up, broken in some way as DS here suggested can cause the leak which will naturally go to lowest spot if enough to drip.


Rear main seals (in general now on most engines - for decades any make) a "rear main" seal does have a "very limited leak" by design to lubricate it. It would have ONE drop in that location on many and not a problem but not enough to mess up a starter so there's a problem.


How extensive is yet unknown to me. It's my opinion that if a rear main seal is plain worn out that bearing of a crankshaft are the common reason - totally not good! The free motion of a crankshaft because of worn bearings IMO is marking the end of an engine! Either that or a fix would mean either re-machining crank fitted with new properly sized bearings I still consider a patch not along life (many years) fix.


Why? Bad oil pumps, run low on oil, neglect or abuse on the list.


There's also bad luck with a seal. BMW anything isn't known to me for this nor neglect especially this new.


This is why my first thought was a second look or opinion - that's all,

You suggested a test for crankcase pressure which I wanted to report back on. When I took the dipstick out there was definately no vacuum. Smoke could be seen rising out of the dipstick tube in fact. I checked the breather hoses and found one from the valve on top of the engine to the air intake to be perished and leaking. I just wanted to check if you think this would be the cause of the pressure build up and the cause of my crankshaft oil seal leak. I have a picture of the damaged hose.

Jeff - This is primal for an internal combustion engine since forever. This case you see a hose in need. That alone could be your whole problem. Fix that then proceed back to even that "hillbilly" smoke test.


FYI - The gasses that normally pass by rings must be vented OUT of engines, once to the ground via a tube now long, long time captured and burned, regulated by a PCV system and clean air allowed in to replace what was drawn out but leaving crankcase in such a slight vacuum not pressure or it would seek the easiest way to blow out an oily mist and show as a leak very real and active or just a mess. I can't say where is the weakest spot but a newer vehicle that didn't have a neglect problem, or overwhelmed with blow-by from wear would just pick to vent where it could even back up to air intake parts.


That mist has to get removed or engine would suffer from very poor quality vapors with oil in them and gasses that would quickly ruin the oil, lubrication of anything oil lubricates.


For now - let's save the design reasons and find out it fixing that hose will solve this. Then just change out the oil and test again that the system is in fact working.


If a seal anywhere was damaged (can't say right now) it might not leak or IDK - you would slow it down at least by all odds.


FYI: Sealing things for engine oil include the pressure sensor, gaskets anywhere like valve covers, intake possible, oil pan gasket(s) front and rear seals as well. Those two are meant to seep just a drop a day such that they don't burn out being dry. If all is good not enough to show up much at all as more than a dirty spot over some time.


The real fear I have is if something went wrong and it is in fact a rear main it's frequently because engine's crank bearings allow too much motion/wobble in worn bearings which is close to an impossible thing to cure or make as good as it would be from new ever again!


If that it should also show as slow oil pressure build up when started from cold. To me that marks the beginning of the end of that engine but don't freak out just yet.


Fix that hose. Get BMW specialty help for things that are likely on this engine to fool the diagnosis not just the "all engines need this idea by design" things I've mentioned as you may also have oil temp sensor(s) and coolers I wouldn't know of for this,

Thank you again Tom. You have been an incredible help. I will change the hose and keep you posted on progress.

I can't speak for diesel engines but I can tell you that a bad rear main in BMW gas engines is very rare.
Valve cover leaks are very common however.

No additives - period! Second opinion on the source suggested.


Some (IDK each ones) - put alloy oil pans too low not protected and can crack and fool you.


I'm not a "Beamer Specialist" sometimes required. Basics on an oil leak it YOU know it has one is to look for highest and most forward areas that show oil dampness - should be from there,

Thanks for you advise Tom. I am pretty sure the leak is right down at the bottom of the engine since I can see no evidence at all higher up. I will get a second opinion as you suggest and get the sump checked out.