Choose a Year for your Nissan Titan 's O2 Sensor 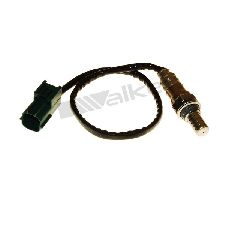 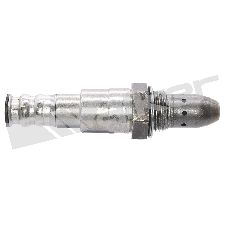 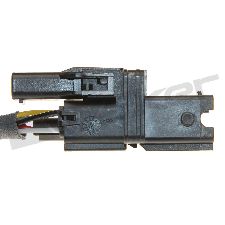 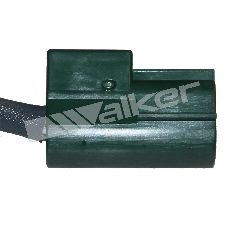 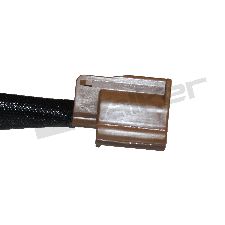 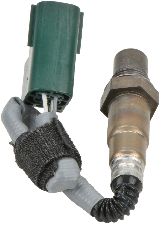 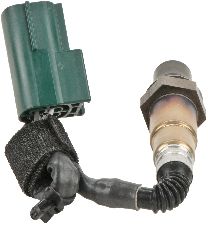 I have an issue with a P0430 code. I know the cat is probably bad, I'm trying to diagnose what caused it.

When I monitor the O2 sensors Bank 2 Sensor 1 stays pegged at .6/.7 rather than switching like the other side. I'm trying to figure out of this is an issue with the O2 sensor or possibly something else upstream.

Can someone please help me out.

It is tough to diagnose the reason for failure. Often we see issues that precede a cat failure- ignoring a CEL esp a engine misfire, contaminates oil or coolant getting to cat, vehicle modifications, and off roading deep water, the jarring. The OEM cats are designed and built much better than aftermarket, last longer BUT they do cost.


First the post cat o2 sensor should not mirror the pre cat o2 sensor voltages, that is the indication (same readings) the cat is not operating properly. Post cat will shift hi to low slower and the Hi should be less than pre cat hi reading. A graphing scanner is a great way to see the readings stacked for comparison.
Do any issues raised above apply?
Can you see live data with your scanner?

Yeah, I know they shouldn't match, and the fact that that post o2 sensor is switching is indicative of a bad day, I get that, but shouldn't the pre cat o2 sensor be switching? It's making the truck run very rich, the exhaust has a strong fuel smell

The precat sensors are A/F sensors (aka wideband). They don't switch like narrow band sensors do.

Your not going to see the switching frequency ratio of the precat sensors with your scan tool. The PID for O2 voltage on your scan tool is a figure that is represented by how the PCM controls the amount of current and its polarity to the sensor.

Usually what kills catalyst are too much heat (from misfires or incorrect ignition timing), poisoning ( from oil, coolant, or other chemicals that can coat the catalyst surfaces), and/or physical damage.

If you have engine running problems, the engine is burning oil or coolant, or you have exhaust leaks, you need to fix those problems first before replacing the catalyst.

One huge problem with catalyst that are part of the manifold is that they are close to the cylinder head and engine damage can occur from a failing/damaged catalyst. If the catalyst substrate is coming apart, the ceramic particles can be sucked up into the cylinders due to exhaust/intake valve overlap causing the cylinders and rings to be damaged resulting in high oil consumption. Nissan had a huge problem with this and the only fix was to replace the engine.

the pre cat are NOT switching?
did an y thing apply - from my post of possible reasons for failed cat.
Is there a code? , anyway look at FT's fro that bank.

They will "switch" depending on oxygen ratio in the exhaust, but they don't act like your regular O2 sensors that produce a voltage that the PCM tries keep around .5 volt. A/F (wide band, LAF, continuous lamda) sensors are current controlled sensors. The PCM has to apply current to the sensor to determine the air/fuel ratio. I know it probably sounds goofy, but the theory and operation of an A/F sensor is too much to put in here. There is alot of info on them if you google it.

How the PCM determines the catalyst is bad depends on the manufacture and the tests they use to figure that out. On this Nissan the manufacture uses the switching frequency ratio of the A/F sensor against the rear sensors that are regular zarconia narrow bands. What that threshold ratio is should be somewhere in Nissan's publications. Your not going to see the switching ratio on your scanner because like I typed the information on your scan tool for pre cat O2 voltage is a representation of what the PCM calculates. It is not the actual sensor voltage.

Thanks for the reply, I guess this means I don't have enough info to decide that the pre-cat O2 sensor is bad. Is there anything else I can check to decide why I'm running so rich? The exhaust smells like fuel.

Is the engine running rough or misfiring? Do you see black or white smoke flowing out the exhaust. White smoke doesn't just mean the engine is burning coolant or condensation is burning off. It can also mean that you have raw fuel in the exhaust which will sting your eyes.

You can check the operation of the A/F sensor, but it can't be done if the engine is running like crud. Plus you never condemn a catalyst if there is a drive-ability issue with the engine. All drive-ability concerns have to repaired first before saying the catalyst is bad because a P0420 or P0430 is popping up.

I should have mentioned this. The truck is running great. If there was no CEL I would have never known there was a problem at all.

If your watching your A/F voltage value on your scan tool, perfect lamda (nothing more than perfect air fuel ratio) should be around 0.5 volt. It will not fluctuate or oscillate like a regular O2 sensor.

If you create a vacuum leak, you should see the voltage go higher than 0.5 volts until the PCM compensates by adding more fuel. You'll see the percentage go more positive in the short term fuel trim reading. If you add propane to the engine, the voltage will go lower than 0.5 volts and the short term fuel trim will go more negative. If you can cause the A/F sensor to swing high and low volts by doing those things, more than likely the sensor is fine. The PCM will always try and keep that voltage close to 0.5 volts unless the PCM can't compensate for a rich or lean condition.

Your exhaust may be more fuel smelling if your catalyst isn't functioning because the catalyst is supposed to lower unburned hydrocarbons. The catalyst is probably bad IMO. If you go to replace it, would be a good idea to go ahead and replace both the AF sensor and rear O2 on that cat while your at it. Those sensors and their heaters will degrade over use and thermal cycles.