Choose a Year for your Dodge 's O2 Sensor 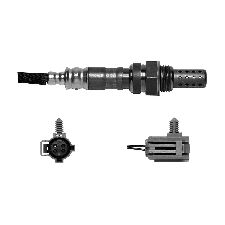 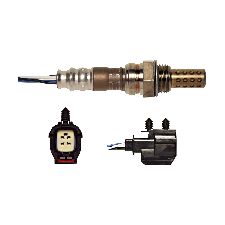 HELLO EVERYONE, THIS IS MY 04 DODGE CARAVAN THE CHECK ENGINE LIGHT COME ON, AND I REPLACED THE O2 SENSOR, WHEN I TRY TO REST THE CODE THE LIGHT WON'T GO ANY WHERE, WORST OF ALL WHEN I SEE IT ON LIVE DATA THERE IS NOTHING I MEAN IT IS NOT SWITCHING, WHAT COULD THIS BE, HOW CAN I CHECK THE GROUND AND POWER TO THE SENSOR ANY IDEAS THANK YOU.

How about you start with the engine size and code number.

hi sorry for the miss info. its a 2004 dodge caravan 3.3, i don' remember the code but it said o2 sensor bank one circuit high something like that.

2 suggestions - we really need the code to advise

1) a FREE scan at auto parts stores autozone, Orielys, advance, record the code they give you and poat here- FREE
2) TRY the key dance I call it- igniton key turning to on then off - on not start - on,off,on,off, on- if this works the codes will display in the odometer window...its a free try

Tes, you are not new around here and you should know what supposed to go here by now. I advised you before about the way you ask questions and you still supply hardly any of the required info. We need code numbers, not someone else's description. Don't use flash codes as they are not very specific at all. Get the code read and post the number.

tell us details - all code #'s, any piece of the puzzle will help us help you

hi there everyone this is my o4 dodge caravan the code is p0032 is comes and goes, at the first time when I check the sensor for continuity the heater element was bad, i replace the sensor the check engine was gone, and now it's back with the same problem my question is what could cause the heater element in the sensor to go bad again thank you like always.

sure it is the same code-

did you use a Chrysler sensor?
Will your scanner read the freeze frame and live data- this is a high voltage reading SO the heater being open is suspect as cause of this code.

Hi thank you for the help, ya like you said I didn't use the factory sensor so I will try to replace it with the factory one.

You sure you changed the right O2 sensor?

On Chrysler always replace the O2 sensor with a the factory OEM dealer sold O2 sensor. There is a big problem out there right now with aftermarket sensors not working on Chrysler products that have ground bias voltage systems.

Driving through deep puddles or buying cheap, off brand sensors.

I have a 2005 Dodge Grand Caravan w/85,000 and the 3.3L engine that has been giving me quite a few troubles lately. First issue that came up was the check engine light came on, took it to the garage and they said it was from the upstream O2 sensor, they had to order me a new one. While we were waiting for it to come in the van starting running a little rough, seemed to have a slight flutter or skip to it when it needed more power, did it at all speeds reguardless of what gear it was in. Mech told me to change plugs and wires, which I did, and it didn't help. After this I had him check fuel pump pressure and he said it was within spec. O2 sensor came in and was changed...........now here is where the real fun starts. The check engine light never went off, but the code for the O2 sensor went away, but now the van is running really bad, no power and when you step on the gas to try to go up a hill it jerks and spits and sputters pretty badly, to the point where you can't even make it up a steep hill. Took it back to mech, now codes for MAP sensor and Cam postion sensor are showing up. He changes those, the van regains power, and stops cutting out when you step on it, allthough it still has that slight "skip" to it. But now also the check engine light is still one, and it's the SAME O2 sensor. Well we take it to another garage and they pretty much go through the same routine......check fuel pump pressure........still withinn spec, and order us another O2 sensor. They have not changed that O2 sensor yet, and today the spitting, jerking, loss of power, engine problems returned. This time it happened when I was going down the interstate at 70 MPH w cruise on, the cruise cut out and would not come back on when the problems returned. If I shut the van off and turned it right back on, the cruise would work, and the van would run better for 5 or so miles then the cruise would quit, and the rough running would start allover again............I have no idea what codes are showing up now, and won't till monday, but I am thinking this is beyond an O2 sensor problem. BTW engine runs fine, no knocking or pinging, no burning oil, or fuel or water in the oil, it's not using water, or running hot, tranny is not slipping or out of oil. I am thinking I have an fuel injection problem or a engine computer problem..............but i am sick of hearing "well we have to change the O2 sensor and see what happens"

Getting the exact code #s as HT suggested would help a lot.

Sometimes when you get a lot of different codes popping up it's an indication of a different problem other than the exact sensor the code is indicating... It's just telling you there is a problem in that circuit. Personally it's been rare for me to find a car having 2 or more sensors fail at the same time. Usually it's electrical problem or bad PCM, with Chrysler, either is very possible..

I've seen a few of these Caravans with bad injector harnesses. You can wiggle the harness & see if that has any effect on how it runs, if it has any effect good or bad more than likely there is a problem inside......

You'll see the harness, it comes out from under the plenum and the connector is by the p/s pump reservoir. If you're feeling energetic, you could open the loom & inspect the wires, they corroded inside close the the connector..........

Response From Brad A

There's multiple codes both of those sensors could set so without the exact code number it doesn't help much.....

But even with the code number the next thing you would do is hook up the equipment you have and 1st check power source and ground of the sensor and then the signal wire to see if the signature or frequency (which ever method you perfer) is with in specs..

Depending on what results you got would determine what you do next.

We need to know the exact code numbers that are being set now. Make sure all the old ones have been cleared first.

As you can see by the subject I have a 2002 Dodge Ram 1500. Its a 4.7L V8 and for some reason I have black smoke coming out of my exhaust. Black smoke comes out under hard acceleration as well as when the truck is started. In some cases black smoke comes out when idling as well. OBD-II gives me a P0171 error, which I was doing some research and found that it could mean a bad O2 sensor. Could this be the cause of the black smoke? If not does anyone know of a probible cause?
If someone could assist me is finding the culprit it would be GREATLY appreciated.

The O2 sensor could be the cause, but tests are needed unless you just want to gamble on that being the problem. The PO171 is for bank 1 being lean. Here is a list of items that may cause the code. The O2 sensors are last on the list.

Hi Need help Front O2 sensor 1998 dodge stratus
Not very accessible- cannot get an open end wrench on it Looks like a special socket is necessary
Very little room to work ratchet handle Looks impossible to assemle connector when working on the ground Is it ok to remove old sensor with connector together Can sensor and old connector be fished out upwards and new sensor connector made up and complete assembly put back down and then made up... Or is there a better way
Thanx prrllc

Hereâ€™s an assortment of different O2 sensor sockets that Snap On have available.

Most parts suppliers will also have different shapes and sizes of sockets as well.
Dan.