Choose a Year for your Daewoo 's O2 Sensor

We stock O2 Sensor parts for most Daewoo models, including Lanos, Leganza, Nubira. 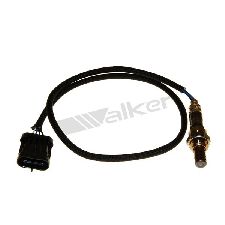 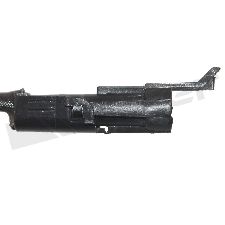 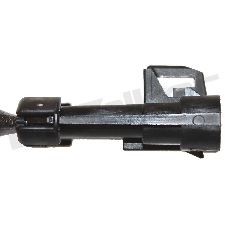 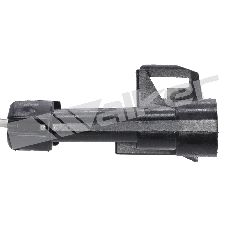 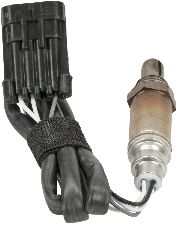 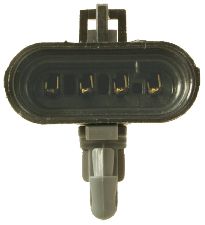 Showing 2 out of 5 Posts | Show 3 Hidden Posts
Question From pjrcard on Charging $50 to read engine codes?

I posted a few months ago and got little response. Check engine has been on in my 2001 Daewoo Nubira for probably a year, maybe more (101k miles), but mechanics have never mentioned it, even when I've gotten it inspected.

It's past time for an oil change though, so I took it to the Meineke across the street. He said he'd fit me in shortly, and just as I was walking back out to the car, I asked if they would also run the codes for me, explain what they mean, and just guestimate how much it'd take for them to fix the problem(s). Seems like a fair request to me. It'll take them 5 minutes. AutoZone took even less than that, and for free. At Meineke, his response was, "Oh, okay, but we charge for that." I said, "How much?" He said 49.99. And I said, "Really? You'll take a look at any other problem and tell me what's wrong with it... before you charge me anything at all. You did it for me just a couple months ago. But you can't run the codes just to give me an idea what might be wrong?" He insisted there would be a charge even for a minimum of work if they ran the diagnostic, and I said forget it and walked out. The irony, of course, is if he had run the codes... I probably would have gone back for the repairs... which probably would have cost well over $50. But money is tight, and it seemed like a money grab. Anyway... is this normal? If so, why?

That all said... hopefully someone here can give me an idea. Car runs fine for the first few minutes... after probably 15 minutes, it sometimes (not always) seems sluggish and may sputter a little when I hit the accelerator... and also when upshifting, especially around 4th (it's automatic). Usually if I give it more gas it powers back to life, although it may lag and I may have to back off the gas completely for a split second before giving it gas again. It's especially noticable in stop and go traffic. It seemed like a timing or some sort of sensor issue to me but I really have no idea.

Codes from AutoZone are:

P0342 - Cam sensor condition - The camshaft position sensor signal is monitored for errors
P0463 - Fuel level sending unit - poor electrical connection at fuel level sending unit
P0742 - TCC stuck on - TCC commanded off by the ECM, TCC slip detected after off command
P1627 - Analog to digital performance - The ECM has detected a fault in the A/D converter within the ECM

There are some probable cause listed... but what do you think? More importantly, how severe are the problems, individually and in their entirety... and how much will it set me back to get it fixed?

Thanks for your help!

I think I should start by saying that codes do not tell us what is wrong with the vehicle nor do they tell us what part to replace.
Codes tell us what system has been affected by some form of fault. Whether that fault is due to a sensor, wiring, terminal connections, computer or it could possibly not be an electronic problem at all; but a mechanical one forcing a sensor signal to go out of its parameters.
For example; a codes sets with a description of; O2 sensor bank 1 sensor 1 latched lean. All that tells us is that the computer has performed all adaptive measures to bring that sensor back into its operating range and could not; the computer sets the code, not the sensor.
Yes this could be a bad O2 sensor; but it also could be low fuel pressure, plugged injectors, a vacuum leak anything to cause that bank of the engine to run lean (not enough fuel or to much air) or make the computer think it's lean.
So your guy that youâ€™re pissed at; knows that itâ€™s a waste of time just pulling codes and is charging this fee to begin preliminary diagnostic checks to narrow down the root cause of the fault. This is so he can give you an honest â€œgestimateâ€ of the costs involved.
Even the codes that youâ€™ve provided us; they donâ€™t mean squat until we/you get under the hood and start proving out what portion of that system/circuit is or is not functioning properly.
Plus he wouldnâ€™t have walk out to your vehicle with a 50 dollar code reader but an 8 to 10 thousand dollar scanner and we wonâ€™t even begin talking about the hours, days or even years of training that went into learning how to use the scanner and your vehicles systems.
Guess why Auto Zone reads codes for nothing; they want you to run into their store and buy up all the sensors that you can carry and then point out the return policy on electronic devices.

I guess we are on the same page, Dan. I answered this person in another forum earlier and when I came in here and saw your reply I thought dang....

The reason the repair shop wanted to charge you for reading codes and telling you what is wrong is because the code(s) by themselves don't tell you what is wrong. You will not believe the number of parts that are replaced on vehicles that don't solve the problem because the part was mentioned in the code description. Code(s) just tells you that computer has detected a problem with a circuit or performance issue with a certain system. It is the technician's job to diagnose why the code(s) are popping up. Just because a code mentions a device in its description doesn't mean that device is the problem. Anything that is related to that device that is mentioned in the codes' description is subject to investigation. It takes time to diagnose these types of problems and time is money in the mechanic's world.

Autozone doesn't diagnose automotive problems. They sell parts. They just scan the computer and tell you what code(s) are causing your check engine light to come on. Gathering trouble codes is only part of diagnosing automotive problems. The rest of the diagnostic process is isolating the problem and the cause using the process of elimination. Just like a detective uses certain tools and skills to solve a murder case an automotive technician uses certain tools and skills to solve automotive problems. An Autozone employee may guess and tell you that it needs a sensor because it was mentioned in the general description of the code, but 90% of the time they are wrong because they don't have the experience, training, and tooling to diagnose these problems correctly. Their primary function is to sell parts and keep track of parts' inventory, not troubleshooting automotive problems in the parking lot with nothing but a code reader.

As for the trouble codes that are stored in your engine controller, they need to be troubleshot by an experienced drive-ability technician. He/she needs to gather up as much data as possible and make an assessment as to what the culprit is. It is too difficult to give you an estimate for repair if you don't know what needs repairing.

Well Iâ€™m glad that there are more techs out there that are willing to spend the time to educate people, rather then just bark at them.
It does feel a little redundant at times though; no Iâ€™m sorry sir that box thingy that we can plug into you car, wonâ€™t tell me what that rattle is, coming from your neighborâ€™s car. LOL

Just to add to it....The 3 tech 2's and 3 mdi's we have at my shop cost A LOT of money. We bought a new top of the line snap on unit and all the programming data and I know that was at least 13 k....The point is shops have to spend money to make it. While autozone will tell you the code with their generic scanner remember the guy (or gal) is working at a parts store not a shop for a reason.

Do you go to the doctor and complain when they charge you to go in there to tell you that you have the flu? Then it's gonna cost 40 in meds and another trip to the doctor? I doubt it.


If you think that 50 is unreasonable think of this my shops rate is 72.50 an hour, the bigger city close to here's gm dealer is 101.00 an hour. Most places charge 1 hour diag plus the repair. There are codes that set for only one reason and there are codes that set for 100 reasons. The reason you pay that money it to assure that it is diagnosed right. If autozone told you that your tcc was out and you replaced it for 1500 dollars and the light was still on you'd probably wonder why you didn't have it done the first time professionally.