Choose a Year for your Nissan Sentra 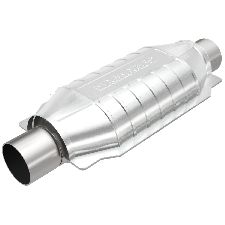 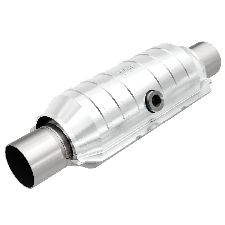 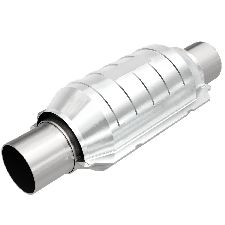 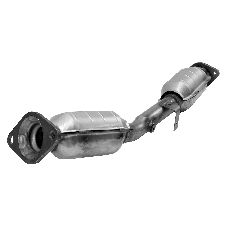 nissan sentra will not start

1999 Nissan sentra gxe. 1.6cl. 5spd. will not start by key. will push start. checked fuses. jumped neutral safety switch, starter is new. battery. car was running fine, then it just stopped starting. any help would be greatly helpful. thank you.

if its the switch that's on the clutch peddle, i jumped it and it still didn't start.

OK, that's a clutch switch.
It provides a ground for the relay.

Your car could have a security system locking out the starter too.

no alarm system. found the neutral safety switch. is there a way to jump it to see if its bad before i spend the $45 for it? thank you all for your help.

Again, you don't have a neutral switch. You can jump the clutch switch by jumping the black and red wire to ground to bypass that.

How do you know that?

car did not come with an alarm from factory and no aftermarket one has been installed. is there a circuit that blocks power to the starter syliond ? just seems weird that it just stopped starting, you know. it ran fine, turned it off. now will not start with the key. push starts right up. just weird hate to take it to a shop.

You don't know that.

If it is equipped with a factory immobilizer, there will be nothing obvious other that a small security teltale that could be as simple as a single LED in a remote spot.

See if there is a relay plugged in inside the relay box under the hood in the position circled.

ya, nothing there. thanks again for the help. got the car from the oringanl owner too.

Does it have an aftermarket alarm system or remote start system?

The heat in my 2005 Nissan Sentra is only working intermittedly. The radiator was hot on one side, but cold on the other, so we thought the radiator was clogged so we replaced the radiator and cap (which I think was leaking) and the thermostat. However the radiator is still cold on one side and the heater hoses are cold. When I start driving the heat comes on occasionally.

We realized after we posted the initial post, that the radiator is not actually cool on one side, he was actually feeling the ac condenser in front of the radiator and that is what felt cold.

We are still having the issue where the hoses into the radiator are hot, but the ones going into the car are not.

If both heater hoses are cool/warm to the touch, then there is a flow problem going into the heater core. Either core is plugged up or there isn't good flow going into it....

You could try taking heater hose off & flushing it out with garden hose.

Which engine? Is it overheating?

Nissan Sentra 1.8S
The engine was running hot when I was stopped at lights, but would cool when I started to drive. Since we replaced the radiator it hasn't been running hot.

Have you made sure the cooling fans are coming on after the engine heats up?

The cooling fans are coming on.

The hoses going into and out of the radiator are hot, but the hoses going from the engine into the car are not. I just drove it for about 20 minutes and the heat never came on. I parked for about 15 minutes while I ran into the store and when I fired it up the heat came on, though the air was not as warm at the red lights as when I was actually driving.

The old radiator looked fine, not crusty or plugged from what I could tell, but we are pretty sure it had a leak because it was almost empty and you could smell antifreeze when the car was running, both inside the car (through the vents) and if you were standing over the engine while it was running.

Sounds like a crimped or plugged vent hose. Will need to get the vehicle on a lift and take a look. Fuel tank removal may be required.

I have a Nissan Sentra 2002 with 170,000 miles. On occasion, the car would jerk and just die. Starting is no problem. The car will start as immediately. This happens on 4 occasion this week already. I am wondering what the problem could be. Any suggestions will be appreciated.

Is the check engine light on? If so we need the exact code numbers being stored. Most parts stores will scan it for free. What circumstances will it do this. Is it anytime, parked, leaving a stoplight, at highway speed? Does it only do it when up to temp, only do it cold, or both? The more we know the faster this goes. Have you had any work done recently?

My engine light has been on and off for the past year. I brought it to different shops and spent hundreds of dollars to no avail. I've been given different opinions and "solutions" by these shops. The light will just turn back "on" after a few days. I've never brought the car to a dealer, in the hope to save money. The light is "on" most of the time. On rare occasions, it will turn off for a day or so and then turn back on. I just gave up and just continued droving the car. It has been running well, until this "jerking". It will "jerk" anytime, during acceleration or when rolling to a stop. The engine code si "1402" which has something to do with the emission. I was told that this light code has been a known problem with Sentras. At high speed,during acceleration, the "jerking" does not "kill" the engine. The engine dies only when the car is rolling to a stop...as I mentioned earlier, restarting the engine is no problem. At this point, I don't know what to do...THANKS

You have a problem with the EGR system and maybe even more by now as you wouldn't know because you ignore the light. You need to have those things diagnosed properly by someone that actually knows what they are doing.

I will bring the car to a dealer...THANKS for your time!

The dealer isn't your only option but you definitely need an upgrade from who you were using before.

I HAVE A 1994 NISSAN SENTRA AUTOMATIC TRANS. I HAVE REPLACED THE FUEL PUMP AND FUEL FILTER. THE CAR STILL WONT START. IT IS CRANKING CONSISTENTLY BUT JUST NOT TURNING OVER. SOME HAVE SUGGESTED THE IGNITION COIL. COULD THIS BE A POSSIBILITY AND WHAT SHOULD I LOOK FOR TO NARROW IT DOWN TO THE IGNITION COIL ITSELF?