Finish Selecting Your Vehicle to Shop For Your Heater Core

Choose a Year for your Buick 's Heater Core 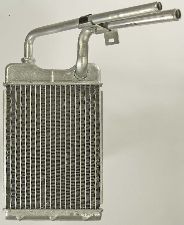 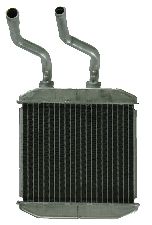 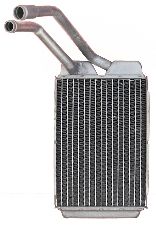 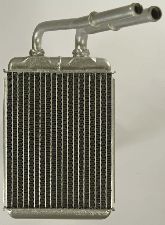 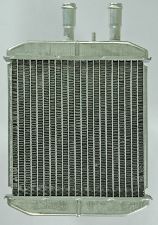 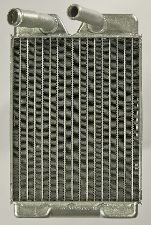 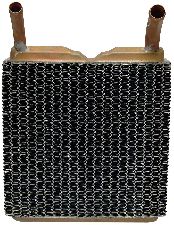 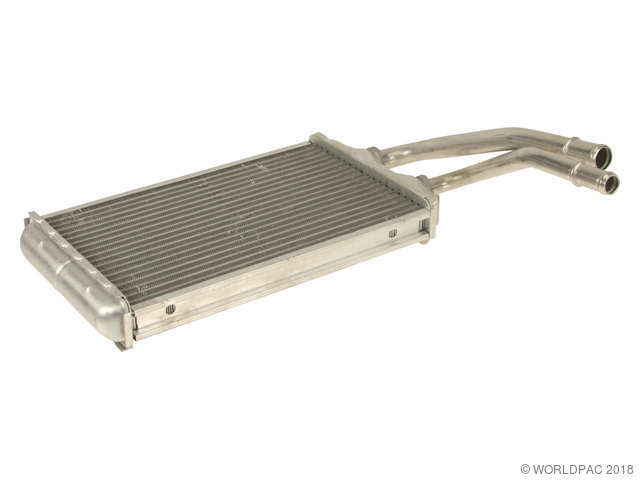 Showing 2 out of 2 Posts
Question From Stonebrew on Heater core problem?

Need help in diagnosing a problem with a 87 Buick Park Avenue.

Car overheats and coats the inside windshield with what looks like antifreeze. This happens with or without the a/c or heater on. Sounds to me like the heater core but always thought that anitfreeze only went into the heater core once you fliped controls to heat. But what about the thermostat? could this also cause these symptoms?

Any info you can give me would be greatly appreciated. Thanks in advance!

No itâ€™s likely the heater core; some models/manufacturers use a water shutoff valve to the core but this 87 Buick always has coolant flowing through the core. It uses an air blend door between warm or cold airflow, to adjust the temperature inside the passenger compartment.
Dan.

The windshield on my 2000 buick century fogs up worse than it should. On cold mornings, ice forms on the inside of the windshield. Any suggestions?

You said "ice" on inside suggesting it's NOT the heater core but rather water from a leak or perhaps a very wet floor from any reason. Leaking heater cores usually fog badly and don't clean up well leaving an odor too.

See if carpet is wetter than expected on passenger's side especially. It might not be draining properly from distribution box or leaking from windshield seal itself - either side could be wet if that.....

I just replaced my heater core on my 97 Buick Skylark 3.1 L with 167k on it and the blowed motor sounds like it is barely on, there is no air blowing out of vents. I am getting heat and A/C on freeway, defroster is working but not at high setting. Does this system run by vaccum or could it be the resister gone bad? Steve

High speed is the only speed that is not wired through the resister. Check the 30 amp fuse marked "HVAC blo mot" in the engine compartment fuse box. If it is good, then check the relay.

Showing 2 out of 2 Posts
Question From Stonebrew on Heater Core problem?

Need help in diagnosing a problem with a 87 Buick Park Avenue.

Car overheats and coats the inside windshield with what looks like antifreeze. This happens with or without the a/c or heater on. Sounds to me like the heater core but always thought that anitfreeze only went into the heater core once you fliped controls to heat. But what about the thermostat? could this also cause these symptoms?

Any info you can give me would be greatly appreciated. Thanks in advance!

The car overheating needs to be fixed as you may be getting anti-freeze in vents from that.

Check coolant level at the radiator. It's probably low. If system has a large enough leak the recover tank/reservoir will not fill the system and the leak could and probably is the heater core.

A leaking heater core can mess up your windows on about any setting and you'll know it's coolant as it smells, is a bit sticky, and doesn't clean up easily off the glass and will be back in a hurry again.

You may find coolant drips under dash on passenger's side or even on ground if bad enough. Temp fix or test would be to bypass the heater core which has two different size hoses but can be done with some plumbing parts. Always use care removing heater hoses from the core as just pulling on them or being rough can cause leaks at the spuds. If real stuck use an exacto type knife and peel the hoses off which then of course are junk but will help to not destroy a good heater core.

This is almost certainly a heater core leaking but it would be nice to be sure as they are difficult to replace. Some can be sent out and fixed but I wouldn't try to save a couple bucks that way.

Take care of the overheating! That from whatever cause can cause aweful problems for the engine and you still no doubt have a leak to fix,

Drove my car to work yesterday and just as I pulled into a parking space, I noticed my "low coolant" light come on. When I went to check on the car about 2.5 hours later, pretty much all of my coolant had leaked onto the pavement. I grabbed a flashlight and found the leak source, which was still dripping. It's coming out of a short pipe on the firewall that looks like it was attached to a hose, but I can't find the hose or the other end the hose attached to. Very near the heater core, but there's no leaking inside the car. Took some pictures on my phone:

General area from the other side

The actual source. Note the wetness around the end of the pipe here - it's definitely the culprit - but what the heck is it? I can't figure out where it's coming from and where it's going to. Is this a simple matter of replacing a hose or does this look like it warrants more serious repair work? Any insight? Let me know if you need any additional information.

That is the drain for the evaporator condensation. Make sure it's actually coolant leaking out of there, not clear water, and if it is, you have a bad heater core. You can either replace the core or temporarily bypass it by connecting the heater hoses together but you won't have any heat if you do that.

Okay that's good information. It was certainly coolant leaking - it was green, smelled sweet, and when I opened the cap to the coolant reservoir, there wasn't any coolant left inside. What would make the system purge like this all of a sudden? I haven't been using my heater at all.

That doesn't matter. It always contains coolant under pressure and it can't be driven that way.

That has to be the "condensate" (water) drain for A/C and would have near certainly dried by the time you could take a pic so it is engine coolant. Why oh why did you drive 2.5 hours with the warning of low coolant escapes me?

Why oh why did you drive 2.5 hours with the warning of low coolant escapes me?

Tom, he drove it to work ,park it and came back to check on it 2.5 hrs later

Drove my car to work yesterday and just as I pulled into a parking space, I noticed my "low coolant" light come on. When I went to check on the car about 2.5 hours later, pretty much all of my coolant had leaked onto the pavement.

That's what going blind causes! Sorry, I don't have my coke bottle lenses on

I'd never dream of doing something so astronomically dumb, believe me. I had walked out to my car in the first place because I had planned on going to buy coolant right away.

I may be forced to do a heater bypass for the time being, but I'll certainly need my heater come winter. I can get the appropriate replacement core for $30, and I'm very interested in doing the work myself, since it's apparently a very labor intensive fix and that could get expensive! I'm going to check out the Chilton guide and see if it has anything to say. Does anyone have any advice on the repair if I decide to go that route?

This one is actually pretty easy to change. There is a cover and a tray to remove (#11 and 13) under the center of the dash and there is the core.

Oh my goodness. That diagram is the most beautiful thing I've ever seen. Thank you so much, guys. Gonna tackle this thing tomorrow.

Hope you can get that to print for you. Try not to break anything and be gentle with new core which can break just jockeying into place.

Let us know how you make out,

The toughest part is item 13 in the diagram. Gotta be careful because it likes to hang up in item 21 towards the firewall. Very easy to crack.

I almost forgot to let you all know how it went! This is my first foray into car repair, so it took me quite a while - two 4 hour shifts after work and class. In my defense, a good portion of that was spent lying under the car or dash just staring at whatever stubborn component refused to budge, and another good portion was spent scrounging for tools (most of which I just borrowed from the biodiesel lab I work at).
$30 for the core, another $30 for some good jack stands, a couple bucks for hose clamps, and a couple more for a drain pan, funnel, and some good shop paper towels = ~$70. (I didn't go for new hoses; they felt and looked just a few years old, no more than five - definitely not 22 years old! Perhaps they were replaced before I bought the car in 2009) I talked to a guy I know who consults at a GM dealership and said the typical charge for that work would have been around $700 (at the dealer, but still!)... so I'm pretty pumped.

The car is running wonderfully and I'm kind of hoping some other easy-yet-tedious-to-replace-component fails so that I have an excuse to work on it some more - it's addictive! Thanks for all the input, I couldn't have managed without.


I guess that would make him a bit of a thief. The flat rate on this is 2.7 hours which would make the labor about $200-$260 at most shops and you already know what the part costs.

Congrats on your first DIY repair. Glad it worked out. Realize that its not that easy now, huh? Welcome to our world and trust me you got the graviest heater core job in a front wheel drive car. They get worse in later models. Let us know when you need more problems solved.

Yes, you can by-pass it and I suggest making it a "U" turn not just plugging hoses and think about new ones of those too.

Heater core: They don't cost that much but could be a tough job or broken little widgets in doing it to deal with. Here used silly crap is about gone for anything older with plain metal value exceeding about any wanted parts left.

Hope it behaves and no further damage than just that,

Yep, you may already have serious engine damage if you got it real hot.