Finish Selecting Your Vehicle to Shop For Your Headlights

Choose a Year for your Chevrolet Cobalt 's Headlights 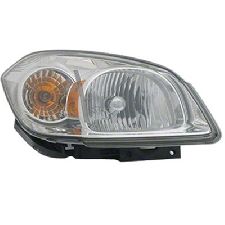 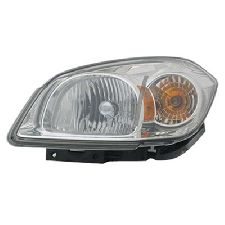 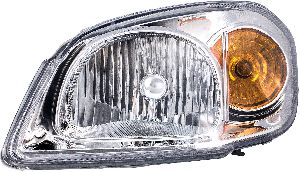 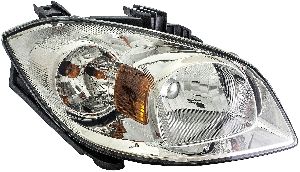 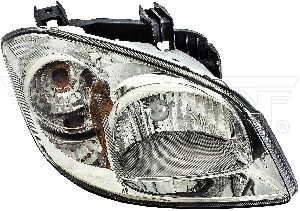 
I drove my car from Pennsylvania to South Carolina without any issues other than at one point my passenger side floorboard became damp.
My car sat for two days then when I attempted to use it I couldn't get it to start. When I turn the key in the ignition the starter clicks like it wants to go but it will only get the motor to turn over once but then fails.
I took my battery to Advanced Auto and they charged my battery back up to make sure it wasn't the problem, and I also changed the battery out of my neighbors truck to double check anyway. Both batteries gave the same result.
I checked my oil and it was a smidge low, I added oil and tried again and got the motor to turn over once but I couldn't get it to start.
I've also tried giving it gas when I attempt to crank it but still no go.
If the starter is clicking like it is that means my starter isn't the problem?
Could it be a spark plug issue? Or a fuel pump problem, I am thinking that it isn't the pump just because it does turn over once but I may be wrong. It doesn't turn over everytime I attempt to crank it only after I allow it to sit for a few minutes and try again. Like the first time I try it I can get it to turn over but then if I try it again right away it won't work.
I've also heard it could be my alternator but wouldn't it still start with a fully charged battery? My understanding is that the alternator just charges the battery when the motor is running, so my car should have started at least when I put in the other battery or my battery freshly charged.


Not sure what else to try without calling a garage to come tow it and fix it, but between my neighbor and I we usually maintain our own vehicles

? Away from home base probably doesn't help much for tools and testing too much yourself?


Two batteries and doesn't start. OK - you said it turns once and then I think you mean you hear that rapid clicking or if just one hard click makes a difference in what to do or blame.


Wet floor you can forget IMO for this. Forget alternator for the moment too. It would start without one or a belt at all or at least crank away just not charge the battery if it's involved at all for test later that charging is proper.


I'll go on that starter turns just not enough to start then just the clicks for now. With seemingly power available from batteries with same results it seems like the starter is just sucking up more amps than can be delivered to it. You would see this with testing for voltage drop from not touching it to when it's just cranking but may not have stuff with you to do that.


It's a bit crude but if you open door for interior lights and look at the dome light perhaps when starter cranks even a little it may dim much more than usual or almost go out. It would dim some while cranking not way too much which is hard to describe.


Could also use headlight for same idea on while trying (unless this car shuts them off during "start" position mode anyway then forget that.


If you can you might try to get either the starter checked and or see if engine is too tight and can turn by crank bolt or some depending can turn by the belt - sometimes by hand.


Need to know if you are hearing the solenoid machine gun sound or a solid one click or if all lights go totally out. Possible for battery cables at solenoid and ground one where it should go right to engine block are weak/bad or the cables NG especially if not giving you that machine gun sound.


Outside maybe and tend to doubt it as you mentioned the wet floor? Why? Did you drive thru water or excessive under way? Maybe if starter was submerged or really soaked it harmed it????

Spark, fuel, alternator, and all that other jazz that is used when the engine is running is not going to cause a no crank.

If the battery and cables(along with there connections) are good, then have the starter tested.

The dampness on the floor could be the heater core leaking or a plugged HVAC housing drain.