Choose a Year for your Subaru 's Fuel Injector 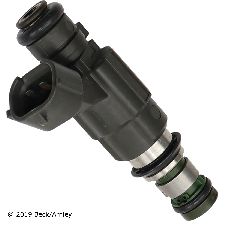 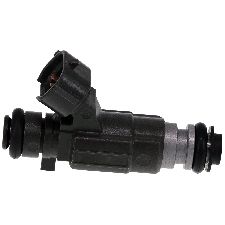 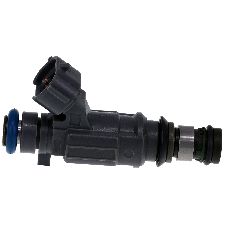 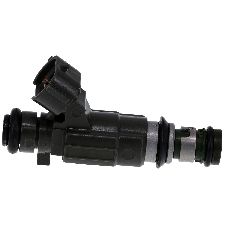 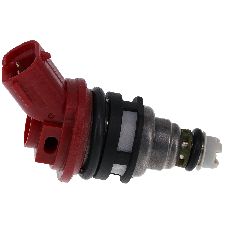 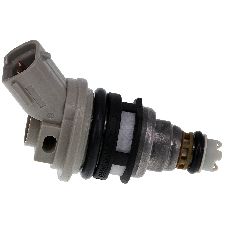 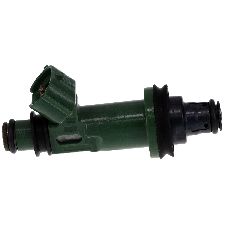 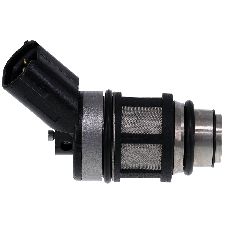 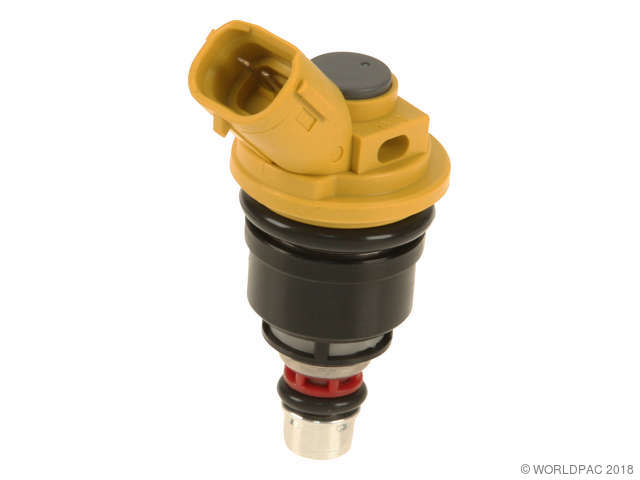 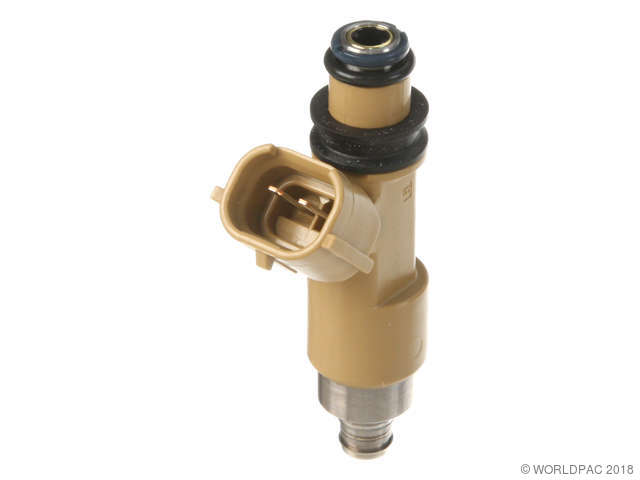 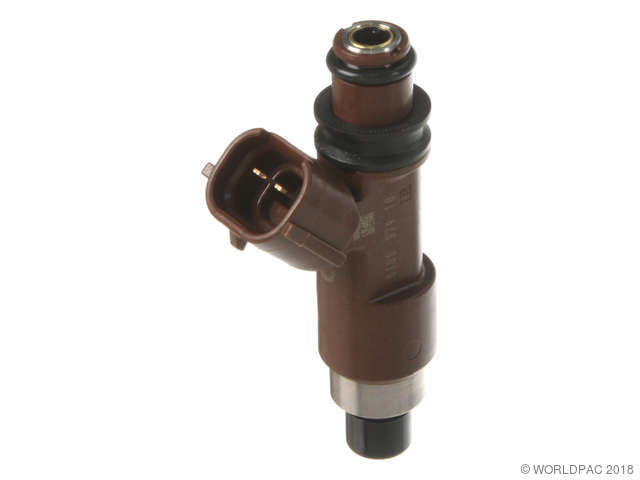 Getting ripped off by the mechanic

I took my 07 Subaru Impreza in because the check engine light was on and I have been getting very bad gas mileage. The mechanic suggested it was the fuel injector but they'd need more time to find the problem. It has now been 3 business days since they've had my car. The shop called me today and said it's probably not the fuel injector but the cylinders but they are not sure. Told me to take my car to the dealership to get fixed and to pick up my car. Oh and mentioned it will cost me $250 for their labor. I'm not sure what to do since I never agreed to pay if they didn't find the problem or because they didn't do anything to fix my car. What should I do?

They do need to be compensated for the work they did, but $250 is way out of line. Most shops just do simple checks first and once they need to start taking stuff apart they confirm with the owner first to get an ok to proceed. I don't think you should pay $250, they should have got an ok from you first, try talking to them. I just don't think it would be worth suing them for $250. Good luck.

We don't know that they didn't get authorization. Who knows what the conversation was going in.
We also don't know how much time was spent on the car or what communication took place along the way so you can't say $250 is way out of line because you don't know that..

I doubt you just handed over the keys to your car without something in return . How did they know how to contact you ? How did they know what to even look for ? I would think that at the very least you would have signed a work order . If so read the fine print on it. If they did Anything without some kind of consent , verbal or written , its going to be a classic I said / they said.

Seriously, this trade has idiots like about any and gets a bad rap. Most are honest shops and real folks. Here's the trouble with this scene. They don't know what's wrong with your car and want it out of there - hmmm. Are they due something for trying? I would say yes but that sounds steep to me for NOT having a diagnosis for you.

You had a check engine light on so there's was info stored to at least lead to the direction of the problem. You should have a printout of what was found and they are due some bucks for that.

It rarely helps to get mad so keep your cool and I'd start with discussing this with owner(s) or management of the shop and discuss what's fair.

Hey - having a car for a few days is needed sometimes. Face it - they can't be working on it while you are driving it.

Perhaps not the rule and long retired now but if I couldn't fix or couldn't find a problem I was ticked at myself and customer paid nothing but I may have been the only one like that. I would charge for any parts and would keep that cheap if guessing with owner's consent.

Start with sugar and hope this can be worked out behving as adults,

HT is fast and had suggestions before I was done?? Good luck with a good outcome without fighting about it,

I just did a little quick research on Utah consumer laws and it appears they have no laws regarding auto repair shops and prior authorization so you don't have many ways to go beside suing them.

Good work HT. I just can't know local laws so easy. Get that car out of there is best I can suggest for now whatever it takes.

B-Law, Denver University but dated now. Handwritten things will supersede printed anything and I doubt that has changed. No room of course at a signature line so say "see attached" if needed. Keep records, times, date and who you dealt with.

Again, this site was NOT set up as a legal site but some of us have a clue,

A diagnostic cost $50 in Utah, they are charging me for taking apart my car to find the problem, which I never agreed for them to do... [

OK, go to court then.

Don't say the diagnostic charge is $50 in Utah because it's whatever the shop wants to charge. You just need to find out what the laws are concerning prior authorization.

Diagnostic time is something they have to be compensated for. Someone had to spend time running tests and tracing things. What constitutes authorization for this charge varies from one state to another so you would have to look into that if you intend to challenge them but I'm sure they will be holding your car in the meantime.
If they didn't get prior authorization for this time then you may have a case.

Our Subaru used to have a problem where--only when we filled up from near empty--we'd run into problems where the car would violently kick and slow down. Often, giving it more gas would help but the other day the car basically lost power to the point it wasn't moving. We stopped for a second before going on and the problem was fixed. Has happened ~2 times in last two months. Occasionally will do the kicking part (but not the slowing down) on the highway in cruise.

Went to mechanic, computer read no problems. However, mechanic (who we trust and isn't looking for $$$) noticed the wires were original factory issue. Got the wires & spark plugs changed, along with an oil change. Car worked great, went to gas station. Filled up on gas, problem started happening again. Problem will not stop now to the point the car cannot be used. Mechanic also mentioned fuel filter probably needs changing (can't tell without removing it and labor would cost just as much as getting a new one...).

No lights are on or have been in last month. Check engine light was on about 1.5 months ago but turned off when we got to Autozone and car has no history of the light. Discovered at AZ we were low on oil, assumed that was the problem then as we weren't having any use issues.

Fast forward to today, car towed to mechanic as problem made it impossible to drive. Mechanic looked car over and drove with issue, check engine light on. Code said that all four cylinders were misfiring (while the car was moving). Obviously, impossible. Mechanic didn't think the fuel filter was at fault and so didn't change it.

Car worked fine 'magically'--even according to the mechanic. Told us to take it to the dealership and let them know what the issue is as they've never seen anything like it.

So please...help! WE're supposed to take a long trip this weekend but this is obviously causing a few kinks.

New update, Feb: Changed fuel filter in December as Subaru dealership wouldn't look at it without a light on to diagnose.

Car worked fine for two 600+ mile trips and most of January commuting. Started shaking issue again, this time with less powering down. Will do it on highway and only a hard shot of gas will help. However, the check engine light has been on all week (except the time we took it to the mechanic *facepalm*).

Got the code read at Autozone, says it's either fuel injector, 02 sensor or the like. Mechanic won't work off that as he says AZ doesn't have a good enough sensor.

Car's at a new mechanic now but I'm wondering: any thoughts to the issue? I'm thinking maybe the old misfire code was correct and that that's the cause of the violent shaking?

It would probably be best to follow the advise of your mechanic. This definitely sounds like a close to impossible problem to solve over the internet. Also it's going to take the right equipment to find.

If I had to guess I would say a cam or crank sensor is intermittently breaking down but at this point we don't even know what is missing, to cause the problem so that is a totally blind guess.

They're going to have to hook a scope up to as many circuits as they can, run the car and see what is breaking down when the problem occurs..........

Well, we're still at a loss. Subaru will only read the computer (which doesn't say anything is wrong) and won't test any of their possible theories unless car is doing the problem.

That's the tough thing about intermittents. Unless it's acting up, it's almost impossible to find. Some systems, like fuel or ign there are some readings you can go off of that will help lead you in the right direction.

But with electrical, such as a sensor or injector, you really need your scope hooked up and catch it while it's failing to know for sure. Resistance reading are useless. The bad part will ohm out fine but only breakdown when hot & under load, and that's assuming it's a bad part, there is also the wiring harness & connectors that could be causing the problem.


Footnote: I just reread your original post. After what you said, I would probably current ramp the fuel pump. That is a reading that could show a possible problem even when the vehicle is running fine. If the amps are too low & the pattern is distorted with uneven humps that would be a sign of a failing fuel pump but to be honest you really don't see a lot of Japanesse pumps go bad.

>>Code said that all four cylinders were misfiring (while the car was moving). Obviously, impossible.<< That would be P0300 (Random cylinder misfire). Not impossible. That means that something is affecting all four cylinders. Too rich, too lean, cam timing, ect. Hats off to the 'mechanic' to admit it is above his knowledge. There is nothing wrong with not knowing the answer. It sounds like you have an honest mechanic, and I'd stick with him in the future.