Choose a Year for your Daewoo 's Fuel Injector

We stock Fuel Injector parts for most Daewoo models, including Lanos, Leganza, Nubira. 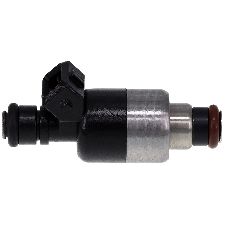 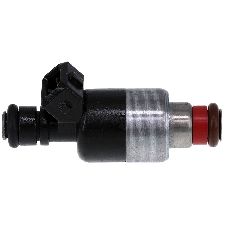 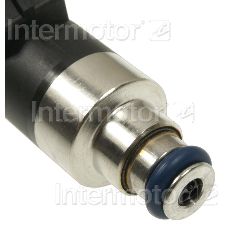 Showing 2 out of 2 Posts
Question From pjrcard on Daewoo Nubira seems sluggish, sputters while accelerating

Hi all. Just looking for some ideas on what could be happening here. I know a little about general automotive mechanics and have a couple ideas, but I'm hoping someone else will have a better idea what's going on here...

I have a 2001 Daewoo Nubira (2L, automatic) with 97k miles on it. Check engine light has been popping on and off for probably 10k miles but I've never gotten it checked out because it wasn't consistent and there were no acute problems (not to mention I just don't have the cash right now).

Within the last few thousand miles I've started noticing the problem. I don't know exactly how to explain it, so I'll compare it to something we've all no doubt experienced. You know when you drive a manual and you shift a little too early? The engine noise goes particularly low, sometimes sputters a bit, and it seems like your engine takes a couple extra seconds to respond to the gas pedal? That's what's going on here. It happens most often when upshifting from 4th to 5th, but it also happens sometimes at lower gears, particularly noticeable in stop and go traffic. It also happens when I simply press the gas pedal... it's not always just when upshifting, although upshifting is when it happens most often.

But here's some additional information: it ONLY happens when car has been running more than 20 minutes. My commute is 15 minutes on average each day and I never notice it; by comparison, my mother in law's house in 35 minutes away and I always notice it on that drive. Turning the car off, letting it sit for a few minutes (at a rest area, for example), and restarting seems to reset the problem for a while, but a few minutes later it often returns. I've noticed a small decrease in overall power and responsiveness (which I figured was just age catching up)... but I've noticed a significant decrease in fuel efficiency (15 to 20%)

I'm not sure if it's engine or transmission. I've checked some of the basics, of course... Transmission fluid is sufficiently full. Air filter generally clean. Oil change had no impact. I've tried fuel injector cleaners with no affect. I've even changed gasoline brands on several occasions (ya know, in case the conspiracy theorist in me is ever right and my gas is watered down or lower quality or something).

Could it be a timing issue? Could it be something to do with fuel injection after all? Bad spark plugs? Bad sensor? Lots of possibilities, I guess, but does anyone have any more educated guesses? Thanks.

I did a little more research and had the codes run (which I didn't realize you could have done for free, until today)... here's what came up:

First error code: P0342, cam sensor... with probable cause listed as "Cam sensor defective." I did a little research into what a cam sensor is... Is it reasonable to think this is what's causing the sluggishness and power issues? Any additional thoughts? More importantly, how difficult is this to fix if I take it into the shop?

Second error code: P0463, fuel level sending unit. No surprise there... my fuel gauge has been a little off for a long time, and I'm not worried about it.

Third error code: P1627, analog to digital performance ("The ECM has detected a fault in the A/D converter within the ECM"). Probable cause listed as "Failed ECM." Obvious question... how significant is a fault in the engine control module, is it fixable, and how much will it cost me?

Final error code: P0742, TCC stuck on... explained as, "TCC commanded off by the ECM -- TCC slip detected after off command." Probably cause, TCC solenoid failure, or short circuit, or blocked passage in transmission.

So... with all that information... can someone break down those errors in more detail? And more importantly, give me some context? How significant are the errors? Are they more or less significant coming all at once? Is it possible one or two of the errors is caused by the third? In a way, they all seem related... or at least, in theory, it seems like they could all be at some level responsible for the problems I'm seeing.

Thanks a lot... really appreciate any advice someone can give me before I take it to a shop.