Select Your Vehicle to Shop For Your Engine Torque Strut

Choose a Year for your vehicle's Engine Torque Strut 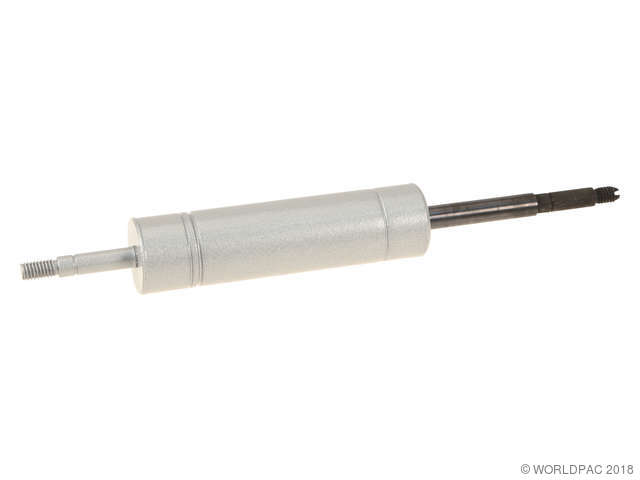 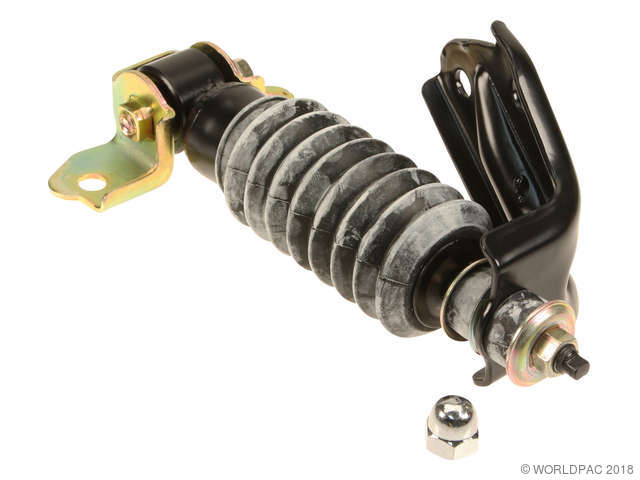 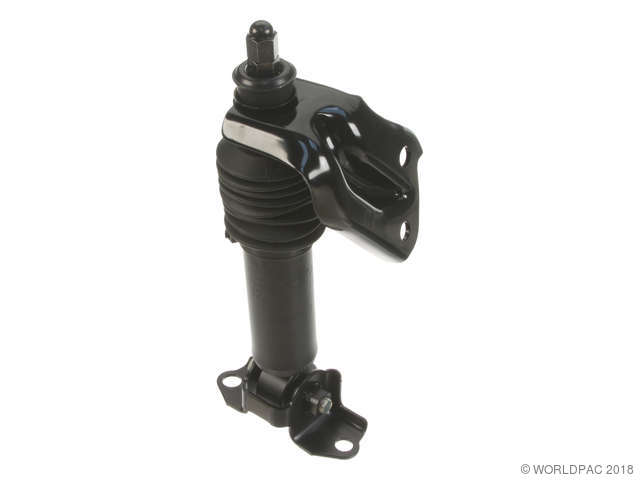 To fix or to scrap...that is the question!

Showing 5 out of 5 Posts
Question From jnsantoro333 on To fix or to scrap...that is the question!

2. A logical bet: Salvage Mitsy and buy another used vehicle. The problem with that, is that I wonâ€™t know a thing about that carâ€™s history. I may be going from the frying pan to the fire!

3. The risky bet: Fix Mitsy, againâ€¦which will likely cost around $3,000. Take on a nice, easy $150+ payment for the next three years. BUT also be prepared to freak out anytime I hear the slightest noiseâ€¦and with every repairâ€¦wonder, â€œNow what?!â€ I know MItsy isnâ€™t getting any youngerâ€¦but then againâ€¦the older she gets the more valuable she will become. And then of course, there is the argument that what I would spend on NEW car payments over the next 4 yearsâ€¦($19,000)â€¦could easily cover any major repairs for Mitsy that remain (I mean really, whatâ€™s left?)â€¦and have enough left over to get her a paint job, all NEW interior, and a better sound system. I could probably do this for HALF of the cost of what Iâ€™ll pay for a new car.

What would your decision be if you were in my shoes? New or used or keep Mitsy? What are your thoughtsâ€¦in general? For the time being, Iâ€™m riding my motorcycleâ€¦but at some pointâ€¦I need overhead cover. This is Floridaâ€¦and I can only duck the rain so often. In addition, I have to make a decision about what I am going to do with Mitsyâ€¦and her insurance coverage. I could really use advice.
Thanks for any wisdom you can offer,
â€œKate at the crossroadsâ€

Well going by your post, it's pretty obvious you are very attached to this car.

From a strictly financial point, it would probably be better to get something new. Older cars typically start having more failures as time goes on, as you are already aware of.

The one big plus is it sounds like this car has been well maintained and that's huge so that needs to be factored in.

Any car is going to have problems, they don't make one that doesn't. Some of the aftermarket warranties are pretty good, especially for powertrain problems.....

This is a decision you are going to have to make. Your 2 options here would be either installing a low mileage used engine or going with a reman. I would compare prices and if it was even remotely close I would go with the reman. Repairing yours would probably be the most costly option...........

With this old of a car, while I don't usually recommend it, if you can find a good tech that does side work, that may be the route to go. But there is some cons doing this. Like timely repairs....It would be when he could do it... Warranty.....There would be none. Liability insurance.....Once again....there would be none.... but this is where you would probably find your cheapest price......

I just reread a bit of your post. Not to stir things up but there is no way you could've got all that stuff listed on the 1st invoice for $2300. A complete tranny rebuild, crank kit, timing belt, water pump, component kit. Any one of those three done with quality parts would be at the 2K mark or over.... There must be a miscommunication on what was actually done....

First, thanks for taking the time to read that novel...twice! Yeah, not only do I love the car...but I also hate to waste things. I feel like there has been so much work done to keep her running well and maintain her, that she's got some years left in her that may be relatively trouble free. I'd be much more comfortable investing $3000 a year into her...than paying the same amount (or likely much more) for a new car each year. I am certain you are correct, the older she gets, the more things that will likely go wrong...I just have to make it relative to what new car payments would cost me each year.

Regarding the cost for the transmission...I actually got that done in April 2005. I checked the invoice from Longwood Imports and it shows they "replaced transmission." The invoice lists the A/T and Torque Converter at $1860.18 and labor was $449.70. So from what you indicated...I did okay?

In the process of tracking that receipt down, I took a CLOSER look into my Mitsubishi "file"...and there were ALOT MORE repairs that I had forgotten about in the past. Brakes, water pump, belts, fuel injectors...lots of stuff. Oddly, now I'm even more determined and convinced that I should keep her...and the decision regarding a remanufactured vs. a low mileage engine is all that remains from what I understand? As I "casually" typed in engines...a TON of Mitsubishi engines came up for sale...and in a WIDE range of prices. It seems so sketchy. Is there any type of well-known vendor who sells remanufactured engines...with a warranty for parts and labor? Presuming you know ALOT more than I do about cars...is it feasible to drop a V8 in her? I mean...if I'm going to do it...I'd like to DO IT. I've heard the V8 (which I have heard has a twin turbo system?) in the "big boy" 3000GT's is a monster...I like that. Would it be an easy transistion...or would it require a boatload of retrofits and fabrication? Are the tranny's compatible?

I was pretty surprised to hear that you thought the most financially sound idea would be to go with a new car. Believe me, I'm tempted. But I just don't see how I could spend more than $4,800 a year on Mitsy with all that she's had done already. If the gentleman at the last garage had suggested a change in the timing belt (ESPECIALLY knowing it was an interference engine)...we wouldn't even be having this conversation. I CAN NOT believe they didn't even SUGGEST it. Really upsetting. I'm not a big gambler...but I KNOW that I'm going to spend the big nut each year on a new car...no two ways around it. With Mitsy...if I keep the miles low and easy...I may be able to get around spending NEARLY AS MUCH for several years.

So again, THANK YOU. If you don't mind...I'd like to continue our conversation as I begin getting more details about how much damage was done to the engine...and what they think it will cost to repair it. With this information, I can then have something to contrast against what it would cost for a remanufactured engine. If you could guide me to some vendors/sites/people who are reputable...I will definitely look into the options available to me and consult with you for further advice...if you're okay with that? I'm in no hurry...and will research on my end too...but there are just SO MANY offers out there...I'm not sure what is really a deal...or what is probably a scam. Plus there is the whole aspect of "protocol" when it comes to buying an engine. How do I get it? Who manages the deal? How does the mechanic I use know if I've chosen the right one...I presume they need to be involved in the process?

Here's the ironic part. We live in Big Pine Key...which is about 30 miles from the college in Key West...where I work and go to school. We've decided to move BACK to Key West. This means that I'll be about 3 miles from the college. I'm probably going to take a mountain bike or motorcycle to work anyhow! Now, I also do property inspections all the way up to Key Largo...about 100 miles from Key West. I can rent a car for the day for about $40 and use it to do the inspections I conduct ONCE a week. Now that my travel needs are changing...and I can compensate on inspection days with a rental car...I'm really wondering if it's going to be a wise choice to bother at all...

Which leads me to the MOST IMPORTANT question. If I decide (oh, my aching heart) to scrap Mitsy...don't you think it'd be a shame to toss away all those repairs...and wheels...and accessories...and years of TLC...and just ALL THAT METAL in general? I've heard I'll probably only get a few hundred bucks anyhow. Man, that seems like such a waste!

Argh! What to do!

You're a saint for walking this thought process with me. I know I'm tossing a bunch of options out there...and maybe some would say the best thing would be to cut my losses now...but what if...what if?

I think the thing you have to look at here is the age of the car and what you need it for. This is a 17 year old car that you would be using as main transportation.

The big unknown right now is the cost of repairing the engine, if it's just top end and the cost isn't too bad that may be the route to go. If the pistons got decked I would probably go with a reman & good warranty. We've dealt with Jasper a few times and haven't had any problems and they have a good warranty.

If you go this route the best thing to do would be to find a shop that does this work, that offers a good warranty and let them do all the work. They will already have their suppliers and everything else needed. Really the only research you will have to do is finding the right shop. Ask around, friends, neighbors, relatives, BBB, you can use ase.com or iatn.net both have shop locators to get some names....

I don't get into custom work but converting that to a V/8 would be huge undertaking and very expensive. Not only getting the engine to fit but swapping the PCM & related wiring & sensor and then you would have emission laws to worry about. It would be next to impossible to get that street legal unless there was some street production model you could try to spec it to......

You've done a lot of work to it and I'm sure you could get more years out of it.

My honest opinion on this is, you should go new if you can or aleast mid 2000 range with a good AM warranty, keep the Mitsubishi fix the engine in it if it just has top end damage and turn it into your Sunday driver. From what you've posted, you'll regret getting rid of it and with your new possible situation it would probably work but would you trust taking it out of town on a long trip?

This is just my opinion but I consider anything under 2000 as old school.

Maybe Tom will jump in on this one he has some older rides he likes to fix up. The only thing to keep in mind here would be while you two probably share close to the same maintenance schedules......He's doing all his own work.............

Once you name a car your done ,you have bonded . It's only money . You will always find a way to justify the next check . Fix it and the two of you go on a nice trip.