Choose a Year for your Oldsmobile 's EGR Valve 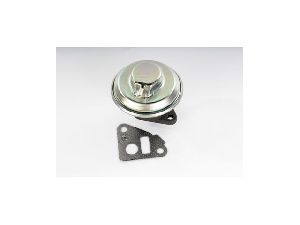 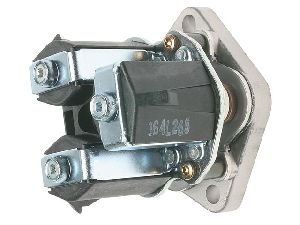 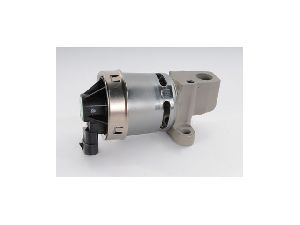 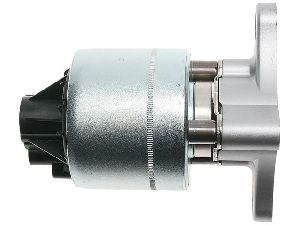 Anyone have any ideas?
I recently bought a 1985 oldsmobile 98 at an auction, it's in really good shape with only 125000 km on it, with a 3.8 fuel injected engine
The problem i'm having is it won't stay running when it's cold. When you start it, it will run for about a minute and then stall unless you stay on the gas. When it does stall, it will start right up again, but you still have to stay on the gas until it warms up.

So far, i've had the fuel pump changed, and the intake gasket replaced. I've sprayed the throttle body with cleaner, and removed the high idle valve and sprayed it down with cleaner, but the problem still persists.

Have you checked the EGR valve...some times they stick other times they leak

Of interest: I knew of that exact car owned by my parts store owner - demo (year old or so) and it idled annoyingly low - would vibrate the car! Back to well known dealer a few times and it was written off as normal and it didn't stall but seemed like it would all the time. Idle isn't supposed to be mechanically set and the computer setting just wouldn't allow to raise it just a tad.

Been a while - I think I found an adjustment to something on throttle body or idle speed motor just to kick it up 100 RPM as the rock bottom base idle and it stayed that way just fine for 20 years more with no problms. It was just that year and that car - not the others. It was the first year for the FWD '98 - right? Just a thought - the one I dealt with didn't stall,

My car recently started having issue, where at lower speed the car will lose power (the engine still revs, but not much accleration/power, it gains speed slowly and jerks a little), after a while the car would gain more power again with a stronger jerk (35mph +). Described the symptom to my co-worker (he's ASE certified, but he's currently a maintenance supervisor at my place and he's always busy) and he scanned with his meter (don't know what model) and it didn't give any code. He suggested me to take the car to a transmission shop and have it checked.

At Aamco the guys checked it out and said it's a not a problem with the transmission but with the Catalytic Converter, the tech took it off and the car ran fine. They said the cat is plugged and it stinks when he took it off. As my cat is still under warranty (8 years, 80k Mi). They didn't charge me and I took it to the dealer.

Dealer called back saying the problem isn't with the Cat, but they did get a random misfire code and a code for the EGR valve. They wanted to do a fuel induction service, new spark plugs, wire, and replace the EGR valve, $899 + tax and all the fees of course.

I have my co-worker called them and explain to what the guys at Aamco find but the dealer insisted that they problem isn't with the Cat and that they have better machinery for the diagnosis of the problem.

I've had service twice before at this dealer due to bad gas (or so they say) where they did the fuel induction service, spark plugs, the whole deal, and drained the gas tank and cleaned it. They also mentioned each time when I was paying that they also replaced the fuel pump under warranty, even though they're not supposed to do. The last time I was there was 1.5 years ago and my spark plugs and wire looked brand new to my co-worker.

I don't know who to believe here, something tells me that the dealer is kinda fishy with the fuel pump replacement (may be that's the real culpit and they're charging me all the extra work for nothing??).

I can always take it to another shop but it'd be another $100. What do you guys think I should do? My co-worker did say may be he can bang on the cat for me and put it back where it won't be plugged anymore, but i think also render the cat useless.

Thanks for the great suggestions and knowledge guys.

The thing is I just had all the fuel system cleaned, new spark plugs, wire, fuel tank cleaned less than 2 years ago. So the real question is could whatever bad stuff i got in my tank from before i got my fuel system cleaned slowly caused this issue almost 2 years later?

Or could the EGR valve cause the cat to fail?

I really have a few options:

1) Pay $1k (899 + tax and fees) for the dealer to fix it. I think there is more gaurantee there.
2) Go to a second dealer to get a second opinion (another $100).
3) Pay $5xx for the shop to replace the cat. Don't know if there is guarantee their even as they diagnosed it as a cat problem.
4) Buy a cat online and swap it out myself (i think the cat is bolted) as the mech at the shop was able to test drive without it so the bolts should still in good shape and don't have to be cut.

Any reason - if the engine isn't running near perfectly it would likely throw too much raw gas at converter and kill it.

Alone a restricted exhaust like a bad converter would just take power away smoothly IMO. A source problem needs to be fixed or you'll just be doing another converter soon. Anything that can make an engine run poorly can cause this - may need pro help to diagnose it,

towcar; The symptoms point to a plugged catalytic converter. This can be checked with a pressure guage connected at where the oxygen sensor is located. Anything above 2psi is not acceptable. With that said, if it is a plugged cat, something had to 'cause' it. As we say in the industry, Cats don't die, they are murdered. A misfire, if ignored, can ruin a cat. Sooooo.... The injector service shouldn't be needed more often than 30K mile intervals. Of course, it depends on what fuel you have been using. Stay with name brands. Chevron, Union 76, Texaco, ect. No minit mart or ARCO. If the cat smelled like sulphur, it is dirty. If it is dirty it's because it's burning contaminants. Being an '02, your car has misfire detection and should tell you which cylinder is causing the problem, as well as setting a code for low catalyst efficiency. The EGR valve could cause a problem if it is sticking open, but you should be able to tell if the engine is running poorly.

Thanks for the quick reply.

I think it could be due to the "bad gas" problem that was fixed before. I only go to places like Sunoco and Chevron, and occasionally Walmart gas station. I never go to the mom and pop shop.

It could be that the Cat problem is caused by burning of bad gas from before?

My dilema is that if it's the Cat, it's still under warranty. However, I can't convince the current dealer that's the issue. Taking it to another shop is risky as it's another $100 and it may be a different diagnosis.

Perhaps my best course of action is to wait for my co-worker friend to look at it and may be try to lose up the cat a bit to see if the problem goes away first. If it is the cat may be i'll get the part myself on the web and pay some local shop to replace it for me. screw the warranty...

I'd definitely pursue the warranty option. The aftermarket 'cats' just don't last. But, if it is the cat, you need to address what caused it to die.

As our own famous DanD would say - converters don't die - they are killed. Any misfire must be corrected asap or it will kill a converter(s),

Additional detail: the lower intake manifold/gasket was replaced before as well (it leaked coolant). Apparently it's very common the V6.