Choose a Year for your Lexus 's EGR Valve 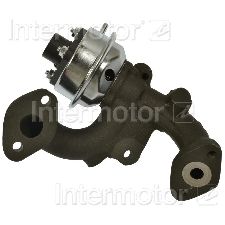 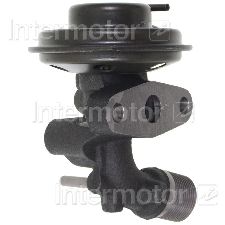 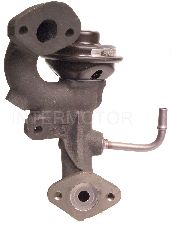 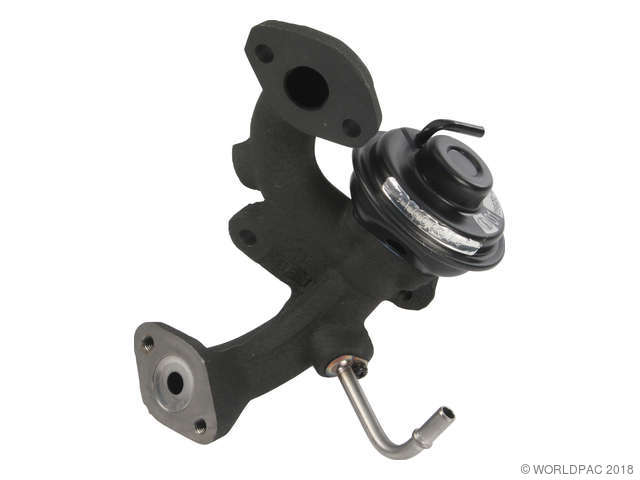 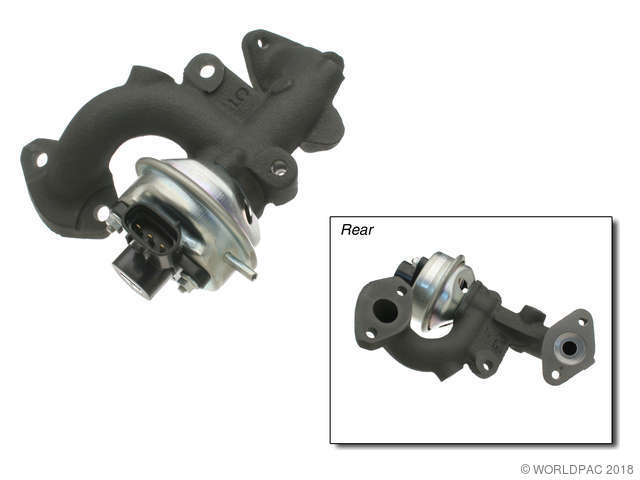 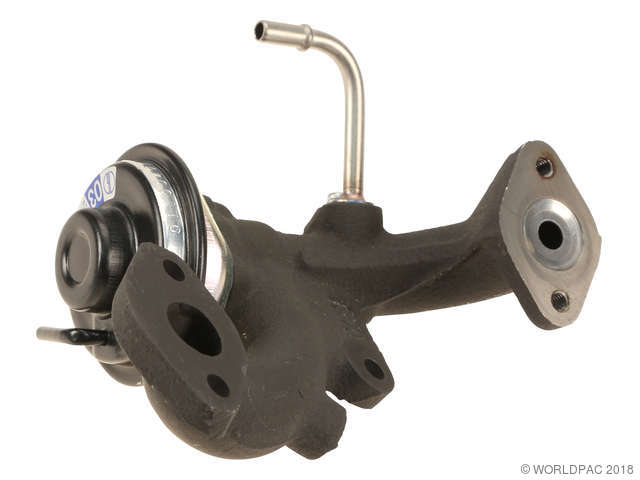 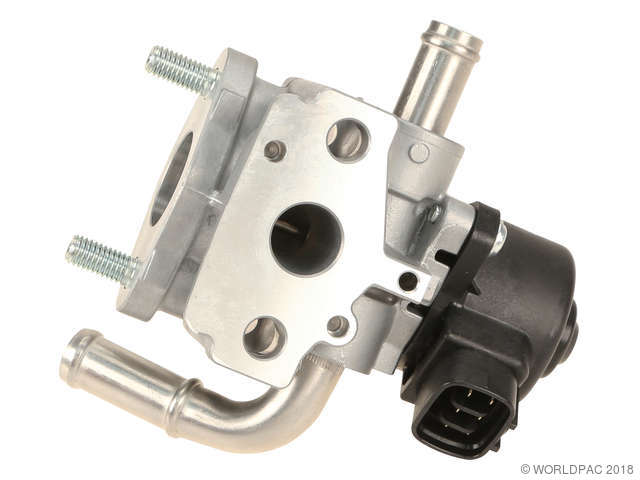 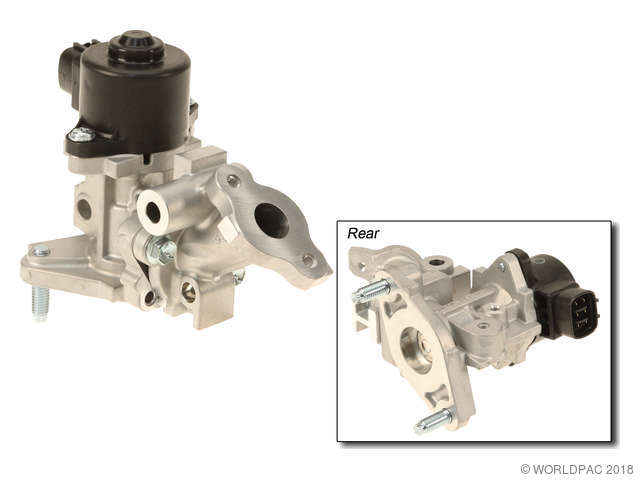 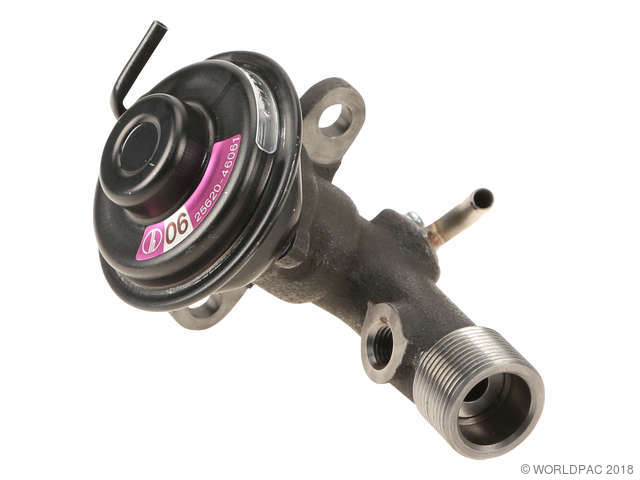 heres a little background on the car. i bought it about a month ago. it had codes for these misfires, egr insufficient flow code and vss code. the prev owner had put new cap, rotor, plugs (wrong ones) and wires, and egr valve, and egr temp sensor. figured the egr code was being set by one of the vsv's being bad so i just wired a resistor into the egr temp sensor plug (turbo supra guys do this to delete egr to stop the dumping of exhaust gasses into cyl. 6 and melting the piston). so no more egr code. i replaced the valve cover gaskets and replaced the autolite plugs the prev owner put and installed the correct ngk plugs. still have the misfire codes. and still NO symptoms. prev. owner installed new post cat o2 sensor, but readings showed me it had another bad o2 which i replaced. still have misfire codes. took the exhaust apart and saw the inside of the main cat was coming apart so i just cut it open and gutted it and welded it back together (the catylist was melted and clogged). runs better but still misfire codes. so im kind of at a loss here. i know these cars have had ecm issues in the past so it could be a computer problem but i cant really afford to just throw parts at it. the "misfires" will happen at random and there are no symptoms. looked at the freeze frame and the fuel trims seem pretty good. i have no vacuum leaks. thinking possibly carbon deposits on valves or possibly injector problems but wouldnt really explain the random misfire code and have absolutely NO symptoms. im starting to hate this car please helppp!!!

[reply. i know these cars have had ecm issues in the past so it could be a computer problem but i cant really afford to just throw parts at it. the "misfires" will happen at random and there are no symptoms. looked at the freeze frame and the fuel trims seem pretty good. i have no vacuum leaks. thinking possibly carbon deposits on valves or possibly injector problems but wouldnt really explain the random misfire code and have absolutely NO symptoms.


You are the one who said it yourself. It has NO SYMPTOMS. You are the one who said you need to pass an inspection. Well, fresh weld around a cat and a P0420 code will tend to wreck your day. You get advice from professionals about the proper way to diagnose this, which requires tools you do not own or have access to. Guess what, if they weren't needed to fix these cars we wouldn't blow thousands of dollars to get them either! You keep trying to find a way to half-ass everything with jumper wires even after DS took the time to explain to you exactly how this system works. So if you won't take any professional advice about the right way to fix this car, why do you continue to ask for advice? This isn't a shadetree duct tape and wire forum. We are all professional techs who do this for a living. We have all invested enough to buy a 2013 Lexus in cash for what our tools cost. We have spend years of training finding out the right and wrong way to do things and seen countless times what people who just want to save a buck cost in the end.

If you can't afford to fix a luxury brand car, you shouldn't have bought one. Get a Cavalier with a stick shift for $900 that has cheap parts. If you want to diagnose and repair the high-end stuff, up your game and don't read a bunch of tuner forums or go to street racers thinking they are the be-all-end-all in repair. Unless their cars were on display in SEMA or rented by Hollywood for some Fast N Furious movie I'd bet there are plenty of issues with it if they all cut corners and wires.

i also replaced the coil and crank sensor but took them back off and returned them after the code just came right back on. maf readings are in spec as is everything else that is listed on my scanner. i wouldnt even care about this check engine light problem right now but i have to get it inspected to get a plate on it so i have to either fix it or get a waiver, after putting 200 dollars of parts on it. but now i cant get my ready codes to set (completely different issue i posted in the wiring section). speedo doesnt work and no signal to ecm for vss...

the "misfires" will happen at random and there are no symptoms.

I don't understand this. You state the misfire codes are setting, but you have no symptoms. Then you state misfires happen at random and you gutted the cat because it was coming apart. Maybe the cat was in that condition because you really do have misfiring going on. Misfiring is a symptom, so you have to be experiencing them.

You do understand that EGR is used to not only lower NOx, but is also used to lower combustion temperatures to help prevent detonation. Detonation is what actually burns holes into pistons.

i meant no symptoms of a misfire like running rough or skipping/missing whatever you want to call it.

So you don't feel any misfires at all and it is setting misfire codes?

not at all. nothing ever changes it actually drives great all the time. starts fine and idles fine all the time too.

Anyone messed with the base idle speed or TPS sensor adjustment?

not that im aware of. it looks like the tps has been off before but is reading 10% at fully closed which is within spec.

I just read about a tech with the same problem with misfire on 1 and 6 with no symptoms. They stated the dealer solved the problem adjusting the base idle speed and TPS voltage to spec. Don't know the accuracy of that.

hm, ok, ill check that out tomorrow. im just going off what the reading on my scanner is for the tps ill check it with a multimeter tomorrow and check idle.

yeah, i just read that sometimes people would adjust the idle screw instead of cleaning the throttle body. i cleaned the throttle body and the idle didnt really change i dont think but its definitely higher than 750. it was reallly dirty and gunked up from the throttle into the whole intake when i got it. im not sure why that would cause a misfire code though.

Let me get this straight. You had a cat shot because it was melted and misfires logged into the ecm, but because you don't "feel" it is misfiring it isn't. So the ECM must've gone homicidal on the cat for no apparent reason. On top of it, you not only freely agree to tampering with the egr to render it inoperative but also say you "gutted the cat" yet think you will pass an inspection? You just created a P0420 code, the cat monitors will not run, and just from taking it apart to gut the thing it will be apparent to any inspector but Mr. Magoo that you've tampered with it intentionally. You seem to know just enough about cars to get yourself in trouble. I'm sure this Supra guy is also a top-notch mechanic with a professional shop too. Or maybe just another tuner who doesn't care what happens later, just gets a lot of magazine subscriptions to import mags and gets his tools on sale at Harbor Freight.

You splice your harness without knowledge of what you are even looking for. You trash the very emissions equipment needed to pass your inspection. You claim there is no misfire when all evidence points to the opposite direction including the cat you gutted that may very well land you a heavy fine.

So why exactly are you here?

thank you for the help mr nickwarner. why are you posting this if your not going to help? i never said it "wasnt misfiring" it must be doing something for the computer to see it right? im saying i dont feel it, not that its not there. im trying to find a reason why the computer is seeing a misfire without it being obvious...i dont care about passing an inspection right now i just need the ready codes to get a fail sheet but i want to find out the reason behind the misfire codes so i can get on the right track to fixing my car. you have no idea what im doing so why even post in my thread?

i know that the sc300s had a lot of issues with the ecms going bad, the capacitors go bad and leak inside. i havnt checked inside for obvious signs yet. but i dont know if that would cause a problem like im having. if i cant figure it out or at least get it to pass inspection im going to leave it with a guy a know that specializes in supras. he said theyre close enough to being the same thing.