Choose a Year for your Kia 's Clutch 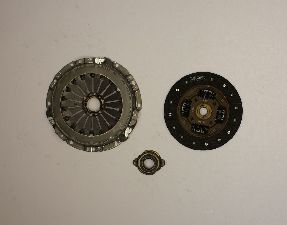 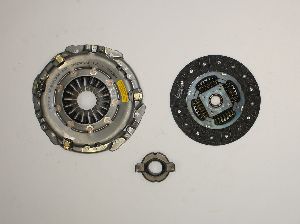 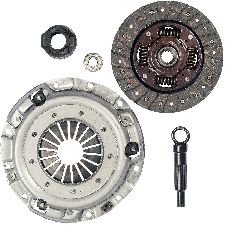 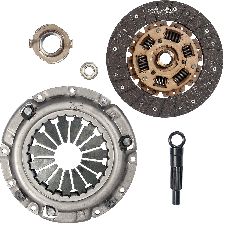 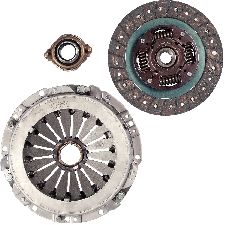 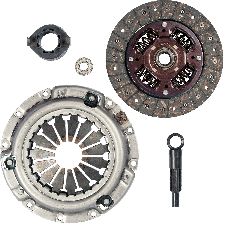 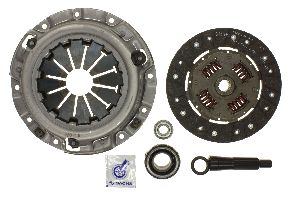 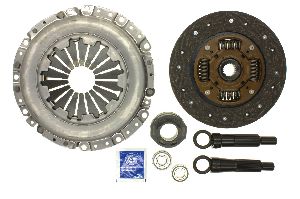 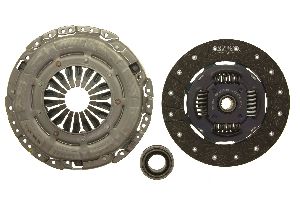 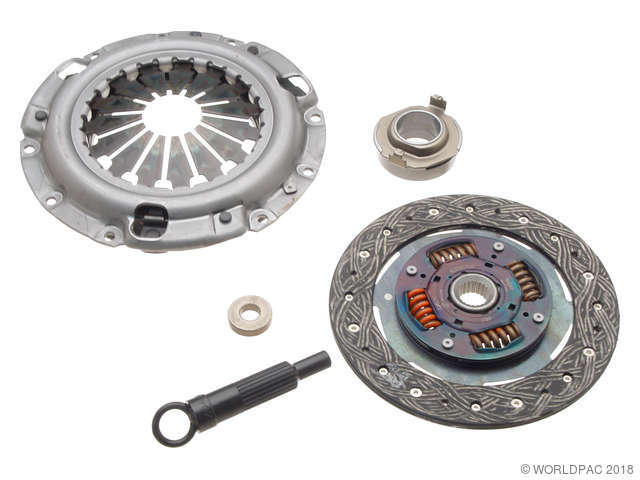 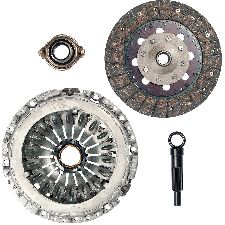 How do you align the fork with the release bearing on this pull type clutch? Thanks, Bob

There is a channel in the TO bearing that the clutch fork slides into.

That's exactly what I was looking for. Thank you

Not quite sure what your wanting to do . The shift fork should self align with the throwout bearing when you insert it you then adjust the freeplay till you get a small amount of travel . If your aligning the clutch plate you need a special tool ,one usally comes with a new clutch or you can rent it.

Hello all..
Wonder if anyone can help with some advice.
I have a Kia Sportage which I bought second hand... The 6 speed manual box always has been a bit like a salad spoon in a bucket of marbles but shifts smoothly enough when the transmission oil is warmed up.
Problem I have is the second gear is a bit sticky and wont engage without a bit of force or double de clutching. If you get the bite point of the clutch just right it seems to go in OK and seems to be worse when changing up rather than down.
The linkage is a bit agricultural on these models I know, but the strange thing is the gearbox seems to shift fine in all gears when the engine is not running.
Is this a Clutch or gear box problem / any Ideas. ?
The clutch was replaced by the previous owner at about 60 k ...its now got 66 on the Odo.
Thanks in advance.
JM

Hi: Just some thoughts and basic opinions of mine till our resident transmission tech comes by.
First - shifts like a "spoon in marbles" - quite the description but get the idea. That alone isn't right. Try shifting it with engine off and see if it feels better or correct.


I dare say this will now be a compound problem for the fix as to me about 100% of Asian vehicles shift as smoothly as any ever made when all things normal - clearly not.


A question: Upshifting you shouldn't need to "double clutch" rather that's for downshifting for non synchronized "gearboxes" not around for ages anywhere. Upshifting you would be aggravating it doing that.


Opinion: Needing a clutch job from wear at 60K suggests to me that driving conditions are excessively stop and go or lots of routine hill starts otherwise the driver is usually at fault - IMO.


You got it that way and think clutch job wasn't complete from a driver who wasn't so skilled at it and more needed tending to then than was done.


Check hydraulic clutch that linkage via fluid is working properly as if engine is off shifting would feel normal and running it wouldn't is the clue.


They don't heal but is gearbox properly filled with gear oil?


Other: Anytime you need to force a shift you are asking for troubles beyond what the initial reason is that it needed that so think you'll find this a compound issue to remedy,

This is hard to shift cold, but shifts ok hot? Gary

If it seems to do this in one gear only, it could be a problem in the gear box. Possible that second gear's syncronizer is worn out.

Showing 2 out of 2 Posts
Question From Guest on clutch

98 kia sephia, standard - Clutch goes all the way down to the floor and stays stuck at the bottom and gears do not engage. what is the problem

mcray; Check the hydraulic fluid in the clutch master cylinder. Fill, bleed, then check for leaks.

I have a 2005 Kia Spectra EX stick shift. Back in March, I was driving...pushed the clutch in to change gears and the clutch stayed down :) My boyfriend installed a new clutch for me and the car was running fine for months until a few weeks ago.

I was driving home and it suddenly would only shift into 1st and 2nd gear and would get up no speed, so I coasted all the way home (maybe about a five minute drive). Now prior to my boyfriend changing the clutch, for about the past two years I noticed that when the weather was hot or if I let the car idle in neutral for a long time (like me sitting in the parked car trying to enjoy the heat or air conditioner on my lunch break)...that the clutch pedal would make a squeaking noise when released. The sound came and went but mostly during hot weather or when I let it sit in neutral for too long. It still did this even after the new clutch was installed.

Due to this, my boyfriend thought it was the slave cylinder and he changed the slave cylinder but the car would still not go into 3rd, 4th, 5th or reverse. He consulted some of his other mechanic buddy friends and they told him that it sounded like the lever assembly, so we special ordered the lever assembly and he put it in yesterday but the car still won't go into 3rd, 4th, 5th or reverse.

My boyfriend says the only other thing it could be is the linkage/cables.

Any other possible suggestions?

Thank you so much for the reply and input!

On or off, the gear shifter will not go in to reverse. The car will shift in to the other gears when it's turned on or off but when its on it barely moves.

If all your linkage looks good, something might of happened inside the transmission. If you disconnect the cables at the transmission can the shifter move freely through the gears? It may come down to taking it to a transmission shop.

He says he plans to work on it this weekend, so we will get back and let you know how it all works out!