Choose a Year for your Buick 's Brake Drum 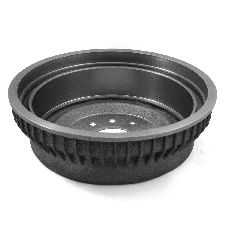 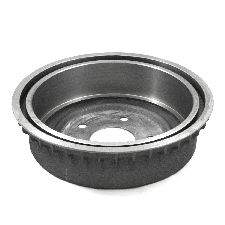 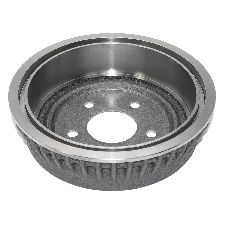 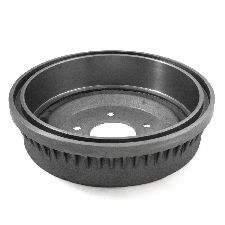 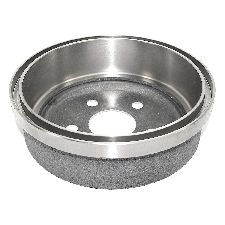 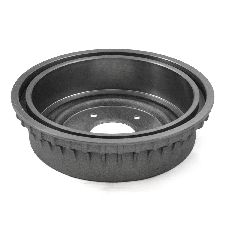 I have a 1967 Buick Riviera that has drums all the way around. I want to convert it it to 4 wheel disc. I need to know if anyone has tech info on how to do it and what vehicles will match up so I can do a mock up with used parts. Thanks

I would NOT be using used parts on the brake system of a 50 year old car.

What would be the need to do a mock up? Are you checking to see what wheel size is needed for backspace and diameter? Call Summit Racing at 800-230-3030 and they have the answers like crazy for the interchange of old parts and the conversions. I know they sell the kits too. Good choice to make the upgrade to better braking. Drums just aren't up to the task on the front end.

Sam, I don't think he was intending to use used brake parts. I hope not anyhow. Just wanting to see how they will fit together on his project car probably.

Have noise comming from right rear.Hear rubbing noise when slowing down to a stop about 15 mph to zerowith brake applied.If you apply brake at standing still and push car you hear a creaking noise.Shoes are good shape.I thought bent rim so I switched both back tires and did not help.The brake drum looked good but I bought new drum and noise went away for 2 weeks but came back again.No noise driving while brakes not applied.Shoes look like even wear.Vehicle is a 1994 buick century.any one run into this or have any ideas would be appreciated.Thanks,Joe

Spin that wheel alone while hoisted - listen and feel for any bearing free play. Good bearing make almost no sound at all by hand.

As this seems to happen only when brake is applied it's highly likely related. One sneaky possibility is the backing plate is VERY close to the drum and there is some flex when a brake is applied and it might rub - drum to backing plate. Reinspect that brake carefully for all springs and any shined up parts that show signs of rubbing at all,

Thanks for reply.I checked backing plate and all brake hardware.I took a hammer and tapped backing plate all around whole area.It is only heard when slow almost to a stop and is a off on off on ect rubbing noise.When I put new drum it went away for a few weeks and then returned.The rear bearing hub assembly is tight and no noise when turned and no noise when not braking.I am going to inspect backing plate more thoroughly.I dont know what to think.I have wireless transmitters that I may clip to area to try to isolate noise....it has to be brake related because it only does it when brakes are applied but only at low speed but maybe it does at higher speed but cant hear until almost at a stop.

Ok - it has to do with brake itself OR because of braking forces?

This may just be one of those "hide and seek" games of catching it or finding some evidence.

? - The axle as an assembly torques some with the force of braking. That assembly may be able to move enough to touch exhaust pipe or something making a noise but there's nothing "rotary" spinning except the wheels, drums and the parts of the wheel bearing/hub that turn.

? - Tire rubber to rim can make noise. I've heard some give a squishy sound - rotary in nature as well as hub caps, trim rings if applicable. Changing inflation pressure for a test or rotating whole wheels to new locations may help isolate a single item/flaw.

? - Contact of wheel to hub and brake drum to hub is subject to corrosion and might be a place with some minimal ability to make noise even with a properly tightened wheel.

? - The bearing itself should utilize a seal on the spindle and the most usual force on it is simply carrying the weight in an up/down of load. When braking the forces push at an angle and a one spot flaw on a race might only "wake" up with pressure at that exact spot. It's more common for bearings noises to be exacerbated by turning but braking also applies to them.

?? - More: Don't ask why but more than once a noise you would swear is from one side is actually from the other!

* I still think of the backing plate and the drum itself with just the slightest touch under the perfect amount of brake force. That type of funky noise is much more common with disc brake dust shields and more on front applications bu could still be the issue. It might show as just one tiny shined up spot on plate or inside drum that could be missed. It's interesting that changing that drum made a two week difference! Thought: With BBQ paint used to paint non friction areas might show a worn off spot later as a testing trick.

<> At some point swapping parts from left to right may be in order - just the ones that can work properly on either side.

Thanks tom.........I tapped with a hammer the backing plate around edge and noise disappeared.I did before once and did not affect.It is something that something small like this caused a noise problem like this.Thanks again.Joe

Itty bitty little rubbing can cause a big noise! See how small the common screech sensors are on disc pads and how much ruckus they can make?

Hi Tom
guess what.....noise came back.I might take a chance and replace shoes and or rear wheel bearing assembly.First I am going to try to pinpoint exact place of noise with wireless clips.

OK: Either the backing plate can rub the drum with some flex of braking upon them OR the brake shoes can touch the drum if they could lean out a bit. Either should show some evidence of touching. Note the lube spots where shoes must slide on the backing plate. It's hard to lube those with shoes on but they can get worn in and hang up a shoe or perhaps in the motion lift the show for a momentary noise. It might be time to take off the brakes, clean and painting the backing plate (high temp black , lube where it's supposed to be lubed and install at least the hold-down springs new - whole spring sets are not big bucks anyway.

More: Clean the shoes with "Brak-Kleen" I think is how they spell that product. It's ok to use that on the lining and look for flaws - hairline cracks or if the lining is loose from the metal of the shoe - that's another maybe on this.

Caution: Protect rubber parts from brake cleaners. DON'T breathe any brake dust and don't allow any greases on friction surfaces. Water cleans the dust and some parts off well. They must be fully dry or will drag a bit when first in use even if air dried. Don't allow water to get in any area where brake fluid is involved!

Summary suggestion: Take these shoes off and clean up the whole thing with re lube and careful inspection of the lining and new return/hold down spring kit installed. Use high temp brake lube and just on the exact areas - do the star adjuster too while you're having so much fun

If you find the spot on backing place or spot on metal of shoe It might be a bent backing plate or perhaps a wheel bearing allowing too much end lash (in and out motion) of which there should be near none!

stil trying to figure noise.Took completely apart and lubed backing plate and shoes and plate look good.Noise went away for a day and then returned.No play in the bearing.the sound starts when braking around 20 mph and then gets louder.I am thinking of replacing hub/bearing assembly only because when I spin wheel when off ground it seems to have some resistance.

WOW - This has gone on a while! Let me list out some standard drum brake noise possibilities:

* Drum to backing plate (seems ruled out??)
* Shoe stuck in a worn groove in backing plate (new back plate may be required)
* Broken shoe? loose rivot or bond?
* Cracks in the lining can cause noise
* Hardware somehow not in properly. Wrong spring perhaps. Left and rights should be "mirror" images of each other for lower spring - that is "asymetrically opposite" if you will
* Larger shoe in front instead of back??
* Parking brake issues?
* Wheel cylinder NOT allowing springs to return shoes fully? May have to watch that with drum off but don't let a helper push much with drum off - just enough to move - that's all.
** A not so common maybe - the axle can move in and out too far. Many held by a "C" clip thing inside differentials for RWDs or problem with bearing hub with FWD types that are sealed units. If two separate bearings they may not be snugged up enough OR inner seal can rub on some rust or something??

** Tires to rims or trim parts to wheels can make noise. Temporarily overinflate by about 10psi the noisy tire it may quit. Don't leave it over inflated. If this is a tire to rim noise the tires will have to be removed and goo put on sealing surface to solve that.

** Maybe wheel to drum contact is funky even when properly torqued. You should be safe to put a fingerprint of grease on contact area - make sure lugs are torqued to spec still! (Note) Wheel probably only touches drum in 5 spots which may show evidence??

Thanks for replies.....no excessive pull in front brakes.No springs on this model just one spring for the self adjuster.Backing plate is smooth.The splash shield is bent a little.I changed drum with new one awhile back and noise stopped for about 2 weeks and then started again.The shoes are bonded and have a lot of material.

Drum brakes have a front and rear return spring not just one for the adjuster! Are we talking about fairly standard drum brakes? If NO return springs what would push back the wheel cylinder?

it is called a retractor spring but not your typical brake springs.One on each shoe.

When coming to a stop, do you notice the back end of the car squatting down and the brakes tending to grab a little too much?

best prices EVER...fill out the forum and on the next page wontbelie the prices!