Finish Selecting Your Vehicle to Shop For Your Blower Motor Resistor

Choose a Year for your Plymouth 's Blower Motor Resistor 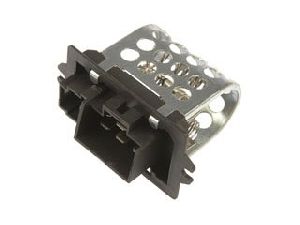 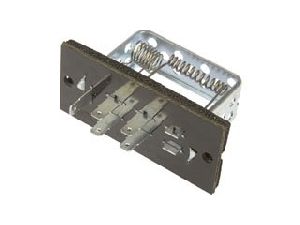 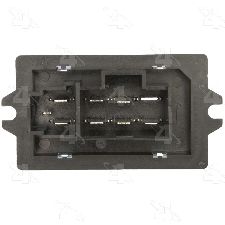 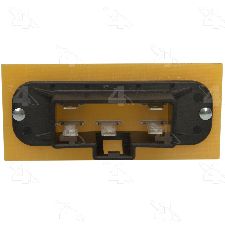 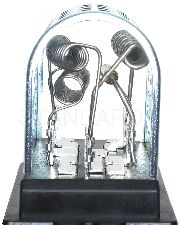 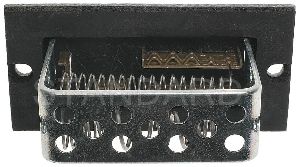 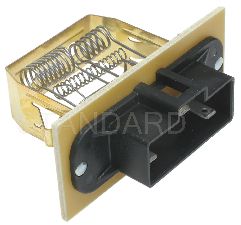 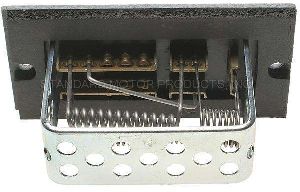 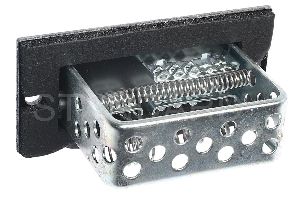 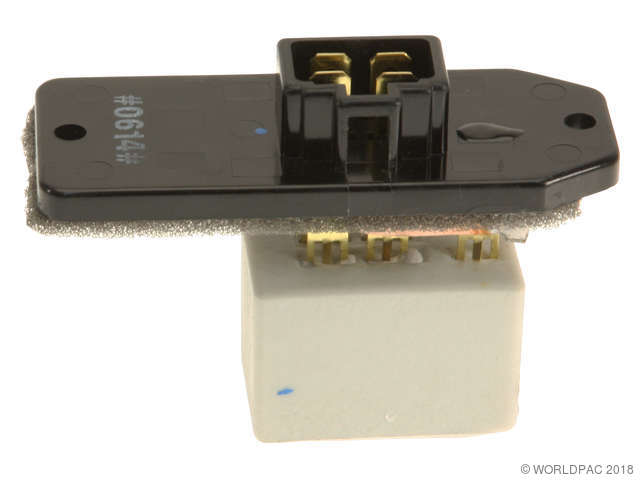 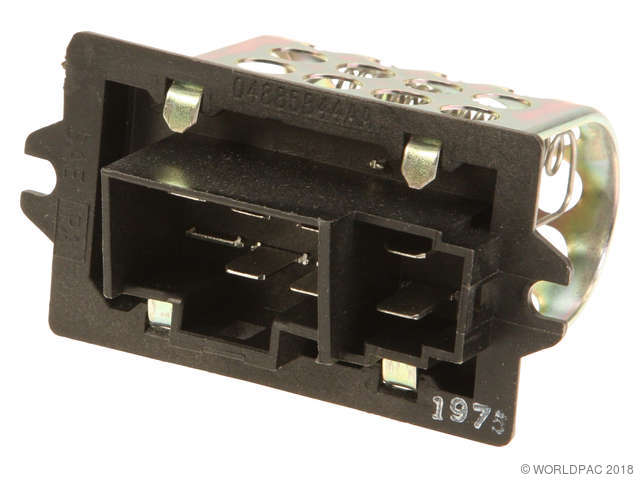 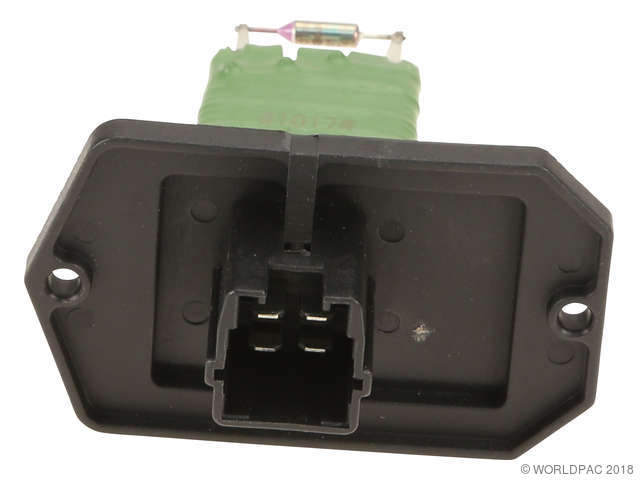 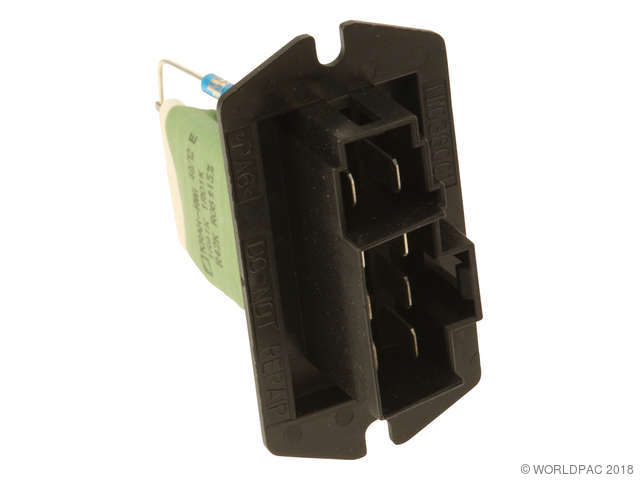 Under the dash on the passenger side.

This is going to be long, and it will seem like I'm bouncing back and forth between problems, but bear with me, the problems seem to relate to one another....

About a year and a half ago, the engine started running like crap. One or possibly two cylinders just started dropping out while driving down the road. This was a sporadic problem that I couldn't seem to recreate at will. It was a total crap shoot as to whether it was going to run bad or run okay. I took it into a local mechanic, they went through everything they new, and ended up replacing the plugs and plug wires. After just a few days, the problem reoccured. It was suggested by a friend to replace the coil pack. Once the coil pack was replaced, the problem went away for aproximately 6 months. All this time, the check engine light would come on, but no codes were stored. Mechanics would reset the light, and it would stay off for several months, then the engine would start running badly, again sporadically. It didn't seem to coincide with the engine being cold or hot. At times it would miss when it was cold, at other times after running for hours.

Over the next year, each time the engine started running poorly, I would replace the coil pack, which seemed to fix the issue for 4 to 6 months.

At the same time, the variable speed switch for the fan blower quit working. The local mechanic worked to trace out the cause for over a week with no solution. I ordered a new AC switch assembly, but the new switch did not work either, telling me it wasn't the switch. The relay located in the firewall was replaced, as well as the blower motor, both items made no difference. I finally had the mechanic hook the blower up direct to the battery with a toggle switch installed on the dash so I could use the AC. This worked fine, but the blower was only off or on, no variable speed.

After a few more months, I took the van into the dealer to have some "bring the van back up to good condition" work done, including fixing the AC blower fan issue. After at least two attempts replacing a few components relating to the blower electrical lines, they ended up replacing out the wiring harness to the blower. This fixed the problem with blower. All the while, they were still trying to trace out the sporadic engine missing issue.

Here is where it gets weird. While driving down the highway with the AC blower off, the engine started doing the missing thing, sputtering, backfiring, and losing power. By this time I was getting very frustrated and decided to just keep going and ignore the missing until it decided to just die completley. I reached down and turned the AC blower to high, (the 5th position), and the engine missing stopped completley! Turn the blower to off, the engine starts missing again. I took the van back in to the dealer, and after showing them I can actually effect the issue, they replace some relays and other components relating to the wireing path to the blower, but they cannot figure out what is causing the missing. Every time they work on it, it seems to work for a few days to weeks, then starts missing again, and once again turning the blower to the 4th or 5th position causes it to stop. If I turn the switch to off, 1, 2, or 3, the missing starts again. I'm wondering if the change in voltage is what is effecting the problem??

Obviously since I'm posting this on a forum, I'm getting to the desperate stage. I need this van to last at least another 6 months to a year. Surely I'm not the only person in the world that has a problem like this.

Any suggestions or ideas??

There was a service bulletin on the blower motor resistor causing problems in the operation of the blower.

How handy are you at trouble shooting with a voltmeter?

I can muddle my way through diagnostic stuff, but not like a mechanic can. I think at this point, I'm going to go to my dealer, gather all the specifics on what they actually tried/replaced, then go to a different dealer and try that. Keep any suggestions coming, I will pass anything I learn on to the next dealer.

Are there any online resources with the service bulletins listed?

Oh, by the way, I want to thank you guys for posting and trying to help me out.

I was reading the link you posted. It seems to be similiar issues. The same codes were registering, which also caused the dealer to replace the cam sensor and the crank sensor. That actually led to them replacing the flywheel. I agree with your statement about the dealer not really needing to replace the flywheel.

I think I will print your post and take it with me on my next trip to the shop.

blower motor resister is where you should start, the dealer should have been very aware of this

Okay, I have a little bit more info on my wonderful story:

Here is a list of what the Dealer has tried. These are right off the work orders, and I'm not sure what some of them are:

That's all I can get off their work orders.

How big of a job is it to just replace every bit of wiring on the engine? That would take care of any grounding problems or shorts.

Okay, at the very least, what are some resources I could go to to find out some information about my issues?

Its going to sound weird but it could be cold solder joints in the instrument panel. You also might want to just take a look at my most recent post here at Car Junky:

The trouble with my van started with the same poor performance problems as yours.

Being that you can stop the missing by turning the AC fan on high tells me you are missing a ground some where and the system is compensating by sending the ground through the new wiring harness on the AC motor.

I my humble opinion I would find another dealer. To replace a flywheel without proving it bad is just wrong. They should have had a dual trace scope. It's a very common piece of test equipment at dealers today. With that they could have looked at the crank sensor signal and determined that the flywheel was not at fault.

Have you tried cleaning all the computer plugs? These vehicles are very sensitive to dirt and corrosion on the plugs.