Finish Selecting Your Vehicle to Shop For Your Axle

Choose a Year for your Porsche 's Axle

We stock Axle parts for most Porsche models, including Cayenne. 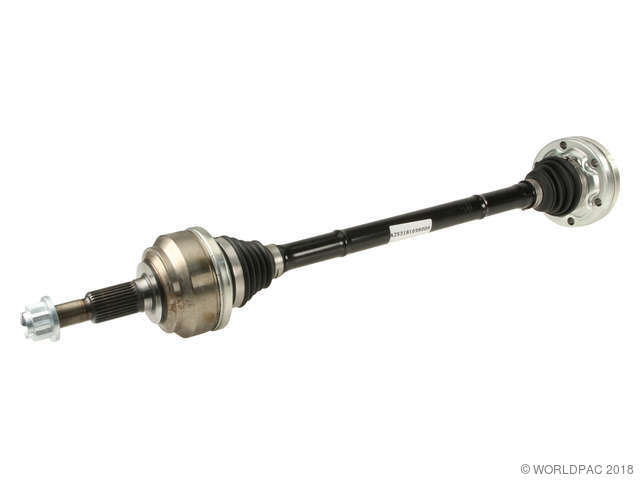 2000 porsche 911 recently repaired clutch because i thought it was slipping. I would ride the clutch to put car away in garage with steep driveway. I have put 2000 km on since repair, now it appears to be the same as before the repair was done? any ideas
Thanks

I would ride the clutch to put car away in garage with steep driveway.

You answered your own question.

I guess I did, but I am thinking that my driveway is only 25 feet long, when I try to drive aggressively the motor reving high and dumping the clutch the clutch appears to slip, maybe the rear engine and wide tires create enough traction that the tires will not spin, but if that the case I would expect to accelerate much quicker. Could be lack of driver skill...

maybe the rear engine and wide tires create enough traction that the tires will not spin,

The engine has more than enough power to melt the tires, but if the system is enabled, it won't spin.

Driving-stability control:
If Traction Control (TC) detects that a certain speed difference between the wheels has been exceeded (wheel spin), engine power is automatically reduced.

Brake control:
In addition to reducing the engine power (driving stability control), the TC (via the ABD) brakes the drive wheel that is spinning.
Since this control requires the drive wheels to be individually controlled, the ABS/TC system is a 4-channel system.

Switching driving stability control back on*

Press the indicator light in the rocker switch.*

Driving stability control cannot be switched on again during a TC control process (information light on).

* Press the switch for at least 0.1 second. Then a further 0.3 second will pass until the routine is complete. Only then is driving stability control switched off or on.

Now watch. Since I put that information in the previous post, the OP is going to go out side and find the button to turn it off. Then he is going to leave two burn out marks up his driveway and his wife is going to be pissed.

HAHA! wait a few minutes while I go and try out your suggestions, I hope you are correct ...about the car that is...

only slightly embarrassed, the PSM was on. Thanks for the help.

Smile - riding the clutch is a no-no for about any reason unless you like the smell of "eau-de-asbestos" fragrance (wife might like) and loss of more bucks which she wont!

Closed to prevent spamming and hijacking.