Choose a Year for your Honda 's Alternator

Shop below for all Alternator related parts for your Honda 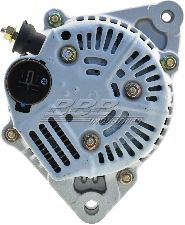 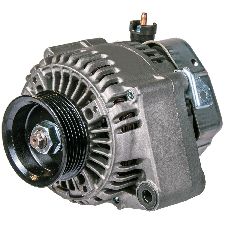 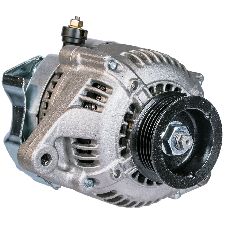 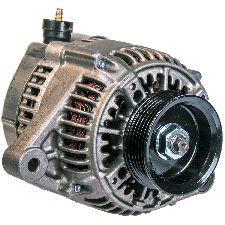 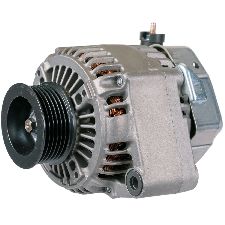 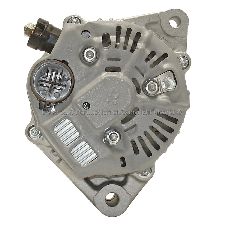 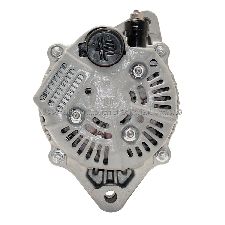 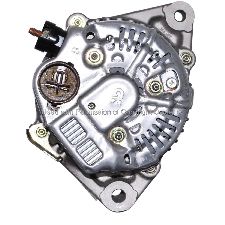 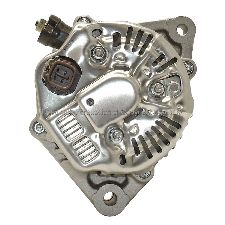 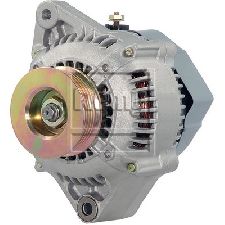 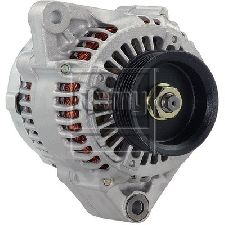 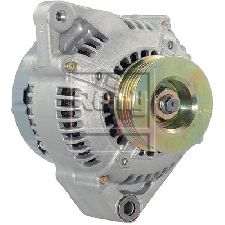 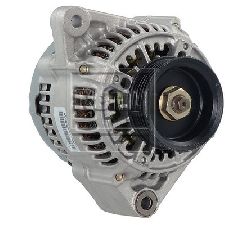 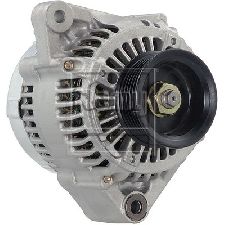 My battery recently died on my 91 honda prelude. When I went to get a battery I had them test the alternator just to make sure that the battery really was dead instead of the car not recharging the battery. It was working perfectly fine and my car even ran just fine after a jumpstart without a battery in the car.
That was about a month ago. Then a few weeks ago I was idling, waiting for a friend, and the lights started to fade to nothing and eventually the car just stopped running. I thought it was a battery problem, so I got a quick jump and started off again. About a 1/4 mile down the road, the same thing happened while I was stepping on the gas. There was nothing I could do and it just slowely died. We tried to jump it again, and this time, we let it charge for about 30 min. I turned around, heading for home, and it died at the exact spot where it had died the first time.

This morning I finally got a chance to get back to the car and have a look. i was hopping it was something simple like a belt came off or something. But everything is intact. I got in the car, just to see what would happen and the dash lit up and the "door ajar" beeper went off, but when I tried to start it, the engine didn't budge. Since all the lights came on and the battery is still so new I'm wondering if this is really an electrical problem or is there something else going on here?

npulls; This smacks of a charging system problem. Have the battery fully charged and tested. Then, have the alternator tested. Make sure that you don't have a blown fuse. Many of these had a fused circuit for the alternator.

I got my Prelude in the summer of 2015. I bought it used on Craigslist. It is lowered, has aftermarket headlights as well as sound-system.

I used if from July-October with no issues. Mid October I removed insurance and left it on my front lawn for November-December. In January I decided to reinsure.

I had issues starting it since I left it alone for the few months.

At first, it would not start. I checked my battery terminals and they were loose. Then my car worked for a few weeks.

Again, my car stopped starting. Deduction lead me to go get the battery replaced. I bought a battery from mechanic A. Got it installed. Car still would not work. So I wen't to go get an alternator from mechanic B. Mechanic B said that actually, my battery was bad even though I just got it form Mechanic A. Bought a new battery from Mechanic B. Car worked for a day or two. Went to go buy a refurbished Alternator from Mechanic C, was told that my Alternator was definitely the issue and my battery was OK.

Got the new Alternator. Car worked for a few days. Went to start it, now it was not starting again. Took car to more upscale and reputable Mechanic D. I had an AVR Test done and Mechanic D told me my alternator I just bought 4 days ago was shit because it was second hand and it was not charging my battery. So I bought a brand NEW Alternator.

Once again, car worked for a few days. But eventually, I would go to start the car and it would not start.

Called Mechanic D. Wen't back to them and had an electrical diagnosis AGAIN. They told me they could not find anything.

I was able to drive the car home. They must have charged the battery. Within a few days, the car would not start again. I got my neighbour to come check it out. He noticed that when my parking lights are on, my engine would slow down and so he said they were draining a lot of power. We determined this just by listening to the engine. My after-market bright headlights did NOT drain as much power as my duller parking headlights.

And now I am here.

Every time I would not be able to start the car, I would be able to get it going with jumper cables. I have checked every light and electrical thing I can find and I cant say that anything is staying on and drawing the battery from what I can tell.

Before I contacted my neighbour, the car, unlike any other time, made clicking noises while I tried to start it but since then, that has not happened. I used it the other day after jump starting it and it was fine.

1.) It seems that once I go 1 day without driving, It will be dead when I go to start it
2.) My engine did definitely slow down, and my neighbour read a battery draw, when I turned OFF my bright headlights and my parking headlights automatically come on.

This is been an ongoing issue now since January-ish and it is obviously quite frustrating. Im not very car savvy. I want to call Mechanic D again but I do not really see what they can do since they told me last time they COULD NOT find anything. It is not apparent that they know bout the parking lights though.

Any help would be greatly appreciated, hopefully everything makes sense.

! You have all these techs or places just tossing things at it and don't see any diagnosis of the problem? It probably isn't charging and may have nothing to do with battery or alternator except stating they were replaced.
A few months is enough time to kill a weak battery if just left alone or any if a lurking problem.
You said it's altered but must have been running OK at least when parked. What possible theft features might be messing with you and are they if any being reset to use as most would trigger something with just disconnecting battery for any reason.
Seems to like a newly installed battery. How about when/if it does run see if it's charging and buy a dang charger to charge them up not just using the car to do that which can cause a problem you didn't have,