Choose a Year for your Dodge Ram 1500 's Alternator 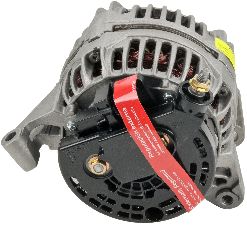 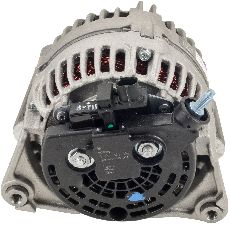 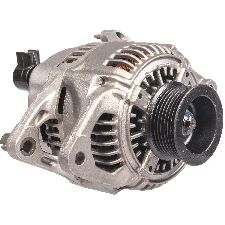 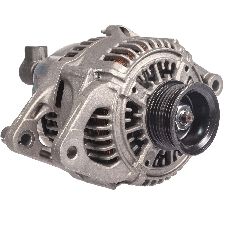 After sitting for 2 weeks when I started the engine, the low fuel light was on, fuel guage not working, ABS light on also brake light was on. i have checked all fuses and looked for any obivious loose ground wires. Anyone have a clue were to start.

Yikes - all that in two weeks! Double check the grounds you can find, add one or two with even jumper clips neg to body, neg to frame. Wild outside guess and something to try is to disconnect neg at battery, charge it with charger separate from truck's alternator and there's a wild maybe of a chance things will reset. If you feel confident (you are there to make this call) drive it after that but quit if brakes have any funky feel at all and certainly make sure fluids are properly filled,

thank,s I will let you know what I find.

If no changes come back. Someone here may have a better clue,

hi,
I have a 1997 dodge ram 1500, I had to replace the alternator so I disconnected the battery, I installed it and reconnected the battery and the alarm kept going off every time I turned the key and now that I reset the computer the alarm did stop but now the ignition wont turn anyone know what to do????

Showing 2 out of 2 Posts
Question From yobigtoejoe on DODGE RAM 1500 PROBLEMS! help!

Ok so here's whats going on, about 2 weeks ago, I took out the manufacturer stereo/cd player out of my dodge ram 1500 - 1998. I had a newer stereo/cd player and I tried to rewire it according to the colors on the stereo/cd player. Well I am pretty sure I hooked up the speakers up according to color, which seems to work, but the part that F**ked me over, were a few wires, I couldnt get my cd player to start when the car is on, I had to have my lights on, which wasnt right. well while I was undoing it, I zapped the light wire, and it drained my battery, so Im like Sh!t, so I replaced the battery, and talked to a guy at autozone, cuz he used to do stereo's and he said, well you can always directly connect the stereo battery and acc to the fuse box, so thats what i did, I connected the yellow "battery" to cigarette lighter, and red to the radio, and it worked, but now, my truck keeps "dieing" and idk what it is, it wont start, the battery is good, but idk whats going on

Is it the stereo? Cuz the stereo is working now, but idk if i still have some wires hooked up wrong? or what? like if my battery was dead, and i tried to turn on the ignition, it would click, but my lights work fine, and my alternator is good, cuz i had taht checked as well, but whenever i try to turn ont he ignition, its nothing, no sound, not even clicking,

oh and last week, my car died while i was driving it, turn to find out it was a fuse, but maybe its a fuse, but how do i stop the fuses from blowing out?

I'm not a good sound system geek but if you are blowing fuses something is all wrong! Even in this old truck the OE radio may have had functions other than just playing a radio. You need to get the right "interface" such that your replacement just plugs in. Dang interface may cost as much as the radio. Forget trying to match up wires by color - it ain't quite that simple,

When the vehicle shut off, the gas, temp, alternator and oil pressure guages will stop working. I know the vehicle is ready to start again when these gauges start back working.


Guess? Battery issue or cable connections a maybe. Both ends of cables are critical and must be known good. A battery over 3-4 years is suspect for an internal issue. IMO after about 3 years a battery is not dependable. Batteries can short inside themselves and sometimes recover but almost never on a schedule like this so I'm not so sure about that? When a battery shorts it usually ends it for good,

I have a 2007 dodge ram 1500, 135,000miles.
Main problem...when I initially turn the truck it revs up and down between 1,000 rpms to 1,500rpms and when I start driving it'll jump up to 2500rpms and the shift really hard back down below 2000. Then it will continually do this the whole time. Here lately when I push on the brake to slow down it'll shift down really hard or it does it when coming to gradual stop. Another issue, if I have to sit to long like say in a drive-thru it'll start acting like its going to shut down, so I turn it off and then back on after a min and then it'll start back up just fine. I do have a p0068 code coming up.


Any suggestions? We changed the transmission fluid and changed out the 02 sensors.

Did you replace the o2 sensors with factory originals from the dealer? Was it doing this before you replaced the sensors?

It's a 4.7liter, 2wd.
No, I went to autozone and bought them, and yes it was doing this before hand.

You should check for vacuum leaks, make sure the throttle moves easy, and verify the throttle bore isn't carboned up.

The P0068 is a MAP and TPS correlation code. Basically the MAP and the TPS inputs don't agree with each other for some reason. High manifold pressure from a vacuum leak can cause this type of code to set and also cause the PCM to go into high air flow protection limiting mode, so it is important to be sure you don't have a vacuum leak before moving on to the next step.


Just curious, but what was the reason for replacing the oxygen sensors?

We had another code that was coming on and changing the O2 sensors made it go away. Today it was running like crap with high revving and I got home turned it off. Went to leave an hr later and now it won't turn over at all. Maybe it's not a transmission problem?

Maybe not. Now it won't crank? Is the battery fully charged and tests good? Maybe when you get it running again, check the charging system voltage. Modules will act funny if the charging voltage is too high or there is excessive alternator ripple.

Ok so I have changed my battery and starter and it still won't turn over. Tried putting it in N and that didn't work, tried putting it in reverse and then back in park, nothing. I'm not sure what else it could be.

This is where it starts to get a little complex. The starting circuit on this isn't like your normal starting circuit. There are three computer modules that are involved that will allow power to the starter solenoid or not. The only way your going to be able to trouble shoot this, unless you find something obvious wrong, is with a volt meter, wiring diagram, and possibly an enhanced scan tool. You also need to have knowledge of how to troubleshoot electrical circuits using voltage drop testing.

The PCM tells the TIPM (totally integrated power module) to energize the starter relay to allow current to flow to the starter solenoid. PCM gets start request from the ignition switch. The 3rd module is the sentry key module (immobilizer).

The battery gauge wasn't quite to the middle line so I tried jumping the battery and it still wouldn't turn over. I'll have to take it to get tested tomorrow.

Hello,
If you can post the vin, i can see what transmission is in your truck, there are a few choices. Gary