Finish Selecting Your Vehicle to Shop For Your Air Temperature Sensor

Choose a Year for your Saturn 's Air Temperature Sensor

We stock Air Temperature Sensor parts for most Saturn models, including Vue. 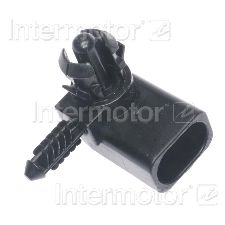 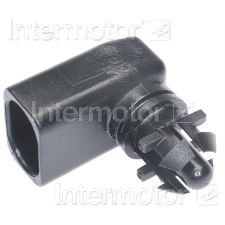 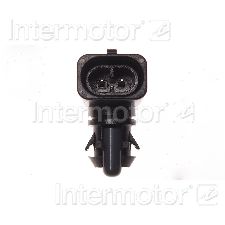 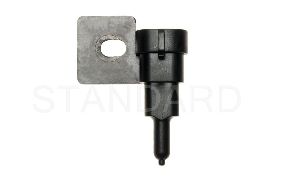 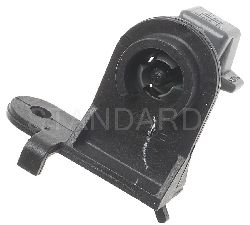 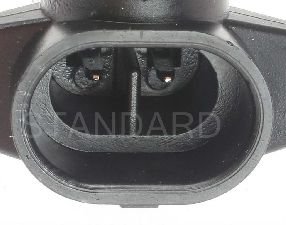 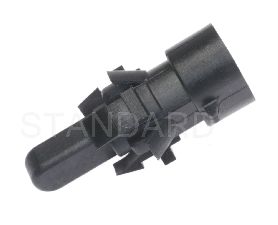 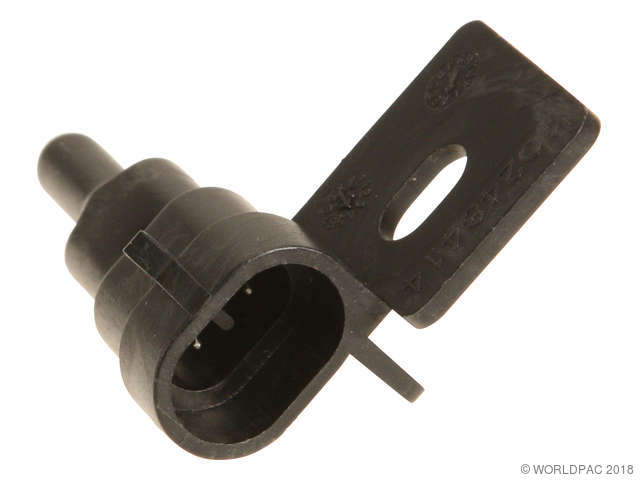 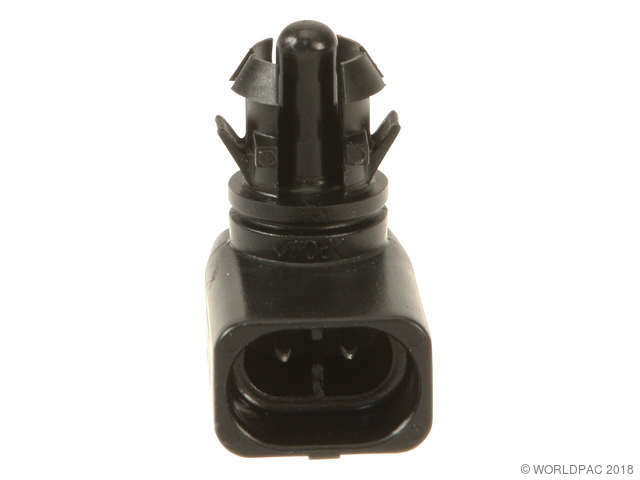 my 1996 saturn, 90,000 miles, has suddenly decided not to work, it will start and then die after about ten minutes, after given sit time it will start again, but will again die. i know that my car stays on longer when the engine is colder, like early in the morning, any ideas as to what is wrong?

This 96 SL2 (165,000) has the dohc setup with a 5 speed. we did some work on it a while back and left the intake air temperature sensor unplugged and it ran terrible till we found that (through a scan at autozone) and stuck it back on. Though much better the car still intermittantly stumbles. It is a little hard to start but always will with full static throttle. Lays a little blue cloud each time it starts from cold. It tries to die when idling during the first minute or so, then drives normally most of the time. Occasionally, and without warning even after warmed up, it will stumble when revving to take off from a stop. During the times that it is showing this symptom, it can be revved up with the right touch on the accelerator, but cuts out at 4K or so rpms and then catches again immediately, over and over. After a tantrum like this it goes again like everthing is fine. I have now driven it enough to burn a tank that had Lucas fuel system cleaner in it. It is still just not quite acceptable to turn back over to my daughter. The engine light has stayed off since we reconnected the IAT sensor. What should we do next?
Before my daughter bought this car we drove some other saturns that had automatics. in 2 separate cars i put them in reverse and backed up as fast as i thought prudent to see how it would act. both cars cut out at a certain speed like 15mph, and we talked to a tranny shop who told us not to buy either car. Since then i have talked to a mechanic about this who said that it was a design feature to prevent a car from going too fast in reverse and was nothing to do with a faulty tranny. I bring this up because when the car is in this cutout mode it acts very similarly to what those automatics did.

Sorry I didnâ€™t get back to you over on Venturiâ€™s site, I kind of forgot about it, as your post was in the â€œintroduce yourselfâ€ forum.
You may need to check things like fuel pressure and volume while itâ€™s doing its thing, it would also be handy to now what the scan data is while the car is acting up. You may have a sensor that is beginning to fail but is still within its perimeters and not setting a code.
Youâ€™d be amazed what a TPS (Throttle Position Sensor) can do if it jumps from .5 of a volt to lets say 3.5 volts, the poor computer thinks you just jumped on the throttle and throws a whack of fuel at the engine, causing it to flood out.
Now Iâ€™m not saying itâ€™s the TPS but just using it as an example, because the computer knows that around .5 of a volt is closed throttle and at 4.5 volts is wide open. Anything in between is normal for the computer to see, depending on where your foot is on the throttle. Itâ€™s a variable resistor something like a dimmer switch in your house that can turn your lights in a room from full bright to dim.
Sorry but you may need to go to someone that has a good understanding of the system and can properly interpret scan data, scanners are used for more then just reading codes.
Dan.

Thank you. That makes sense. It really acts to me like a control system/sensor/interpretation problem and though i hate to involve a professional and pay money i have to admit that there are times when i am glad they are available. These modern systems don't always respond well to a bigger hammer or let some air out of the tires.
Meanwhile i brought home a fuel filter that i figure is a maintenance item anyway and it will keep me busy while I am processing my mechanical limitations. Actually, I think I'll poke around a little more and see if i can get the car to flinch somewhere.

You mentioned you left a wire off the air cleaner and used some fuel solvent. Dan mentioned the TPS which can cause all kinds of trouble. For the price I'd consider a new set of plugs too. Just a thought, - T

I think a real mechanic could sometimes be disgusted by the guys like me who hit on a suspicion and buy a part and stick it on without really knowing what is the cause of the problem. Like a competent doctor, a good mechanic with equipment and knowhow can (usually) pinpoint the diagnosis and fix what is really the matter without replacing much of what is under the hood every time. This is the essence of a good practice. The shadetree tinker comes along and gets his car fixed eventually, sometimes suddenly, but without the finesse that a real artist can muster and it is just less inspiring- less pure. I apologize that I am in the latter camp. I say that with deference to and respect for the masters who generously share their understanding and enthusiasm, as on this site. This help is invaluable. Even so, I am pretty sure that I am way ahead of the game using natural curiosity and the experience that has been forced upon me through the slings and arrows of outrageous fortune for the last 30 or so years being a DIYer.
I replaced the plugs, cables, and coil packs last week, and the fuel filter this week. A TPS is only 21 bucks and I may go for that next. I have a test procedure for it in the Haynes manual but for the time and money I'd just as soon put a new one on there and know its done. I'll let you know what happens.

I put a new TPS on last night. It was more difficult than expected as the 2 little star fasteners that hold it on are backed right up to the firewall. For the time and money I might have been better off finding the VOM and running through the check procedure after all.
No change in behavior. It revs to about 4200 then cuts out and drops to 4000 or so and back up, cuts again, over and over.

Just a thought. What you're describing could be the normal function of the rev limiter that is programmed into most ECMs.

Hmm. That sounds like a possible explanation for the cutting out at high rev. Perhaps it would be the same function but at a lower rpm when in reverse. I did finally run the check on the IAT sensor. I got to thinking that even though i had it disconnected for a little while and that was a significant problem, it still could be going out. Seems to change resistance smoothly within the right values. I may just need to drive the car a little more. Maybe bring it in to work for a few days and see what happens.


I have driven the saturn to work the last 2 days (15 miles each way) and it has not stumbled or whimpered in any way. When I checked the IAT sensor a couple of nights ago i looked at the connection more closely before sticking it back on. it looked like it might be possible to reverse the plug orientation. Is that possible, and would the sensor act differently if the polarity were reversed? It had the right control voltage (5v) and it looked like a little shoulder inside the plug might be slightly rotated to prevent wrong connection. the plug is pretty small and a little deformed by now so I couldn't be sure about it. I would be pretty happy if that is all it is. I plan to drive it a couple more days before giving it back to the kids.

So here is the final outcome. the car was not fixed in november as i was hoping, but it was not needed as my daughter went overseas and is still in germany. the car has been sitting parked until i found time to get it fixed and sell it for her. we took it to a guy that works on a lot of saturns and he found the real problem-the coolant temperature sensor. it was telling the main computer that it was cold all the time, hence the too rich mixture and the stalling after warmup. the cutting out at 4200 rpm and kicking back in at 4000 is normal. it has a high-rev sensor to protect the engine. well, thats the story. maybe it will help someone else. thanks for all the help offered here.

Iâ€™m not sure what else to suggest, with out getting under the hood with you and doing some actual testing. Other then going back to the basics and looking for vacuum leaks, sort of that it maybe time to throw your hands up and take it in.
Sorry.
Dan.