Finish Selecting Your Vehicle to Shop For Your Accelerator Pedal

Choose a Year for your Toyota 's Accelerator Pedal

We stock Accelerator Pedal parts for most Toyota models, including Camry, Solara. 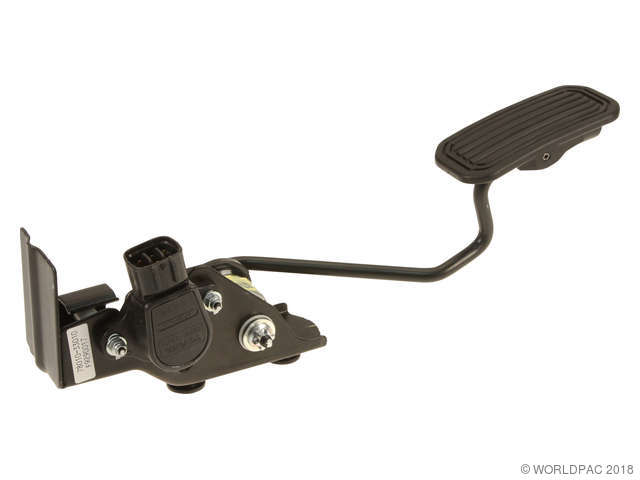 Showing 3 out of 3 Posts
Question From TrueRush on '96 Toyota Corolla Seca (hatch) Lack of power.

The car is a '96 Toyota Corolla hatch automatic with 220kms on it. Initially, I thought it was a transmission problem, went to C.A.T.S in Rosebery, Sydney Australia and the manager there test drove it and said nothing was wrong with the trans. I highly recommend the buisness if you have any trans woes(they saved me $180.00aud).

He said it needs a tune-up. The car lacks power when putting the accelerator pedal down. it'll rev high but the power isnt immediately there. if i slowly press the accelerator pedal down over time it gradually increases without problems. around 80km (50mph) if the gas pedal is pressed down for higher speeds this is when its most noticable with lack of oomph. for the size of the engine a 1.8L my mileage has been very poor so i'd like to find a solution to fixing this asap. Any ideas would be appreciated. i have a booked an appointment with a auto tune shop in Artarmon from the manager at C.A.T.S recommendation but they are flat out so the wait time is 2weeks. If i can get an idea of whats going on maybe i can go else where with an idea of what i want and not get ripped off else where.

Everybody currently working here is from either the US or Canada so we won't be much help with shops in Australia.

Yes, I'm aware of that. Just giving it a shot and hoping someone with similiar problems could possibly direct me in the right direction. Btw, I'm an American Citizen based in Oz. Hoping car will last me a few years before I commit to a new one.

Vehicle starts to missfire and surge when I accelerate when it's at normal running temperature. If I press the accelerator pedal slightly it's fine but when I accelerate from there it starts to jerk. When it's cold it's fine. A normal service was done a month ago: oil, plugs, oil filter, air cleaner filter. The problem started after driving up a long steep hill.

I'd begin with a good code reading. Even if no warning light there may be some info for direction to pursue on this. So far as it seems OK cold I think this is a fuel delivery issue,

Have an idea anyone?

Showing 3 out of 5 Posts | Show 2 Hidden Posts
Question From joemama on Have an idea anyone?

Bought a 2008 rav4 base auto 4cyl a year and a half ago. Two times this has happened to me. I go to start the car(in park) and it immediately goes into full throttle as if the throttle is stuck open. First time was a year ago and the second happened today. Had my parking break on and the vaj4 was wanting to race out of the parking gear. I slammed on the brakes and turned the ignition off. I start the car a minute later and it happens again. Push the car off the street, waited ten minutes , started it and all was fine. I never once touched the accelerator pedal. It wast stuck. The floor mats are connect to hooks to avoid sliding. None of the mil lights are on. I connected my mil code reader and nothing came up though my scanner is a cheapy

Anybody have any ideas?

I think you really should take this to Toyota. There could be something wrong with the accelerator pedal position (APP) sensors or any number of things that would cause the ECU to see a request for throttle activation. Obviously the ECU isn't seeing any problems, so it has to be seeing APP sensors showing something they shouldn't be showing.

Plan on taking it in tomorrow. I have the "plantinum" warranty which excludes about everything. Definitely done with Toyota after this. 100 point inspection on certified cars and the battery poos out a month after purchase. Thanks for your input I appreciate that

toyota couldnt find anything wrong with it. apparently i have clumbsy feet and gassed the accelerator pedal without letting up on it? looked at the car today because i was hearing a faint whining noise. the airbox was not seated properly. not sure if maybe that had something to do with the throttle or not. if i hadnt been laughing so hard at the fellow telling me about my feet i would have took a dump on his chest

Toyota has a long history of cases of unintended acceleration. I don't know if they ever resolved them satisfactorily.

I have recently bought a 1 litre Toyota Aygo 2006 74000 miles on the clock, when I bought the car 2 months ago I noticed a ticking sound coming from the bonnet, when I mentioned this on the test drive the dealer replied that its normal on a 1 litre engine.
I have recently had 2 passengers who also noticed this sound, they both mentioned this sound was not right (they have both been in Aygos previously).
The ticking only happens upon accelerating,it does not happen upon startup or in neutral,the harder the accelerator pedal is pressed the faster/louder it clicks.
I have re-filled with the correct engine oil,with no affect.
I have checked the oil engine cap and there is a tiny white mark in the depth of the cap (but not on the rim)

It would be great if someone has ideas as to what is causing the noise?

Can you record the noise, upload it to a video hosting site, and then paste the link in here? Maybe listening to it can shed some light.

Sounds engine speed related. Can you duplicate the noise by revving the engine with the transmission in park? Has someone looked under the hood and listened to pinpoint where the noise is exactly coming from?

Yeah ive tried reving the engine while in neutral but i cant hear the ticking sound,so im struggling to pinpoint the location.
Its happening when the car is in motion in gear,originally i thought it was the pulley but it only happens when accelerating,the second i lift off it dissapears.

If you brake torque the engine, does the noise show up?

Brake torque the engine means you have the transmission in gear while your foot is on the brake pedal and your giving it gas.

Yeah ive tried brake tourquing but im pretty sure theres no noise there,it seems to be only when im actually in motion and pressing the accelerator.
V confusing!

Is there any way you could go back to the dealer and drive another vehicle that is the same as yours just to see if it makes the same noise?