Finish Selecting Your Vehicle to Shop For Your Accelerator Pedal

Choose a Year for your Saab 's Accelerator Pedal

We stock Accelerator Pedal parts for most Saab models, including 95. 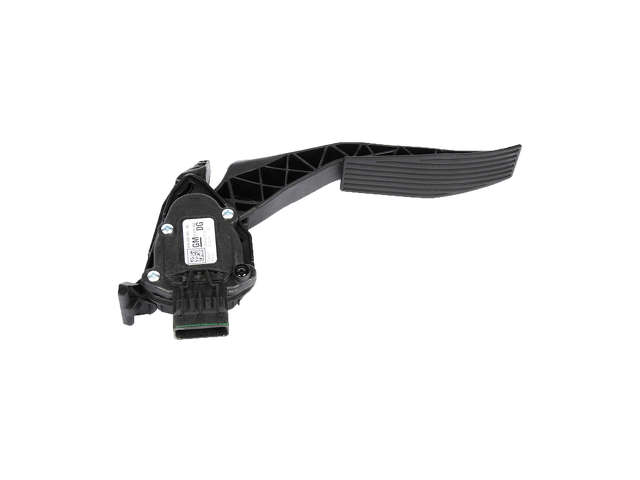 I have a 2005 chevy colorado 4cylinder, 5 speed manual, 58K miles, and I have had a recurring problem with an erratic idle. The problem occurs usually when I am coasting with the clutch in or in neutral, which I normally do when coming to a stop. The RPM's will drop as they normally should when not applying any throttle, but they continue to drop below 500 rpms, which causes the truck to shudder. The RPM's usually "bounce" back up to normal and then drop down low again.

The first time this happened was about a month after I had bought it and the truck had around 50K miles. The problem happened infrequently at first and I didn't think much of it until it got worse. Soon the engine light came on and I got the trouble code for a communication error between the crankshaft position sensor and the camshaft position sensor. I replaced the camshaft sensor and wiggled some wires around but the problem persisted. The crankshaft position sensor is not available to purchase yet and so I brought the truck in to the shop. They said that I had a major misfire but they didn't know why. They reset the computer and the truck ran fine. I got off light paying only $125.

The problem returned in 2 months gradually but got worse much faster and this time the truck stalled a few times when I started it and the check engine light was back on. I managed to get it on the road and I got a trouble signal that said that I had "reduced power" but I managed to make it to the local Chevy dealer (less than a mile away).

This shop said that it was the "crankshaft solenoid" which I didn't know existed, and they charged me $300 for the job. The truck was fine for a few more weeks.

Now the problem occurs on occasion but has not yet gotten too bad. The engine light has not come back on either, but I don't want to wait too long for it to come back.

Does anyone have any ideas for me? I don't want to sink any more money into this problem and I do consider myself to be mechanically inclined, but I am stumped on this one.

Hello I had the same problem with my 05 chevy colorado I had the problems you spoke of and it got even worse it stoppoed ideling. It was a easy fix I dont know if you can get your hands on a truck code computer but if not just get carb choke and throddle body cleaner take off the aircleaner box and remove the throttle body there will be carbon in it where the flap is clean it real good and put it all back togther after it is together clear all the codes. start the truck after clearing the codes it will run ruff. Trun the engine off wait 2 min and turn it back on the truck will run perfect. If you dont have a code reader go to the auto part store most will read it for free and ask them to just clear the codes. steve

Steve - that thread is a year and a half old. I sure hope it's already done!


Bulletin No.: 07-06-04-019
Date: June 21, 2007
TECHNICAL Subject:
Intermittent MIL/SES, DTC P2138 with Reduced Engine Power (Repair Instrument Panel (IP) to Body Harness Connector) Models:
2005-2008 GM Passenger Cars and Light Duty Trucks (Including Saturn)
2005-2008 HUMMER H2
2006-2008 HUMMER H3
2005-2008 Saab 9-7X
Condition
Some customers may comment on an intermittent MIl/SES light Illuminated with a message center or an indicator that displays Reduced Engine Power. DTC P2138-Accelerator Pedal Position (APP) Sensor 1-2 Correlation may be set. The voltage difference between APP sensor 1 and APP sensor 2 exceeds a predetermined value for more than 2 seconds.
Refer to DTC P2138 in SI for further diagnostics.
Cause
On some vehicles, the IP to body harness connector, which carries the APP signal to the ECM/PCM, is located in the left hand kick panel area and if the kick panel is not sealed properly, water enters and causes a short in the APP circuits setting a P2138 code.
Correction
Do Not replace the accelerator pedal assembly.
Locate the IP to body harness connector, which may be located in and around the left hand kick panel area. Check to see if there is a water leak into the area and repair as necessary.